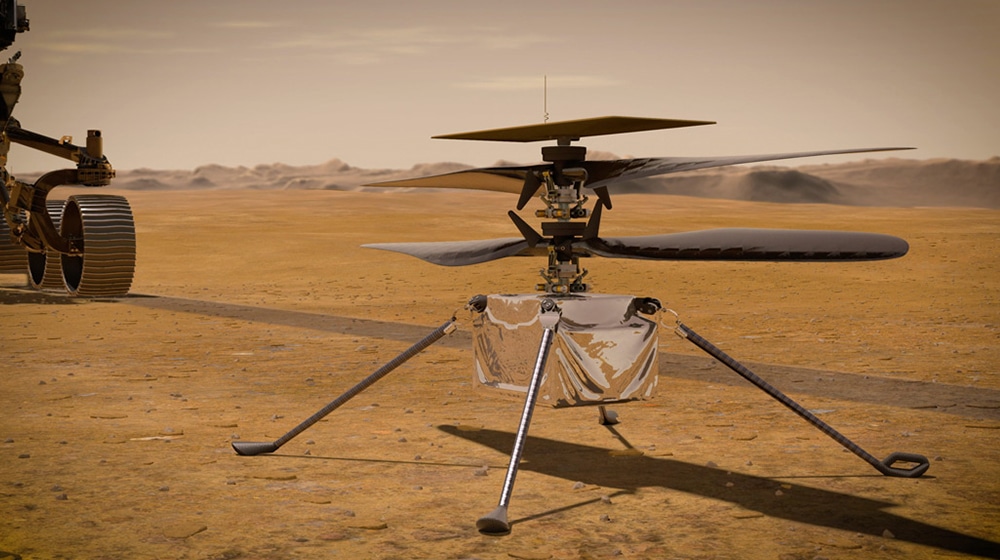 In 1903, a couple of like-minded individuals successfully engineered a powered flight on Earth. More than a century later, the National Aeronautics and Space Administration (NASA) now intends to replicate the feat but on another planet, and for the first time in aviation history.

Transported aboard the Perseverance vessel that now crawls peacefully on the rugged terrains of the Red Planet, the NASA team expects the helicopter to overcome several challenges that arise within the Martian airspace, which is just 1 percent as dense as the Earth’s atmosphere.

Termed “Ingenuity”, the helicopter has 4 feet, a box-like body coupled with 4 carbon-fiber blades connected to two separate rotors. It is also equipped with two high-quality cameras and standard navigation sensors.

Each flight will last up to a minute and a half, which is probably enough for NASA to calibrate similar flights in the future. Upgraded models could offer better vantage points not seen by current orbiters or by slow-moving rovers on the ground, allowing the helicopters to scope out the terrain for land-based robots or humans.

Ingenuity is expected to attempt its first flight test in spring 2021.