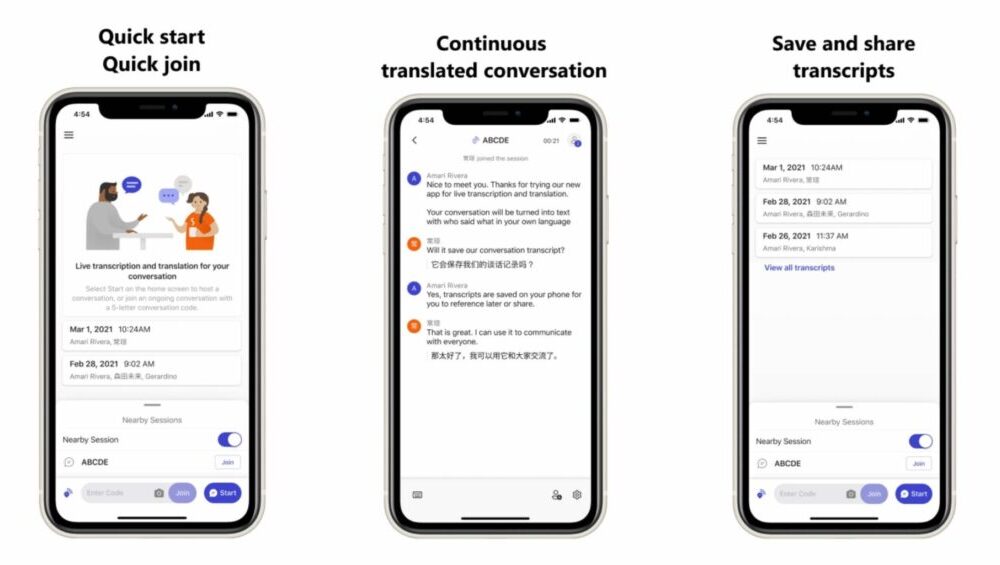 The days of being stuck in an international call with no way to understand each other are over. This is because Microsoft has finally released the perfect solution called Group Transcribe, which can translate a spoken conversation in real-time.

Group Transcribe is an app created by Microsoft Garage, a special subsection of Microsoft where employees can work on their own projects if they have nothing to do for the company or Windows.

To get started, all participants of the call need to have Group Transcribe installed on their devices. You then need to start a conversation through the app, which handles all the translations. You can join a call by either scanning QR codes or sharing a six-digit code that is generated automatically for calls.

When one side of the call speaks, the app picks up what they’re saying, figures out what they said, and translates it into your language as quickly as possible. All of this is done within seconds.

The app will not only show you Microsoft’s translations but also what the caller originally said on top of the translation. This is a good way to prevent mistranslations from potentially ruining any conversations and confusing the callers.

Microsoft says that every participant should have their phone at arm’s length to “have the highest quality experience”. There is no limit to how many people can join a call, but Microsoft says that it works best with up to 4 people.

Group Transcribe is only available on iOS for now but should roll out for Android soon enough.