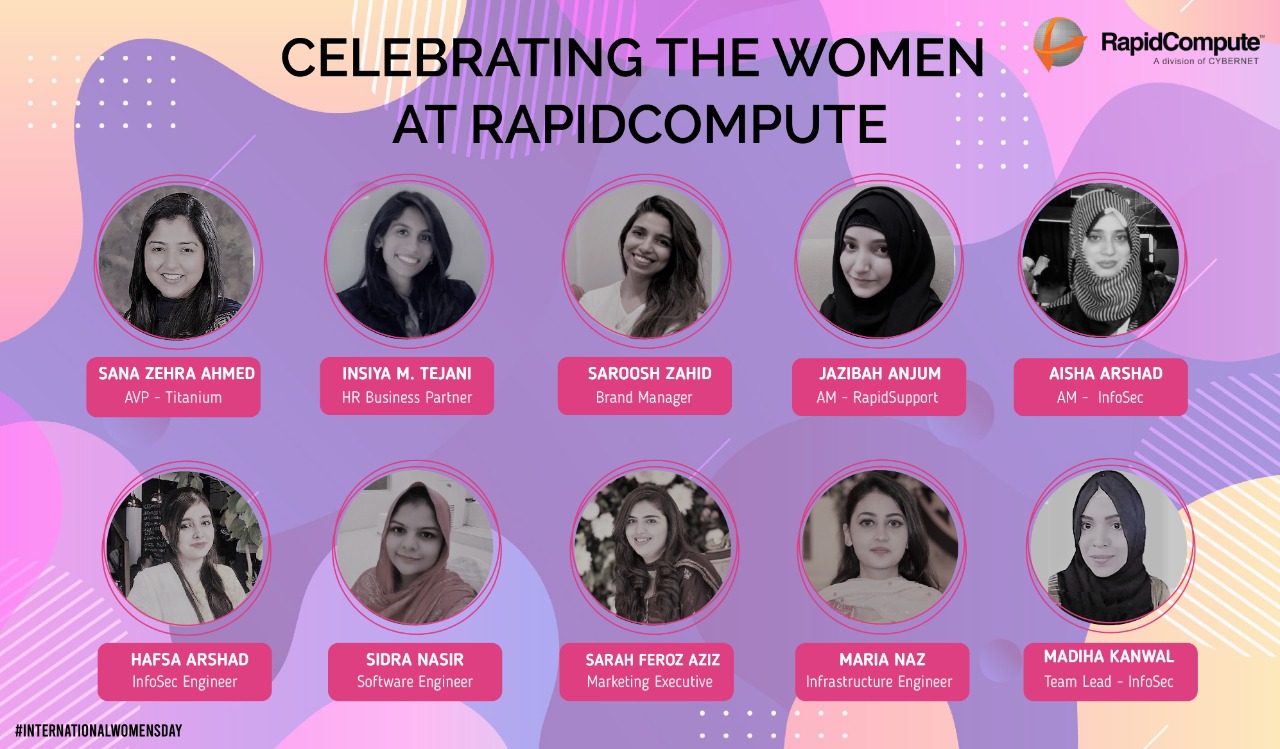 Sports and Technology, throughout the ages, have helped overcome all prejudice whether it be race, religion, caste, creed, ethnicity, economics, or geography. Looking at this from a tech point of view, today, no one cares if Steve Jobs was a Syrian immigrant, or if Elon Musk is of South African descent.

Does it matter if Sundar Pichai is a Hindu-Indian or if Mudassir Sheikha, the famous founder of Careem, is a Muslim from Pakistan? Technology has the ability to focus attention on itself alone. It is selfish in the best of ways.

The narrative is the same when it comes to gender diversity in tech. However, over the past few decades, women have had to fight for their right to compete on the global stage. They have been under far more scrutiny than men and their mistakes are often used as a chauvinistic war cry by the established patriarchy to sell short their contributions. This is why an Elizabeth Holmes is considered 10 times more damaging than a Bernie Madoff.

In 2011, RapidCompute, currently Pakistan’s largest cloud service provider, set out on its crazy journey to be the “first” of many things: the first cloud computing company in Pakistan, the first indigenously developed platform, the first ISO, GDPR, and PCI DSS certified cloud and much more.

The one thing that they did not expect was to be the only cloud service provider with a team of prolific female technophiles, who were running every integral part of this massively complex machinery. From Software to Engineering, from QA to Marketing, from InfoSec to Customer Services, everything noteworthy that RapidCompute has accomplished so far can be traced back to these great women.

Today, RapidCompute takes great pride in having more than 30% of its workforce as females, who have grown organically into cardinal roles within the organization.

This gender diversity adds greatly to conversations within the company, brings in fresh points of view, and often challenges the run-of-the-mill nature of operations that creep into organizations over time.

This year, RapidCompute is celebrating its 10th Anniversary as Pakistan’s first and largest cloud provider who acknowledges the fact that they have reached this far on the shoulders of remarkable women who helped build their stack, set up support mechanisms, helped sell it, brought it to the forefront and changed mindsets by marketing it and will now help take it globally to elevate the role of Pakistan as a major tech player.

Additionally, the company is looking forward to an exciting year ahead with its plan to empower start-ups, build developer communities and work with incubators and accelerators nationwide to enable the next wave of innovators. No doubt many of these initiatives will be led by great women as well.

Surely, technology and sports are the greatest equalizers. They focus squarely on what you bring to the table, what you’ve been able to achieve, and how you’ve changed lives for the better. And on the forefront, these remarkable women at RapidCompute seem to be doing a brilliant job and the company couldn’t imagine being where they are today without them.

More power to them and to RapidCompute for the great effort over the years and in the times to come.

Is Neelam Muneer’s Qayamat Taking The Route Of Soap Opera?