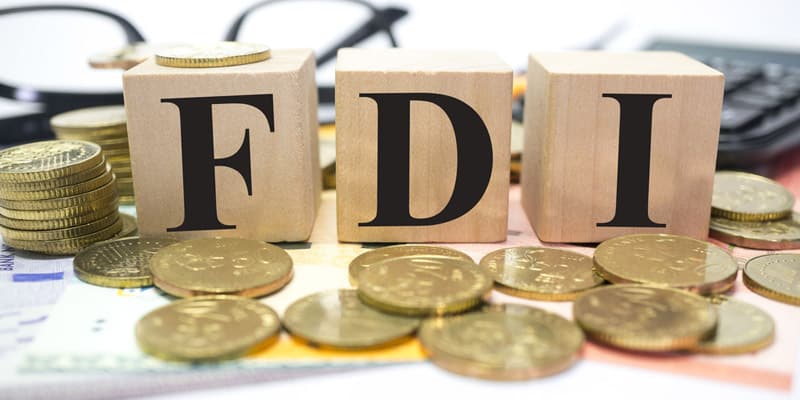 Foreign Direct Investment (FDI) in Pakistan has gone down by 35 percent, or $755 million, year-over-year, according to the latest data released by the State Bank of Pakistan (SBP).

FDI has been constantly deteriorating during the first nine months of this fiscal year (FY21). During July-March of FY21, foreign investors brought approximately $1.395 billion in Pakistan on account of FDI compared to $2.15 billion in the same period of the last fiscal year (FY20).

During the period under review, the country fetched FDI inflows amounted to $2.268 billion as against an outflow of $873 million, SBP data showed.

While part of this decline can be largely attributed to the extended virus fallout, a major chunk of the decline in FDI compared to last year can be traced to decreased inflows from China. Net FDI from China went down by 24 percent to $651 million in the period under discussion, down from $859 million in the previous fiscal year.

This is despite the fact that China continues to be the biggest contributor of FDI to Pakistan even this year. Hong Kong is the second largest investing country with an investment of $106 million, with the UK being third in the loss with $105 million FDI to Pakistan.

FDI inflows from China, Hong Kong, and the Netherlands fell compared to a year earlier, and those from the United Kingdom increased in July-March FY2021, SBP figures revealed.

Pakistan’s total foreign investment declined to $1.126 billion in July-March of FY21 compared to some $2.377 billion in the same period of FY20, showing a decline of $1.25 billion.

With respect to different economic segments, the power sector was the largest recipient of FDI, with total investment registering at $737.8 million in July-March FY2021, down from $742.4 million a year ago.