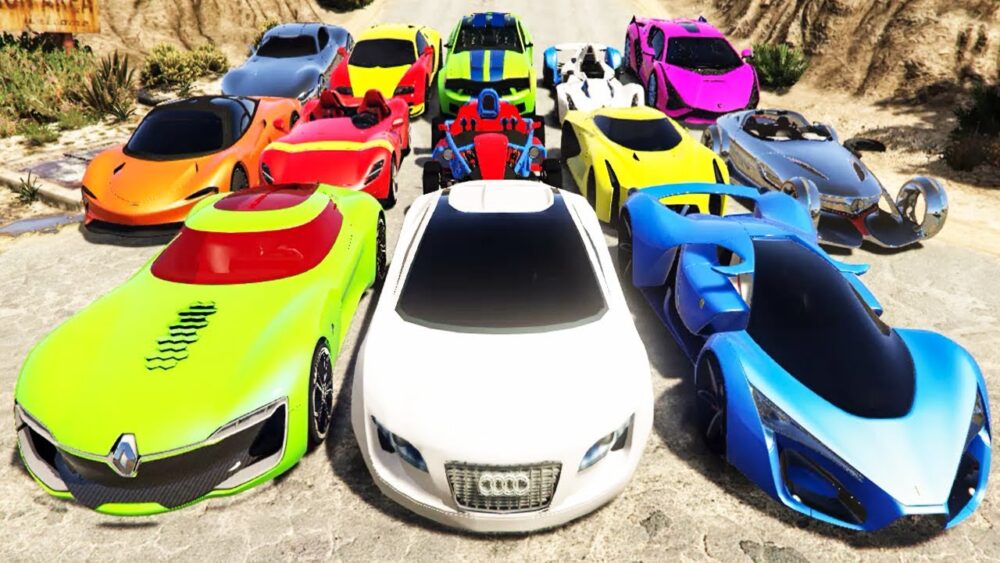 There are few video games that are more beloved and recognized the world over than the Grand Theft Auto (GTA) series. What started out as the most basic 2D game more than 2 decades ago, has now become a global phenomenon, as well as the biggest money-making franchise in the entire gaming industry.

There is, of course, a lot to love about the game itself, including the ability to explore the world and engage in action sequences, not the least of which, is the ability to drive awesome cars. GTA-V has a wide selection of cars that are not even from the real world, but the creators have done an incredible job of creating a semi-realistic alternate reality that has its own brands and its own design of vehicles.

However, there are some cars in the game, especially from the hypercar segment, that share an uncanny resemblance with the cars that actually exist in real life. One of the world’s most famous car designers, Frank Stephenson, shared a video on his youtube channel of him reviewing and evaluating some of the car designs from the game.

In the video, he reviewed the design of 10 cars. Out of those, 8 cars shared a resemblance with some of the most unique looking hypercars in the world. 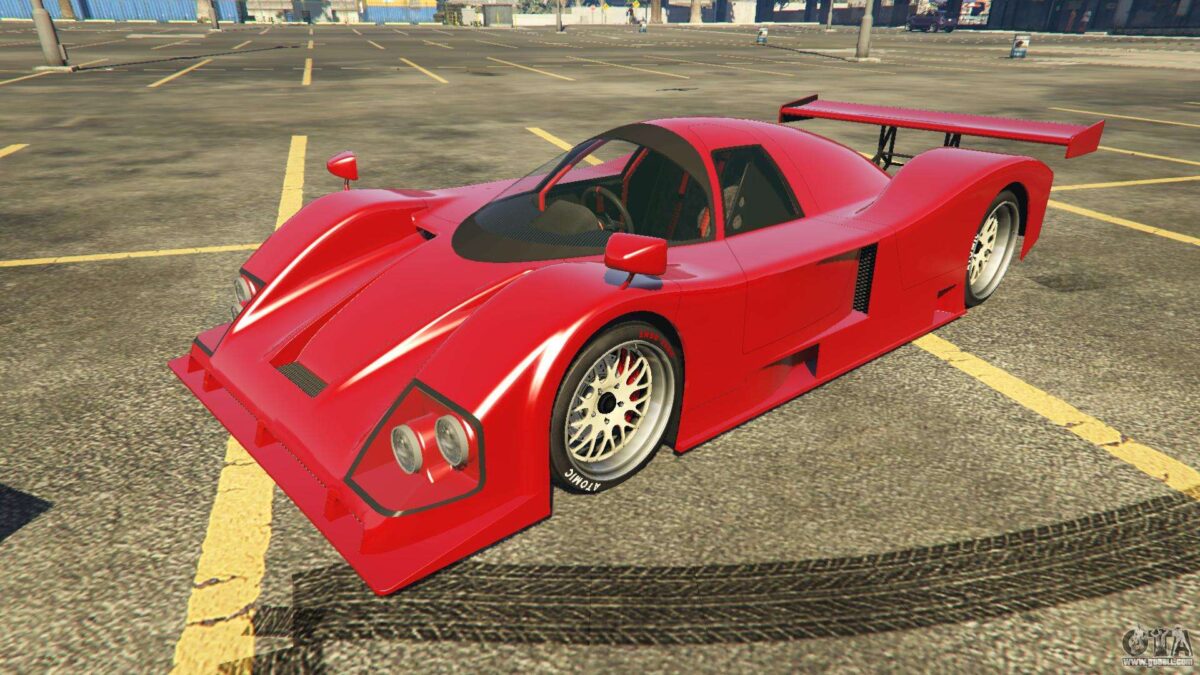 Annis S80RR is one of the fastest and most brutal cars in the game. With an aggressive design and a low-slung body, the car looks like a perfect getaway machine for those high-speed police chases, of which there are many in the game.

Plus, it is another one of the cars that share a lot of resemblance with a car that exists in the real world, the Nissan R90C.

The R90C was a Group-C race car built by Nissan to compete in various endurance races. The car had a 3.5 liter twin-turbocharged V8 petrol engine developed by Nismo, that made 789 horsepower and 784 newton-meters of torque. The vehicle was one of the most dominant contenders in every race it competed in and won multiple championships in various circuits around the world. 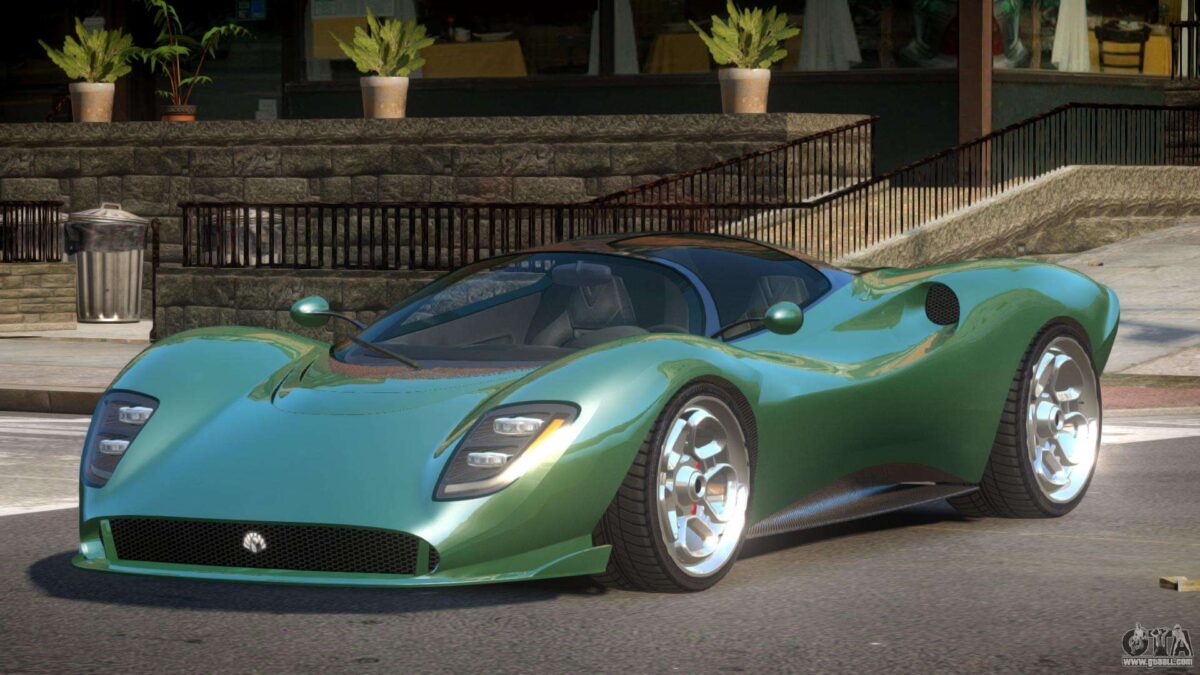 In his video, Stephenson said that, from a design standpoint, the Lampadati Tigon is his favorite. He said that this car is all about the looks, with its smooth lines, low stance, and sensual silhouette.

He also pointed out in his video that it shares a clear resemblance with the De Tomaso P72.

The P72, which itself is a throwback to the Ferrari P4 endurance racer, is an Italian supercar built by De Tomaso. The car was first seen in the flesh at the Goodwood Festival of Speed in 2019 and immediately became a show-stealer thanks to its looks.

The car has a mid-engined layout, but it borrows the 5.0-liter Coyote V8 engine from the current-gen Ford Mustang GT. However, by adding a supercharger on top, De Tomaso has been able to extract an amazing performance from the car. As per the automaker, the vehicle will go from a standstill to 100 km/hr in around 2 seconds and can hit maximum speeds of up to 355 km/hr.

Plus, the vehicle has a 6-speed manual transmission, which truly makes it a gearhead’s dream. 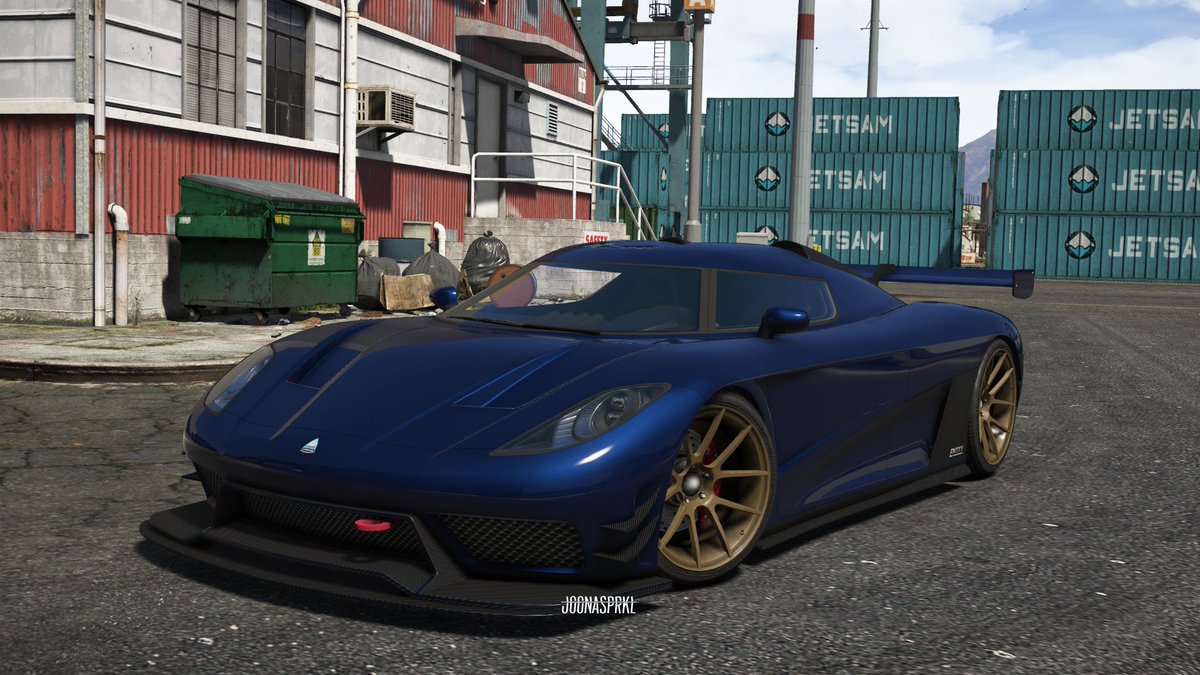 Another hypercar that is the police’s worst nightmare in the game, the Overflod Entity XXR drives as mean as it looks. However, Stephenson pointed out in his video that a very minimal amount of effort seemingly went into making this car, as it resembles a car that we already know and love. That car is the Koenigsegg Agera R.

Koenigsegg is known around the world for making cars that can shatter both speed records and the eardrums of the people that watch them do it. The Agera R was, for a long time, one of the fastest production cars on sale. The car also borrowed a 5.0-liter V8 from Ford and made it into a maniacal monster by tuning it and adding 2 turbochargers to it.

The vehicle made 1,140 horsepower, 1100 newton-meters of torque, could do 0-100 km/h in under 3 seconds, and go up to a top speed of over 400 kilometers an hour. To this day, it remains one of the most ferocious hypercars ever to go into production. 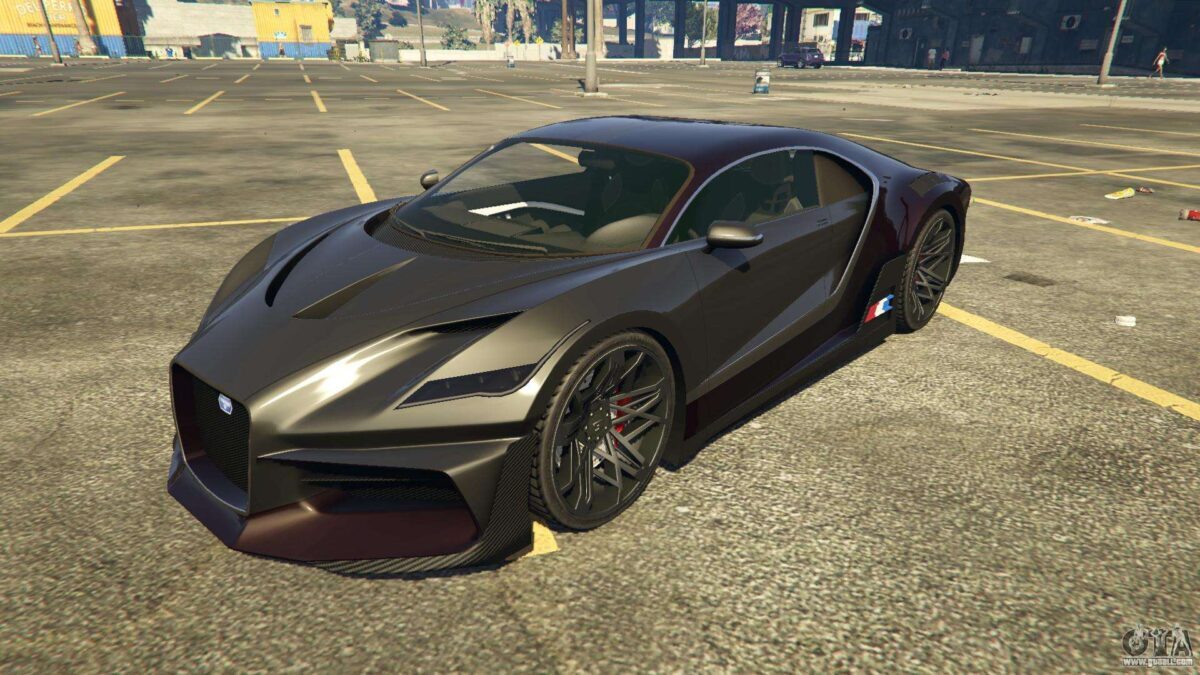 Truffade Thrax is one of the cars where the creators of the game truly took their liberty. It is one of the meanest, most imposing-looking, and of course, one of the most instantly identifiable cars in the entire game, which is helped by the fact that this car is basically a love child of the Bugatti Divo and the Bugatti Chiron.

Bugatti is perhaps one of the most recognizable names in the world, owing to their reputation for constantly making insane land-speed record smashers that are equal parts scary and amazing.

The Divo is a limited production special car, of which there are going to be only 40 units across the globe. Each unit will cost over $6 million, plus tax. However, in order to buy one of these, you already have to have owned a Bugatti Chiron, which itself is a million dollar plus car. Still, it doesn’t hurt to dream. 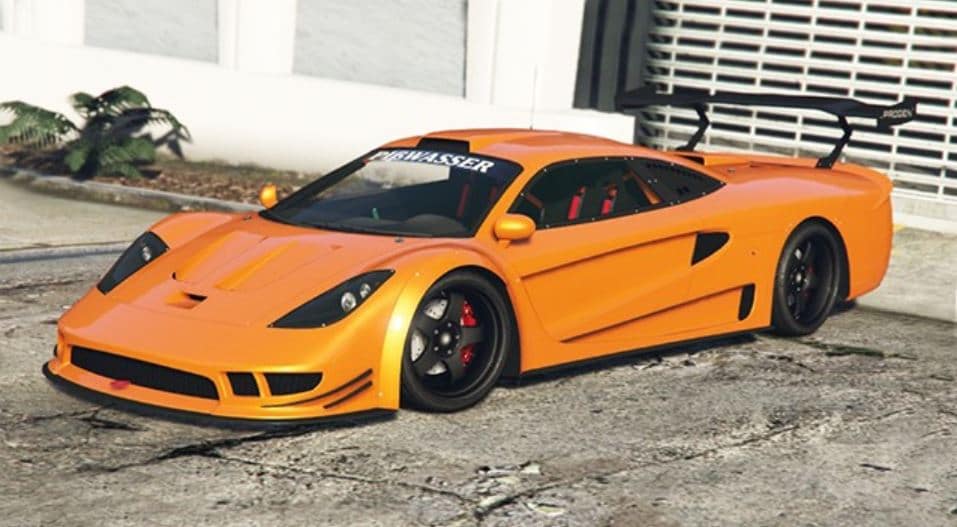 Another racetrack exclusive, Progen Tyrus is also among the most desired speed demons of the game. However, Stephenson heavily criticized the car for its overly simplified looks and unapologetic resemblance to the real car. He said that the car is flawed in many ways in terms of the functionality of its design. The real-world doppelganger of this car is the Mclaren F1 GTR Longtail sportscar.

The Mclaren F1 GTR Longtail devastated its competition for the longest time in numerous international endurance races across the globe. The car features the same 6.0-liter naturally aspirated V12 petrol engine that was given to the automaker by BMW.

However, the race car engine was heavily modified to make more horsepower, more torque, and be able to withstand the torturous abuse of long endurance races, which these cars did masterfully. 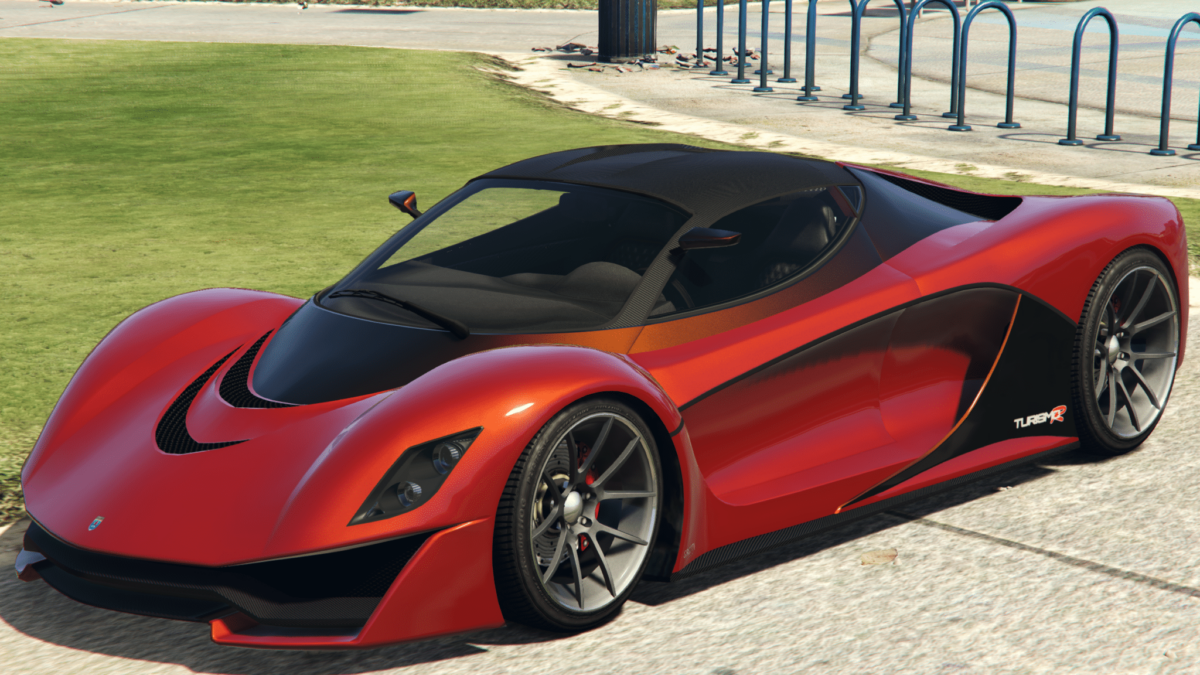 This is arguably one of the best-looking cars on this list, second to the Lampadati Tigon (De Tomaso P72 doppelganger). The Turismo, R is also up there with the ultra-rare and ultra-expensive hypercars within the game, which is fitting, given that the car’s design and persona are heavily inspired by the Ferrari LaFerrari.

LaFerrari is arguably THE most desired hypercars in the world. Any car that wears a Prancing Horse badge is bound to have the absolute best sportscar capabilities in the industry.

Couple the Italian Stallion’s motorsports engineering prowess with Ferrari’s own 6.3-liter electric motor-assisted V12 engine that produces 950 horsepower, and you have a recipe for a dream machine.

Emphasis on the word ‘dream’ because that is all that most people can do when it comes to buying this car, as it has an eye-watering MSRP of $2.2 million. Still, we can all applaud the efforts of the men and women who are behind the development of this mechanical masterpiece. 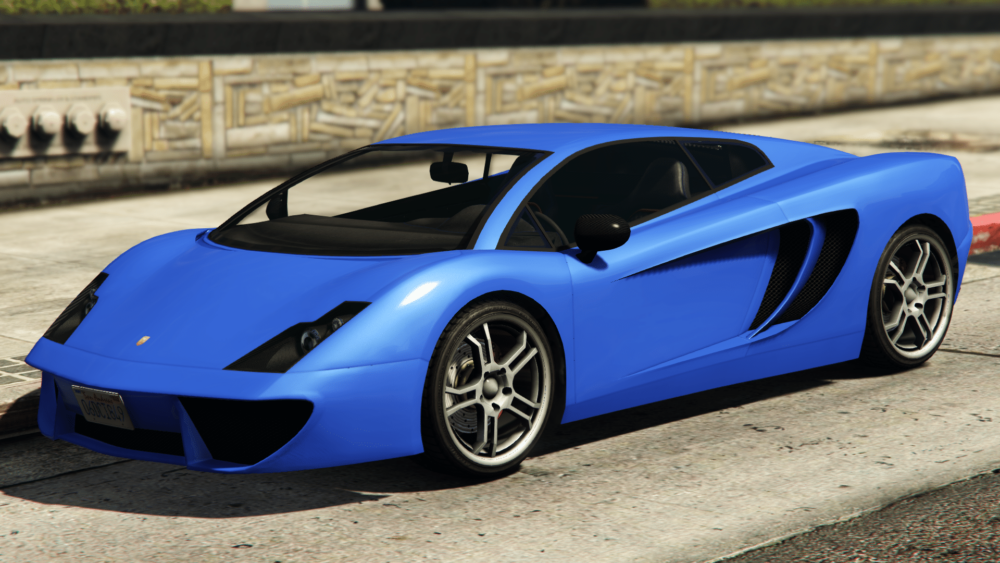 This is perhaps one of the most instantly recognizable cars in the game. The sharp body styling has been slightly smoothed out in places to make it look like something different. But it is quite clear that the Pegassi Vacca is the GTA-V version of the Lamborghini Gallardo.

Lamborghini Gallardo was the first modern Baby-Lamborghini that was produced under the Volkswagen Group regime. The car was produced and sold for a decade (2003 to 2013) and was replaced by the Huracan in late 2013.

It was regarded as the “Attainable Lamborghini” by the automotive experts at it was less expensive than the uber-extravagant Murcielago. The vehicle had a beloved 5.2-liter naturally aspirated V10 petrol engine that made 552 horsepower and 540 newton-meters of torque and was offered with a 6-speed manual or a 6-speed e-gear automated manual gearbox, although the former was the more desired transmission type. 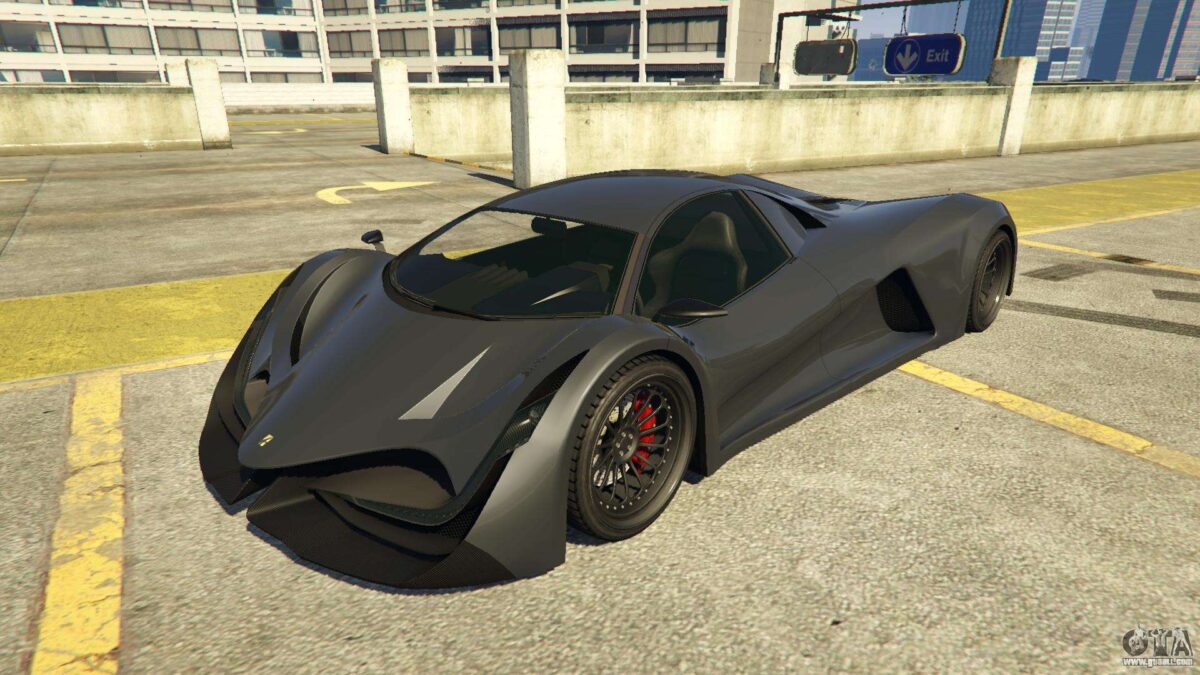 The craziest and meanest car in the game is the one in the photo above. Resembling a spaceship more than a car, the Principe Deveste Eight looks like something that couldn’t and shouldn’t exist in the real world. As a matter of fact, though, this is a car that has been lifted as-is from the real world, as it is the exact look-alike of the Devel Sixteen.

The Dubai-based startup Devel Motors is a bespoke hypercar manufacturer that introduced Devel sixteen a few years back. The car made its debut at Dubai Auto-Show in 2017, though the people were largely skeptical of the automaker’s otherworldly performance claims.

As per the automaker, there are 3 variants of the car – 2 for road use and one for track use. The track version, as per the automaker, has a 12.3-liter quad-turbocharged V16 engine that supposedly makes over 5000 horsepower and can reach a top speed of 320 miles per hour.

The car is still reportedly a work in progress, as the engineers are trying to make the car deliver all that power to the ground safely. But, understandably, the experts are highly skeptical of the development, as the numbers seem too unreal, even in the current age of groundbreaking technology. Still, even the idea of it is amazing enough to be applauded by anyone who is remotely interested in cars.

There are many other cars in the game that share similarities with real-world cars, but counting them all down would’ve made this a very long and boring list. Needless to say this is why GTA-V is one of the most loved video games because it has everything for everyone, from the action junkies to gearheads.