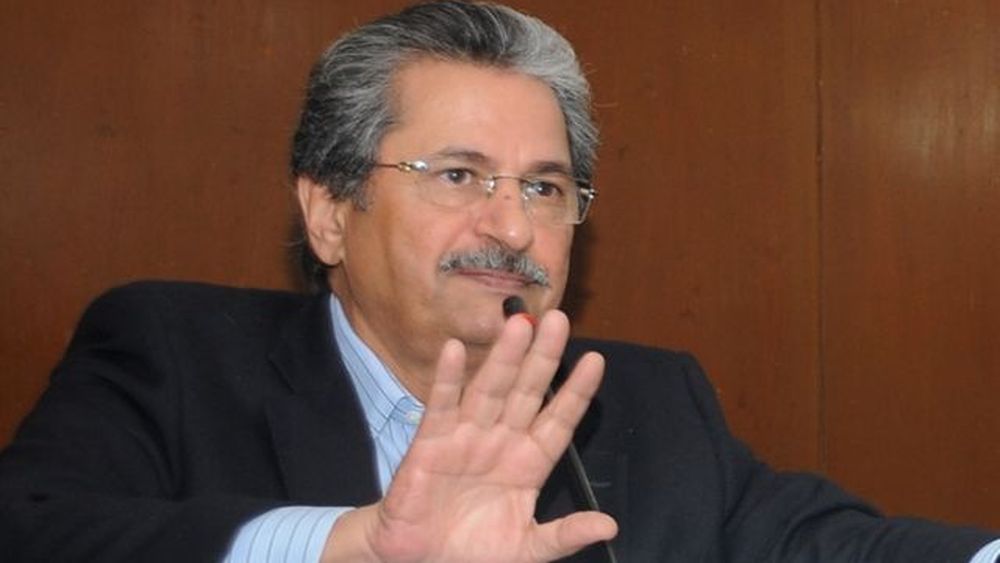 Federal Minister for Education and Professional Training, Shafqat Mahmood, has once again clarified that intermediate examinations will take place after June 15.

While speaking at a local news channel, Mahmood said that the coronavirus situation is gradually improving in the country due to the vaccination and other steps taken by the government.

The minister noted that currently, only A2 (A-Level second year) exams are being held in the country under strict compliance with COVID-19 protocols.

He said it was unfortunate that some of the students are demanding assessment grades instead of sitting in exams.

If examinations do not take place, then no one will study, and that is why the (O/A Level) exams that have been postponed will be conducted in October and November.

The intermediate exams that were scheduled for the third week of May, were postponed due to an uptick in COVID-19 cases.

In a press conference with other federal ministers, Special Assistant to the Prime Minister on Health, Dr. Faisal Sultan, had announced that as per the suggestion of the National Command and Operation Centre (NCOC), all board exams have been postponed till June 15.

“Exams of 9, 10, 11, and 12, which were supposed to begin from the end of May, have been delayed further,” the minister said, adding that no board exams will be held till mid-June.

Mahmood said that another meeting of the NCOC is due in the third week of May to decide on the exams.

“If exams take place in June, they may continue in July and even August,” the minister explained.

About the Cambridge exams, Mahmood noted that O Level exams, previously due from May 26, will now be held in the October and November cycle. The same will be the case for A and AS Level exams.

“Those students who wish to seek admission in Pakistani universities will be able to do so until January as the government will take the universities on board in this regard,” the minister said.

However, A2 students must take the examination right now and any deferment would lead to a wasted year, he concluded.