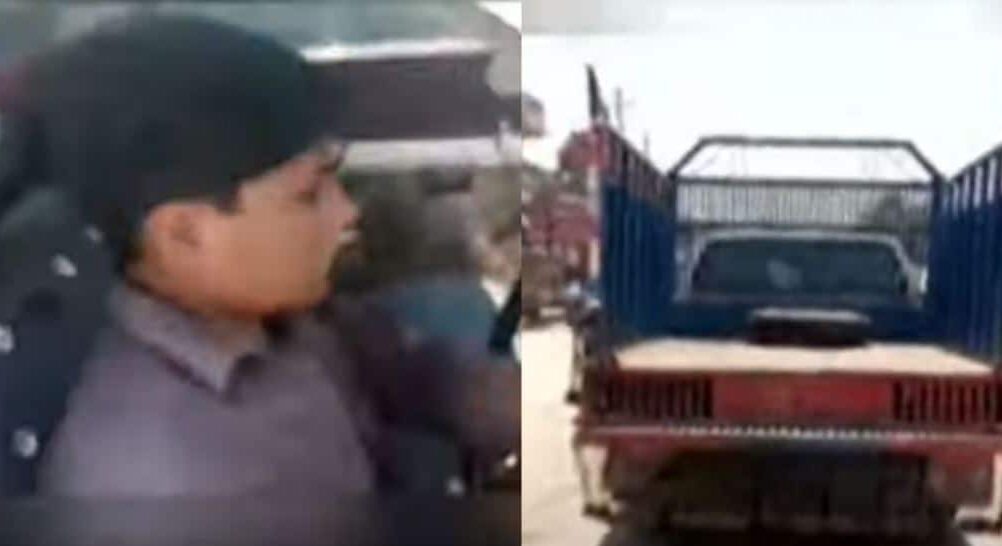 Minors driving vehicles on busy roads is becoming an increasingly common sight in Pakistan. A video made in Sukkur showing a child driving a small commercial vehicle on a busy market road in broad daylight has recently been circulating on social media.

The details indicate that the driver of the mini pickup truck is a 9-year old boy who frequents the Sukkur vegetable market area. Upon noticing that he was being captured on a mobile phone, the little driver raced away to avoid trouble.

As per a media report, the residents of the area claimed that the boy had been driving the vehicle in the vicinity of the vegetable market on a regular basis for quite some time. Despite it being a dangerous affair, no action has been taken against either the boy or the owner of the vehicle.

The residents added that there are no traffic police officers in the area, and even if they are, none of them have ever stopped the boy or taken any action against him. The local police department is yet to comment on or take any measures against the people involved in this act.

This is the third incident of underage driving that has gone viral on the internet this year. In January, a child had been caught driving an SUV on a busy road of Multan, and then another child had been seen driving a car in Lahore accompanied by an elder person beside him.

It is high time the authorities take action to prevent underage drivers from taking the wheel and putting the lives of many and their own at risk.