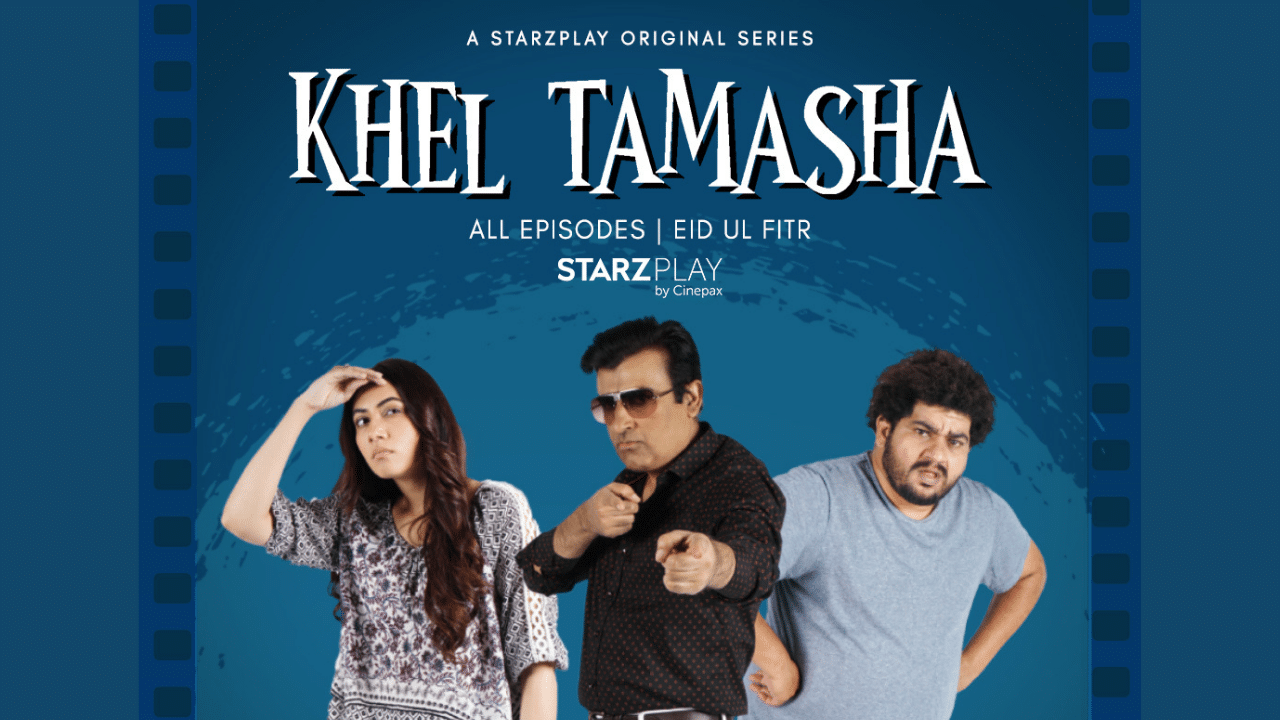 All set to hit the OTT platform, the comedy mini-series is directed by Jawad Bashir, an actor, writer, and director extraordinaire who is most recognized for his work in Teen Bata Teen and Video Junction.

Khel Tamasha follows a struggling writer desperate for a breakthrough

The series revolves around Saleem, a struggling writer who’s trying to make it big but has had no luck so far; he even contemplates resorting to desperate measures as things continue to look bleak.

However, his life takes a complete turn when he bumps into an actor and a director, Raamis and Aleena. Together, the trio starts working on a project of their own, and are faced by a series of rib-tickling challenges during the process.

With its creative plot, witty script, and comical characters, Khel Tamasha promises to present a lighthearted take on the ground realities of life, bound to make an interesting watch during Eid break.

Entertaining people since 1994 and being exceptionally good at it, Jawad Bashir has piqued the curiosity of fans across the country who are eager to see what his latest project will hold.

Speaking about the launch of his project, Jawad Bashir commented, “Ye zindagi hai aik khel tamasha(This life is all fun and games). The series is a lighthearted take on the harsh realities of life and how they force us to resort to desperate means to get our way.”

While talking about his experience with STARZPLAY, he said, “It was a pleasure working with STARZPLAY, and I appreciate how the streaming platform empowers artists and their creative work. It gave me a chance to work with an entirely new creative team for which I am grateful. I love working with new people as their spirit and passion are unmatched. I have great hopes from this web series, and hope it is received well by our audience.”

After garnering an overwhelming response for its previous original productions Kaash Keh and Khushkhabri Kay Baad, the latest series does not solely hope to provide quality content, but also serve as an inspiration for the local creative community.

Speaking about Khel Tamasha, Arif BaigMohamed, Chairman Cinepax Group, shared, “STARZPLAY has always believed in promoting local talent in Pakistan, and conducting the SSFC in 2019 marked the beginning of our dream. We are also launching other exciting projects this year which will keep you glued to your STARZPLAY screens till the very end.”