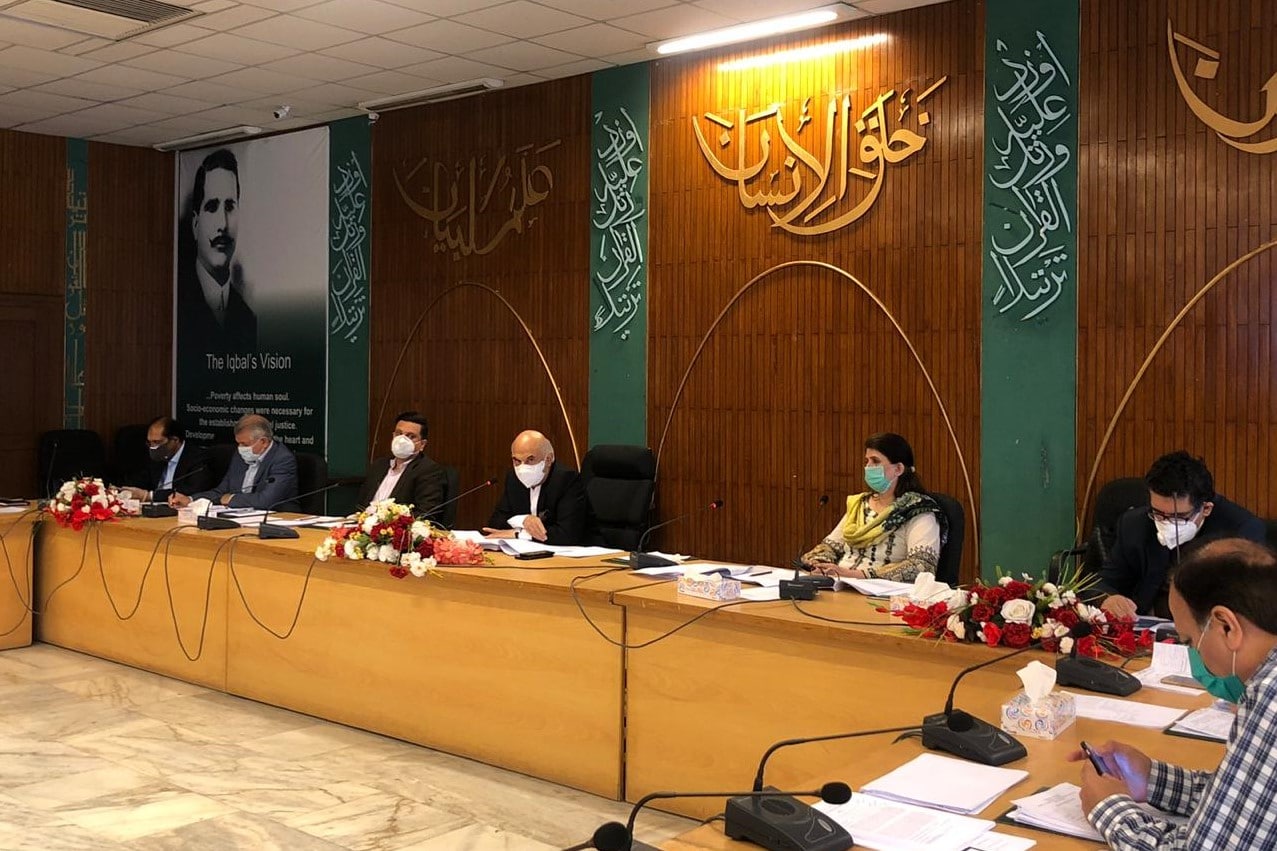 The Deputy Chairman Planning Commission, Mohammad Jehanzeb Khan, presided over a meeting of the CDWP and cleared three development projects with a cumulative estimated cost of Rs. 6.50 billion. He also recommended three projects worth Rs. 342 billion to the Executive Committee of the National Economic Council (ECNEC) for further consideration.

Projects related to Energy, Higher Education, and Nutrition, were also considered in the meeting.

A project of the Energy sector, called ’20 MW Hydropower Project Hanzel, Gilgit’, worth Rs. 12,921.662 million, was referred to the ECNEC for further approval.

A project for Health, called ‘Establishment of University of Applied Engineering and Emerging Technologies (UAEET) Sambrial Sialkot’ worth Rs. 16,648.470 was referred to the ECNEC for further approval. Its objective is to establish a technology-based institution in partnership with Austrian Fachhoeschulen/Universities within six years (2021 to 2027). The campus is intended to be fully residential for the faculty and the graduate and undergraduate students.

A project for Nutrition, called ‘Tackling Malnutrition induced Stunting in Pakistan –July 2021-June 2026’, worth Rs. 312,408.56 million, was referred to the ECNEC for further approval. It involves interventions for children under two years of age and maternal malnutrition, and will cover 67 districts of the country. It is aimed at promoting good nutrition practices, exclusively breastfeeding for the first six months, and continued breastfeeding for up to two years. It is also aimed at improving hygiene practices, including washing hands with soaps and water, and optimal sanitation practices.

Senior officials from the Planning Commission and the Federal Ministries/Divisions attended the meeting, while representatives from Provincial Governments participated through video conferences.