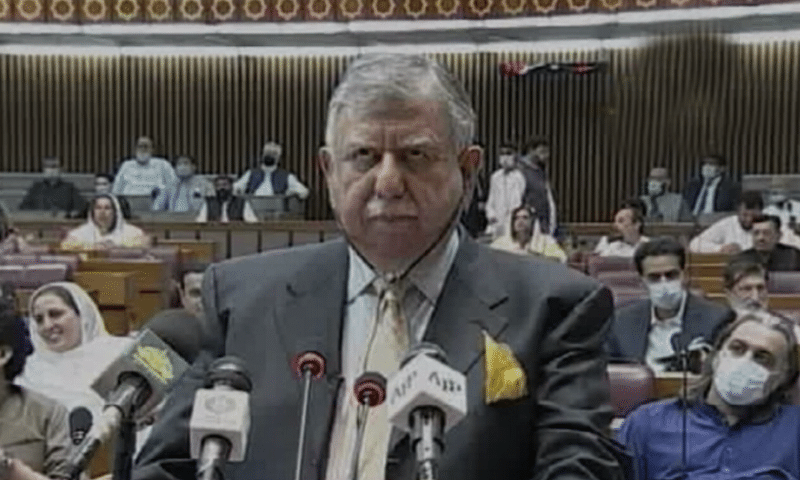 The government is presenting the next fiscal year’s budget with a total outlay of over Rs. 8 trillion.

Unveiling the federal budget for FY22, finance minister Shaukat Tarin started off the national assembly session by recalling the state of the economy that the Pakistan Tehreek-e-Insaf (PTI) government had received when it came into power.

He said the total size of the budget or the total expenditure budget for the next year stood at Rs. 8.487 trillion — almost 19 percent higher than last year’s budgeted expenditure of Rs. 7.136 trillion.

The finance minister announced that for FY22, the government had set GDP growth target at 4.8%. The total allocations for the Public Sector Development Programme (PSDP) have been budgeted at Rs. 2,135 billion for FY22, up from Rs. 1,324 billion last year.