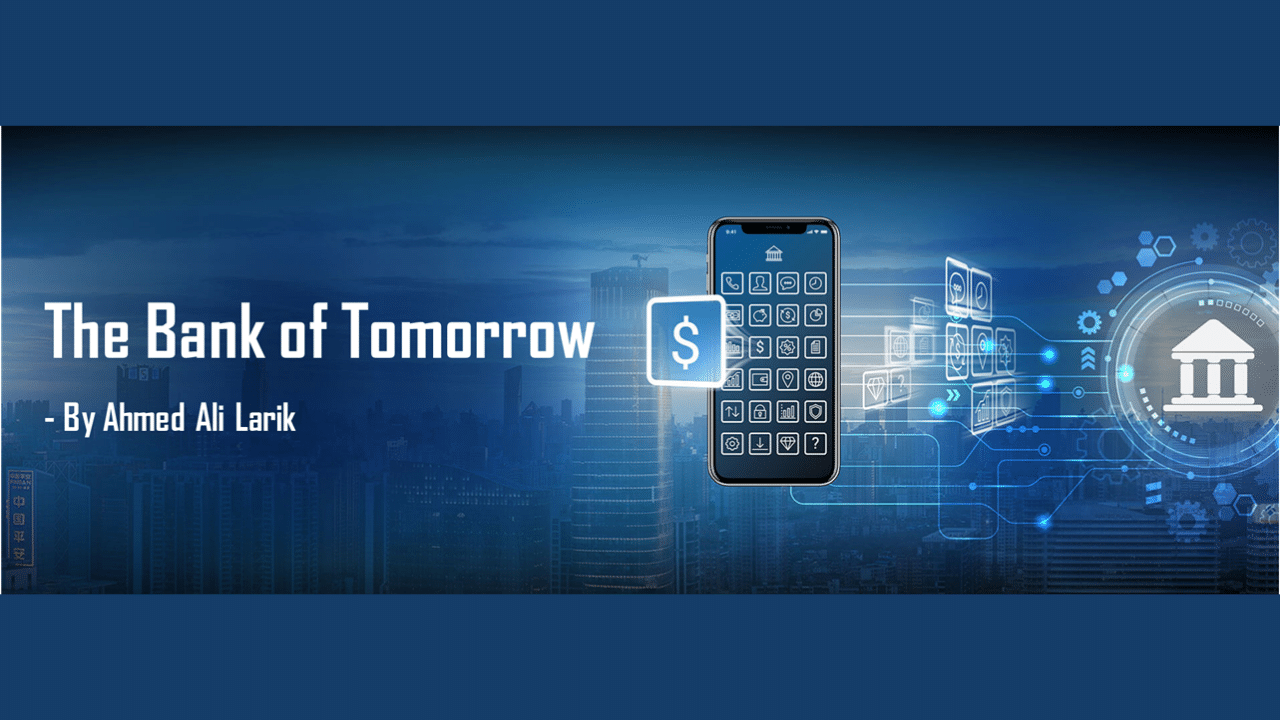 ‘Digital’ and “Disruption” are keywords we’ve been hearing a lot nowadays, not just in Pakistan but in the rest of the world as well with Digitalization being a core ingredient to realizing the future.

Pakistan has also started its switch towards mobile/tech-savvy approach, and the usage of the internet has been mainstreamed with over 98 million 3G/4G subscribers and over 101 million internet subscribers which amount to amazing internet penetration of well over 45% of the population of Pakistan.

Unfortunately, the reality is still far from complete digital adoption. Even with all our advancements towards digitalization, financial inclusion and the payments industry are still rather unripe barely touching the 25% inclusion mark.

While there has certainly been an increase in activity pertaining to digital payments and additions to new customer acquisition, it is not clear if this was a result of the temporary elimination of fees on inter-bank funds transfer or a change in the overall lifestyle caused by the pandemic.

The most profitable banks in the country are still heavily dependent on the interest rate arbitrage available between their cheap cost of funds and risk-free investment in government securities. Commercial banks rarely take major risks for consumers or micro-lending.

For ecosystem building in Pakistan, the main bottlenecks such as a tedious onboarding process for merchants, delayed time frames, a lack of easy-to-use infrastructure (such as consumption of open APIs and a paperless experience along with extensive costs) have been major factors behind the limited number of merchants supporting online payment solutions.

Evidently, with the emergence of these new fintech players, the pain points have started to be addressed as we saw a steady increase in the number of eCommerce merchants which currently are over 2,500. Although it’s still a small number, however, with steady traction and adoption, things are beginning to change.

For the end consumers, they are no longer bound to just a limited number of hard-to-acquire payment instruments such as credit cards. Making payments with simply having a bank account has also seen significant traction along with new payment methods as seen abroad.

This includes the use of mobile payments, though primarily opted for with backing of incentives through lucrative offers such as cash backs and discounts. Simply viewing that the number of bank accounts and wallet accounts is equal especially with the major timeframe between these two services is a testament to the acceptance of wallet solution.

If we take a look back at the fintechs and their rise, we can see how many have grown and accumulated funding at such a faced pace within Pakistan.

The Bank of Tomorrow

For our digital banking revolution to succeed, we need core ingredients for it to be cooked properly.

First, a shift in mindset is necessary. Unlike conventional banks, the dynamics are quite different. Whereas conventional banks rely more on higher revenue generation, higher capital expenditure and OPEX costs such as HR, Marketing, etc. the digital bank relies more on lower operational costs, capital expenditure with the set-off of lower average earning but with higher transactional number and traction.

Hence, it’s a core ingredient that for a digital bank to meet its bottom line it needs to focus cost rationalization approach. Here’s where the new age technology comes into play. Robotic process automation comes into play as an ideal mechanism to reduce operating costs such as day-to-day operations.

The account opening procedure, trade MIS, documentation automation via OCR technology, automation of card management, asset tagging, and usage of IOTs for asset power control and real-time management, all are just a taste of how a digital bank can significantly reduce its staff requirements, data-related errors and other operational costs.

Furthermore, the usage of data analytics and AI in order to make automated and accurate decision making such as automation of loan credit ratings based on previous decision making, automation of customer support via smart bots/IVRs, targeted marketing based on consumer patterns such as spending habits via multiple channels (Cards, mobile APP, IB, etc), and even as far as making customer lifetime predictions and expected level of earnings based on readily available data of him/her. Note how all these mechanisms significantly contribute to reduce manpower and operational expenditure.

Now to go above and beyond the bottom line and become competitive in terms of revenue with that of conventional banks, traction building is necessary, and so is increasing interchange levels. This is where fintech partnerships come in quite handy.

An open banking approach whereby you expose your APIs to these dynamic fintech players who have gained expertise in their respective solutions and customer journeys/ UI&UX. With this not only does the overall consumer base for the bank increase but also the revenue earning rails expand as well.

Now aside from this, when you have concentrated marketing as stated above, consumer traction becomes more streamline and lucrative spending options such as discounts offered based on those patterns or pop-ups based on phone usage can entice customers to transact more, adding to the core ingredient of low ticket size high transaction volume income building.

Now just providing the best traditional bank services is not enough; diversifying the revenue streams is necessary, the mobile application itself is an open 24/7 ready pathway for you and customers, ensuring the best experience and interface on its own can attract usage of the app, so never compromise on the power of UI/UX.

Ensuring a seamless & instant account opening procedure, having an AI bot that can act as a personal financial manager of your customer whether for investments or general spending, are all necessary for captivity. But new services such as providing split payments, request-to-pay services, and social commerce are areas not recently tapped by domestic banks.

Now with this entire Goliath of tech stack ready and data on your disposal, the next step to truly take your revenue stream and grow it 5x or even 10x it to replicate it for other banks so that they are urged to utilize your technology whether it’s your data, your RPAs/STPs, or overall mechanisms and dynamics with this approach you can further monetize your built-up technology.

The question now arises how does this become possible? Well, it’s quite simple. In order to have an approach where you think in the morning for any innovation and actually implement it by evening, your bank needs to build a digital-at-core culture. Agile development is necessary in order to make this possible.

Utilization of DevOps tools and having an agile team structure is where the magic lies in the faster development processes. So opting for a digital structure is necessary as well as identifying the tools available. No matter if you go for open source ones, or paid ones, depending on the level of customization, support, and features you require, should be looked at with great care in order to ensure your entire process does not fall apart.

Now you probably have an idea as to how a digital strategy should be carried out and the weight it carries in the bank. Not just as an independent department working in its own silo but rather as a facilitator transforming the entire bank.

One of the things we learned over the past year is that you can accelerate anything. The banking and fintech industries compressed roughly a decade of eCommerce innovation into a 10-month span. Unsurprisingly, people have adapted. Consumer expectations have shifted, and companies have pivoted accordingly.

Now, entrepreneurs, business leaders, and industry executives face an unprecedented and unexpected rate of change. Advancements that were estimated to be years out may now emerge as the “new normal” within months. The future of banking in Pakistan will not only look different in regard to more rapid digital adoption, but also in terms of service offerings, who offers them and the relationships institutions have with one another and their customers.

Digital is upon us and those who do not transition will be left behind. The name of the game will now be transition, lean management, cost rationalization, fast development, and diversified revenue streamed and quick traction building along with progressive services based on consumer expectation, journeys, and need.

For more details on the writer, you can check his LinkedIn page at: www.linkedin.com/in/ahmedalilarik-digitalbanking/ 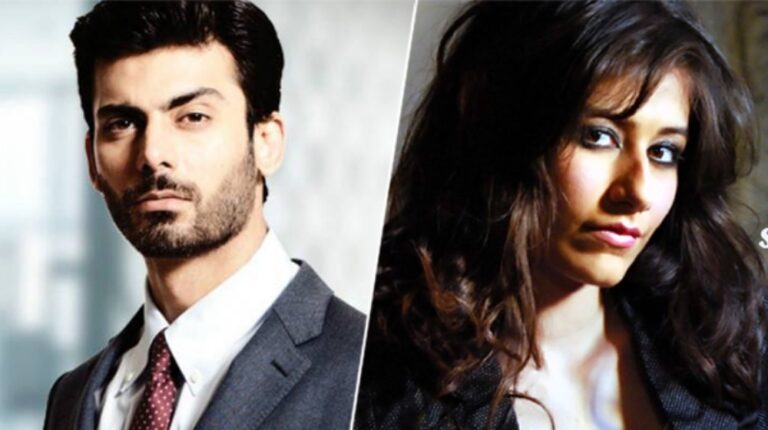 That Time Syra Yousuf Didn’t Like Working With Fawad Khan