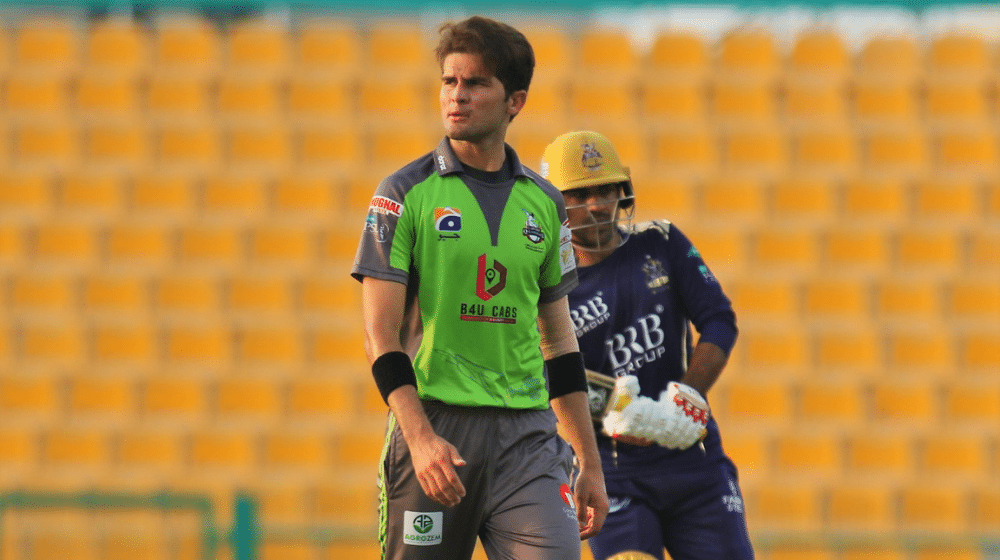 Quetta’s bowlers finally stepped to the mark as they defeated Lahore Qalandars by 18 runs. Quetta registered only their second victory of the tournament and will be hoping to continue their momentum as they look to pull of an unlikely comeback to climb up the PSL points table.

Quetta posted a decent total on the board despite their fragile batting unit. Captain, Sarfaraz Ahmed, middle-order batsman, Azam Khan and opener, Jack Weatherald were the main contributors to the scorecard and helped Quetta post 158 on the board.

Lahore’s batsmen had no answer to a brilliant bowling spell by Usman Shinwari, who picked up three crucial wickets in his first match of the Abu Dhabi leg. Lahore’s all-rounder, Tim David put on a fight lower down the order, scoring 46 off 27 balls but his efforts went in vain as Shinwari struck back.

Usman Shinwari was named as player of the match as he finished with figures of 32/3 in his four overs.

Quetta will be looking to get their first win of the Abu Dhabi leg as they face in-form Lahore Qalandars, who sit comfortably at the second spot on the PSL points table. Meanwhile, Lahore will be looking to overcome a disappointing loss to Islamabad last time out and get back to winning ways.

Lahore can inch their way closer to the coveted playoff spot with a win against the Gladiators. Qalandars are expected to name an unchanged XI.

Quetta, on the other hand, have only won one match in the season so far. Their slim chance of making the playoffs depends on the outcome of this match. If Quetta loses they will be knocked out of the competition for the second successive time at the group stages.

Quetta’s marquee player, Faf du Plessis, has been ruled out of the match after suffering a concussion, while Andre Russell has already departed for national duty.

Lahore and Quetta have encountered each other 11 times in PSL history. Lahore have an upper hand over Quetta, winning 6 and losing 5. Quetta will be looking to win the match and equal the head-to-head record.

Mohammad Hafeez has been out of form so far and Lahore’s middle-order looks fragile without him scoring heavily. He will need to step up his game and help Lahore post big totals on the board.

Azam Khan made it to Pakistan’s T20I team for the tour of England and the West Indies but his form of late has raised some question marks. Gladiators need him to fire and take the game away from the opposition.