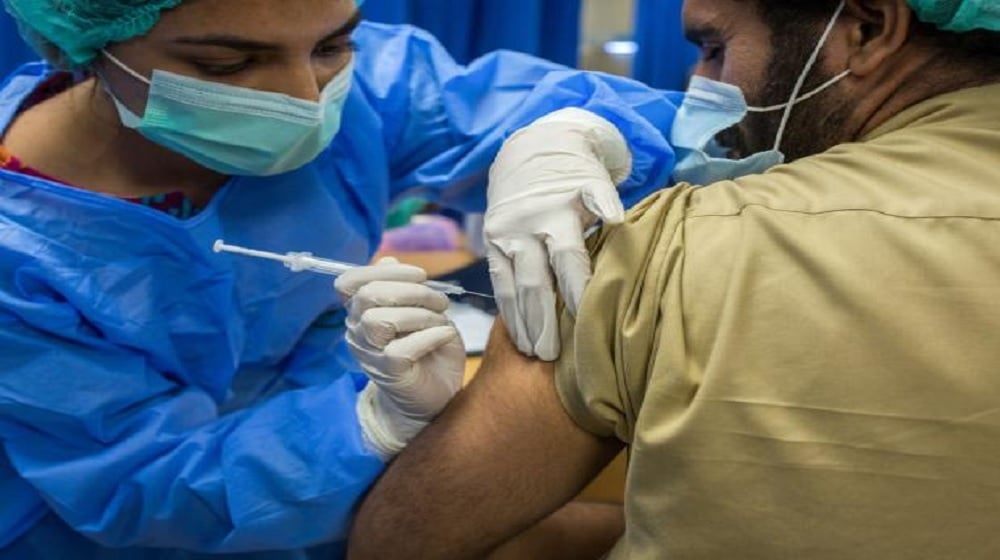 Public and private employees refusing to get vaccinated for the novel coronavirus will be fired from their jobs, said the Sindh Information Minister on Wednesday.

While talking to media in Karachi, Taimur Talpur warned that not only their SIM cards will be blocked but show-cause notices will also be issued to these people as well.

He said that the government has not announced any deadline as yet, but asked people to get immunized as soon as possible.

The provincial governments of Punjab and Sindh have already linked public employees’ salaries to their inoculation. Any public servant in these provinces will not receive a salary until he/she gets COVID-19 jabs.

Earlier, there were reports that fake vaccination certificates being distributed at the Expo Centre in Karachi.

Taking notice of the development, Sindh Chief Minister, Syed Murad Ali Shah, instructed the interior ministry and the Sindh Inspector-General to take strict action against those involved in the act.

Shah warned that anyone found to be spreading misinformation about the vaccine will be penalized.