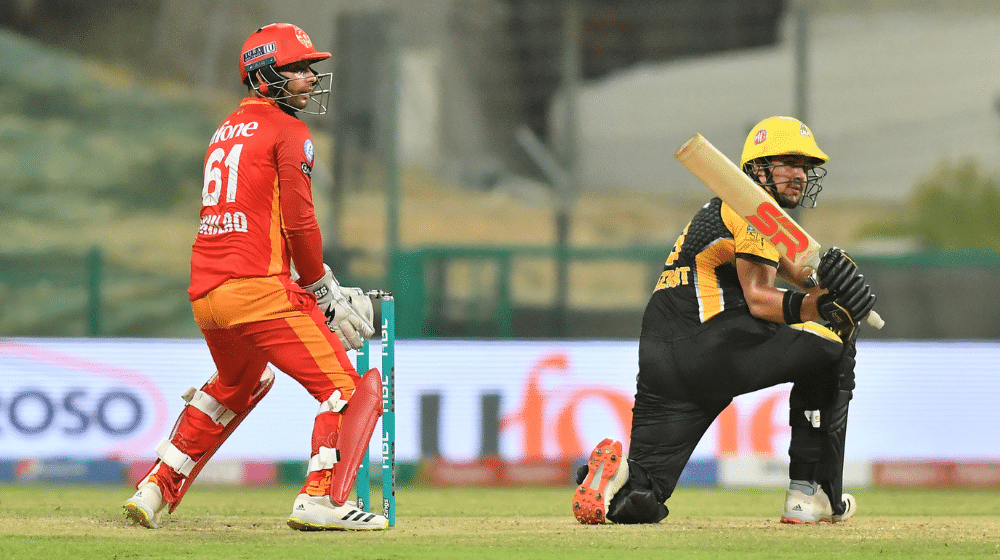 Peshawar Zalmi powered their way to the final of PSL 6 after defeating Islamabad United by 8 wickets. This will be Zalmi’s fourth final in PSL history and they will be looking to make most of it and equal Islamabad’s record of two PSL titles.

Zalmi will meet Multan Sultans in the final, scheduled to be played on Thursday at Sheikh Zayed Stadium, Abu Dhabi.

Islamabad United got off to a torrid start and suffered a batting collapse as Zalmi bowlers tightened their grip. Islamabad faltered to 110/8 but a late flurry by Hasan Ali and Mohammad Waseem Jnr. helped them to a respectable total of 174/9.

Hazratullah Zazai was named as player of the match for the third time in four matches for his magnificent innings of 66 off 44, including 4 huge maximums.

Islamabad United and Peshawar Zalmi will face each other in the second eliminator of PSL 6 tonight. The winner of the encounter will qualify for the final against Multan Sultans, while the loser will be eliminated from the tournament. Islamabad finished the group stage as the leaders of the PSL points table, while Peshawar finished third after registering five wins and five losses in their ten matches.

Islamabad were outplayed by Multan in the qualifier and will have to reassess their team combination ahead of the crucial tie. Islamabad were the team to beat in the group stages of the tournament, having won eight out of their ten matches, including a five match winning streak.

They are expected to make two changes to their starting line-up with Australian leg-spinner, Fawad Ahmed, and West Indian batsman, Brandon King, coming in place of Akif Javed and Hussain Talat respectively.

Peshawar, on the other hand, played some exhilarating cricket and defeated Karachi Kings in the first eliminator. They will be hoping to continue on their good work and get another victory to book their place in their fourth final in PSL history. Zalmi are expected to name an unchanged starting eleven and will rely on the same team combination that defeated Kings.

Zalmi and United have encountered each other 14 times in PSL history, with both the teams winning 7 matches each. The two teams have faced each other twice this season, with Peshawar winning the first encounter and Islamabad winning the second.

Hazratullah Zazai has been a revelation at the top of the order for Peshawar Zalmi. He has played two match-winning knocks in the three matches he has played so far and helped Peshawar chase down a challenging total against Karachi Kings in the eliminator. Peshawar will be hoping that Zazai takes the Islamabad bowling attack to the cleaners and play yet another match winning innings.

Colin Munro has been brilliant for Islamabad United at the top of the order but his inconsistency with the bat might raise some eyebrows in the Islamabad camp. He was bowled out for a duck in the qualifier against Multan which blew a major dent in Islamabad’s chances to chase the target down. Islamabad will be hoping that Munro is at his best and firing at the top of the order to swing the momentum in United’s favor.