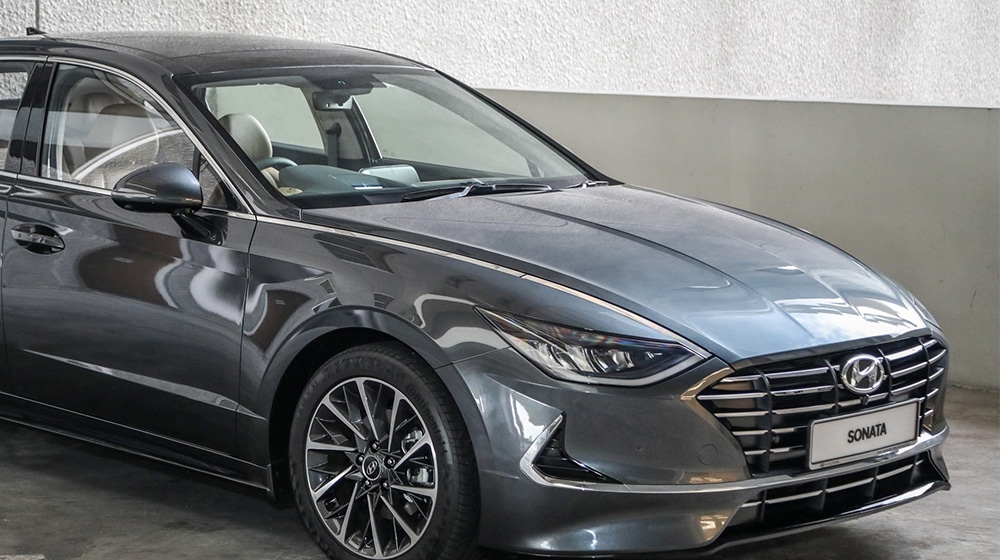 Pakistan’s auto industry is about to get a ‘new first’ as Hyundai Nishat prepares to launch the new Sonata here. The launch will be a ‘new first’ because the Sonata will be the first-ever locally-assembled D-Segment midsize sedan in the country.

The news of the arrival of the Sonata was confirmed several weeks ago, and all the features and the launch date were revealed recently. Now, the company has released a teaser with the tagline “Gear up for the arrival of a striking presence that is bound to leave you astounded”.

It was recently revealed that the launch will be on 5 July 2021 and that Hyundai Nishat has brought in 456 Completely Knocked Down (CKD) kits of the Sonata. This seems to be an appropriate number as the Sonata will only be targeted at a small niche of car buyers.

While both of Sonata’s Japanese rivals are priced well over Rs. 10 million, it is expected to be priced between Rs. 7 million and Rs. 9 million for being a CKD, which will give it a huge advantage over them.