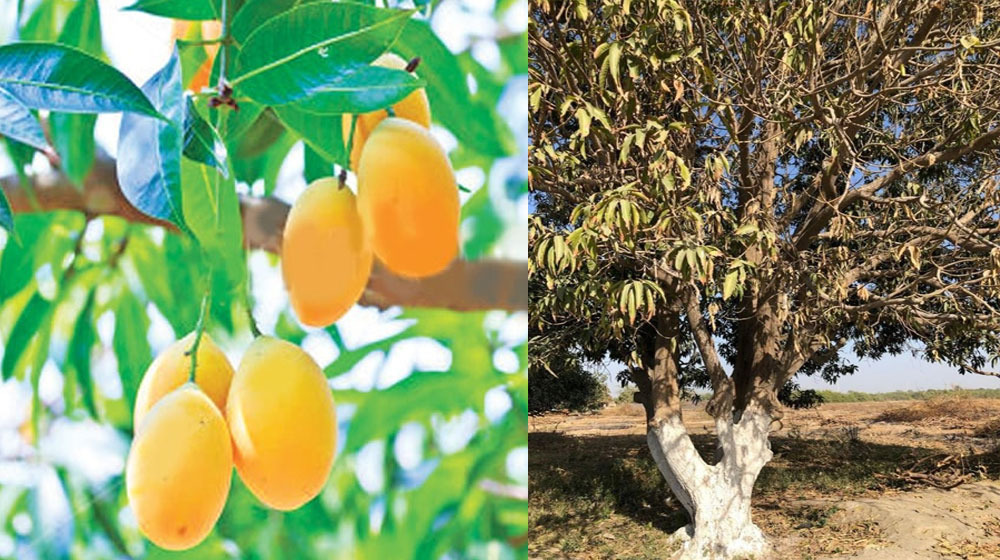 The Adviser to Prime Minister on Commerce, Abdul Razak Dawood on Friday said that Pakistan is a major potential producer of mangoes and predicted that up to 160,000 Metric Tons (MT) of mangoes will be exported in the 2021 calendar year.

Dawood added that Pakistani mangoes are in great demand abroad. “We can earn millions of dollars in foreign exchange especially through the value addition of mangoes,” he said while talking to journalists during the ‘Mango Festival’ organized by Centaurus Mall Islamabad.

Dawood further added that Pakistan’s export potential of ‘Mango Pulp’ stands at $500 million in the global market. He stated that, through this, Pakistan can enhance the value addition to increase the country’s exports in foreign markets.

Dawood said that the government is committed to encouraging the mango growers and exporters to opt for the conversion of mango fruit into natural pulp (without any additives and preservatives) through Aseptic packing. He added that it would increase the shelf life of the fruit up to 24 months and could help increase exports by $500 million in the world post coronavirus.

“I am glad to share that two mango treatment facilities, Mustafa Farm and IAC, have been approved by Australian authorities for export of Mangoes from Pakistan,” he said. “It has been done just in time for the mango season,” he said.

The Adviser to PM informed that Japan has also approved a mango export facility from Pakistan.

Ministry of Commerce and ITC Hold Seminars on Export of Rice

“I am glad to share that after Australia, now Japan has also allowed one mango export facility of Pakistan. Roomi Foods Vapour heat treatment plant has been approved by Japanese Authorities for export of Mangoes from Pakistan.” Dawood added. “This is the only facility equipped to process mangoes as per Japanese government quarantine requirements,” he further stated.

Dawood also highlighted that last year, the export target for mangoes was set at 80,000 tons, but higher demand led to much higher exports.

He said that during last year, a notably higher demand was seen from Japan, and this year, Australian authorities have come forward with higher demand for Pakistani mangoes.

Coronavirus pandemic is also offering opportunities to different countries and business sectors. “Fruit sector of Pakistan has been offered one such potential opportunity,” Dawood said.

He added that the government aims to explore international markets of Russia and China for the export of mangoes that also have great potential as destinations for Pakistani fruit exports.

With increasing health consciousness, especially in the post-pandemic world, people are likely to have a preference for organic food and this provides Pakistan with a potential opportunity to earn foreign exchange of multi-billion dollars through the export of mango pulp, the Adviser said.

While talking to the media, President ICCI Sardar Yasir Ilyas said that Pakistan has huge potential in horticulture to increase the export of different fruits including Mangoes.

He added that Pakistan could earn nearly $127.5 million from mango exports this year compared to $140 million with 160,000 tons. “Pakistan can be included in the list of top three mango exporting countries of the world within a period of 4 -5 years,” Ilyas said. “It is imperative to focus attention on high-value markets such as Japan, US, Australia, South Korea, and China,” he said.

Ilyas further stated that value addition, including ‘Mango Pulp” would not only preserve the fruit content for up to 24 months but also create exportable surplus as the mango pulp is in high demand in the international market.

Ilyas said that the Pakistani mangoes are expected to enter the Chinese market on a large scale this season. He stated that Mangoes are grown in more than 100 countries of the world, and as of today, the total annual estimated production of mango across the globe is above 44 million tones.

He said that Pakistan produces the best quality mangoes, in terms of nutritious value as well as in terms of appearance and condition.

“However, a substantial quantity is wasted from farm to market, post-harvest losses and some estimate this wastage up to 35 percent (805,000 tons approximately),” he said.