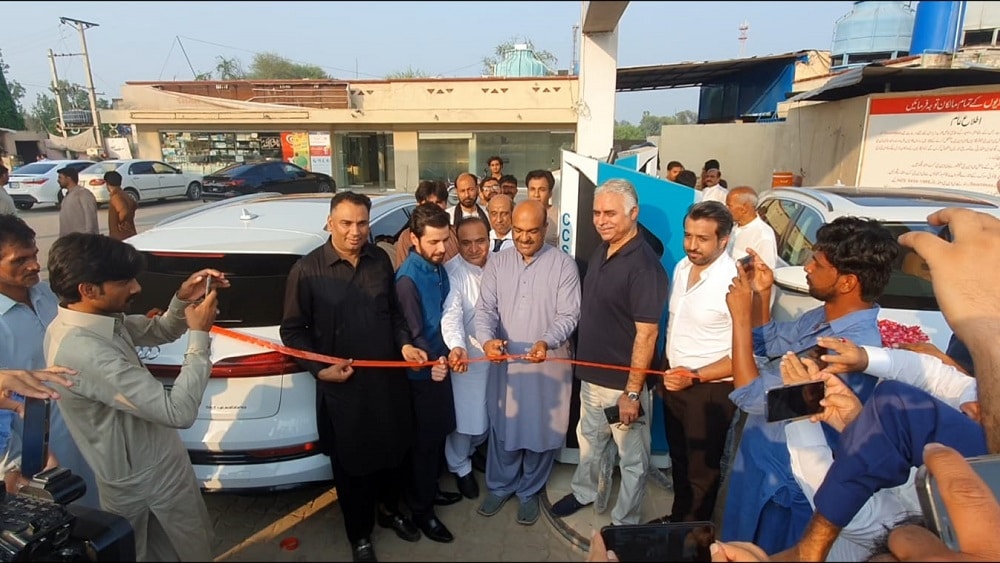 The inauguration of two EV charging stations at Bhera and Pindi Bhattian, just outside M-2 Motorway today brought a big sigh of relief to Electric Vehicle owners of Islamabad and Lahore who will be able to commute between the two cities after a year-long wait for the facility. The stations have been indigenously designed, manufactured, and installed by Tesla Industries, Pakistan. They are installing another such charging station near Gujrat on GT Road that will start functioning before Eid.

It is important to note that Motorway and Highway authorities have completely failed to establish even one EV charging facility across Pakistan despite the Government’s clear policy of encouraging the use of clean energy at every level. 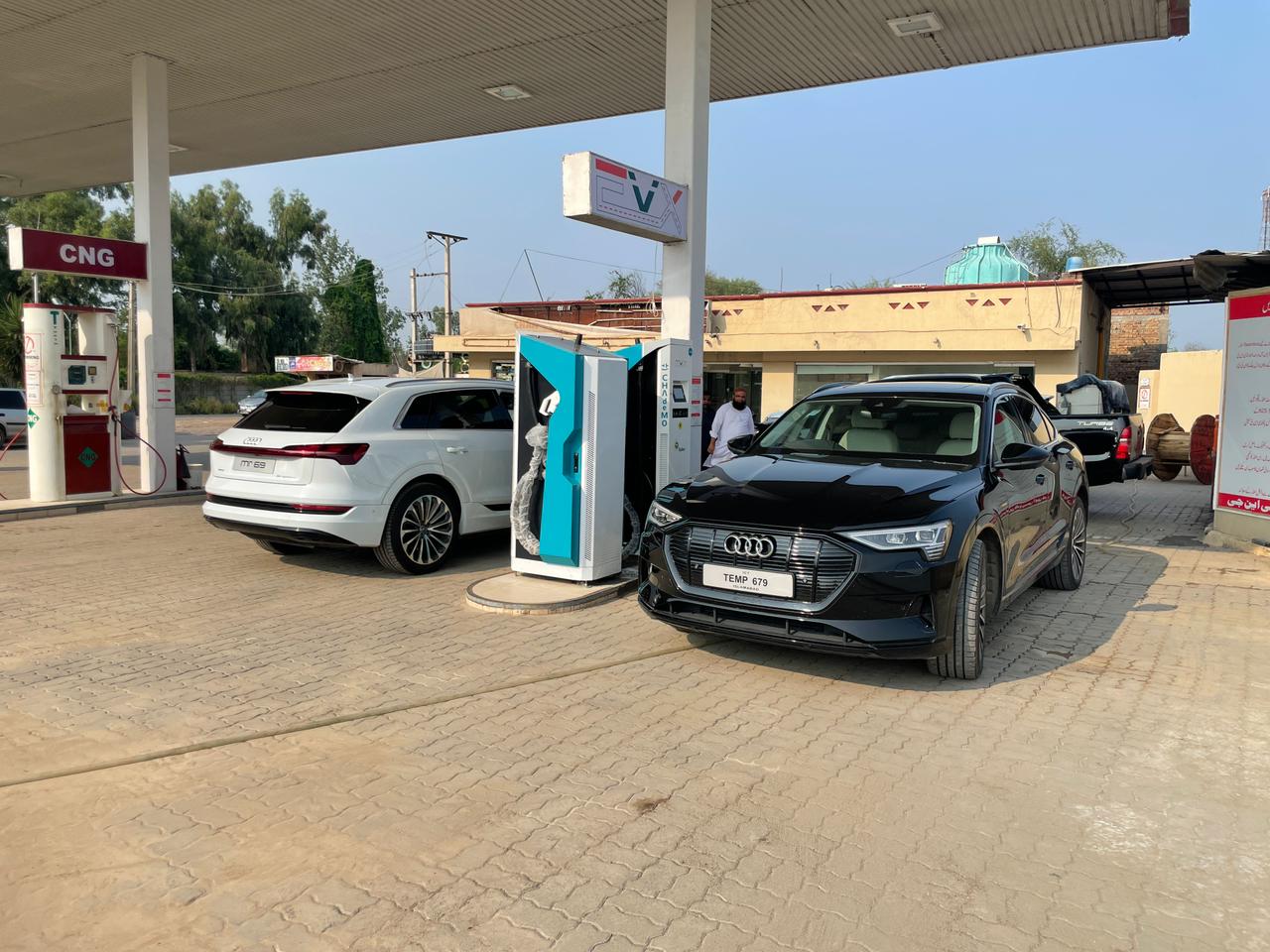 The inaugurated chargers have been installed at old CNG stations just on the periphery of M-2 Motorway at Bhera and Pindi Bhattian. One has to take the exit at Bhera (either coming from Islamabad or going to Islamabad) and after paying the respective toll, has to go to the CNG station to recharge his vehicle and then enter the Motorway from the other toll plaza. The same is the case with the commuters intending to charge their vehicles at Pindi Bhattian.

Both the stations are equipped with one 120 kWh charger (it takes 40 minutes to fully charge a 70 kWh battery) and one 60 kWh charger (it takes more than an hour to fully charge a 70 kWh battery). Both the stations have executive lounges for the commuters to rest and refresh while their vehicles get the charge. For commuters of GT Road, another charger of 60kwh has been installed at Hardees near Gujrat.

But it is ironic that despite the Federal Government’s major steps on incentivizing the use of Electric Vehicles (EVs) its departments are completely aloof of the Government’s vision. It is the private sector that has to step forward always to get these incentives implemented, the installation of EV chargers by a private enterprise is only one example.

So, the dream of going to Lahore or coming to Islamabad on an EV has been made a reality by Tesla Industries who plans to install more chargers on GT Road and alongside Motorway as the demand soars.