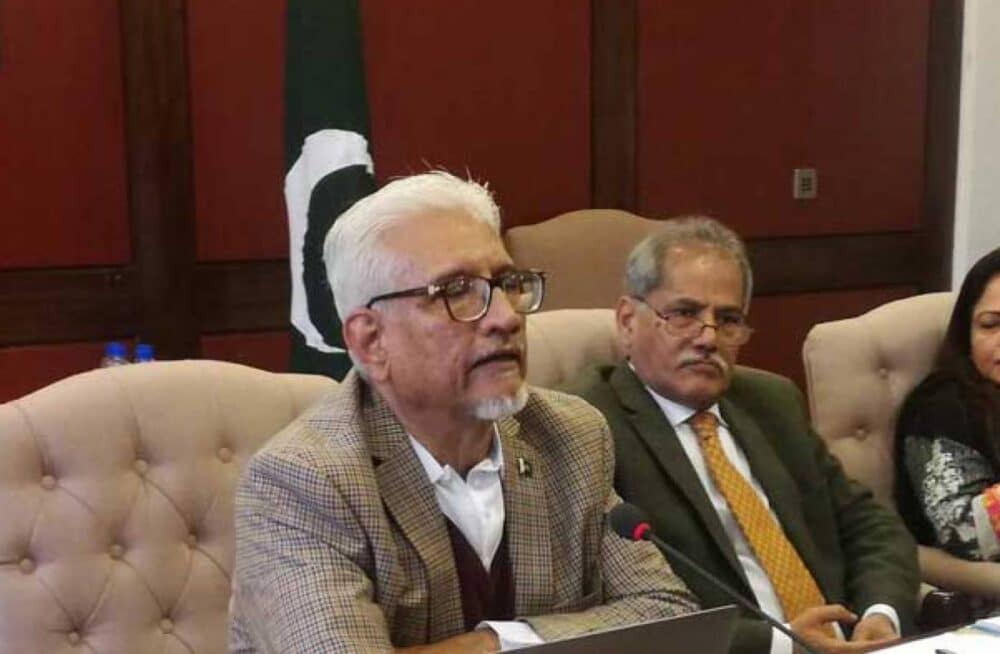 On the other hand, anchorperson Kamran Khan, in his tweet, revealed that Waqar Masood resigned from the SAPM position owing to differences with FM Shaukat on FBR reforms and the Kamyam Pakistan program.

Dr Waqar resignation not related but recent hacking disaster at FBR finally making waves at PMO, system not fully recovered so far. Heads to roll. New FBR Chairman https://t.co/XhXJwhQI8N Tarin was not informed about the disaster for first 48 hrs. Dr Ashfaq Tariq Huda in the run.

He also tweeted that Dr. Waqar’s resignation was not related to the recent hacking disaster at FBR finally making waves at PMO, as the system has not fully recovered so far. Tarin was not informed about the disaster for the first 48 hours. Besides, Khan wrote that Dr. Ashfaq Tariq and Tariq Huda are favorites for the Chairman FBR slot.

Earlier, it was also reported that Waqar Masood wanted the Secretary Finance powers, due to which Kamran Afzal was transferred from the Finance division to Industries and Production.

Masood was appointed SAPM on Finance and Revenue in October last year.