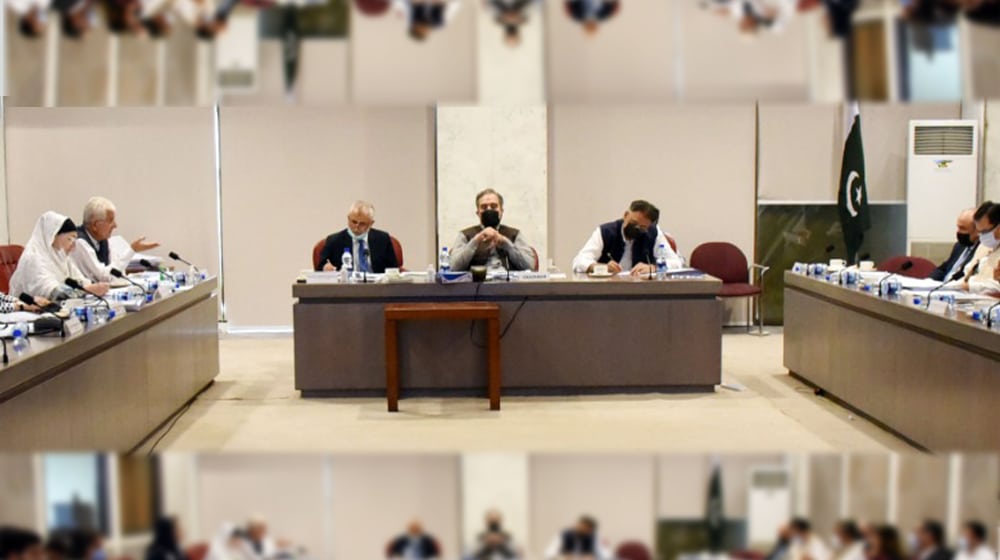 The 37th meeting of the Parliamentary Committee on the China-Pakistan Economic Corridor was held in Islamabad under the Chairmanship of Member of National Assembly Sher Ali Arbab.

During this in-camera meeting, the committee observed that the establishment of the Special Economic Zones (SEZs) will be futile if the industries are not installed there on time. The issues pertaining to the selling and cancellation of plots in the SEZs need to be resolved at the earliest so that the process of establishing industries in SEZs may be expedited.

The committee emphasized the need to move towards the ease of doing business to attract massive local and foreign direct investments in Pakistan. It highlighted that the concerned quarters should incentivize the industries in the SEZs in such a way that the ones established in Pakistan may compete with the other countries in the region.

Moreover, the untapped potential in tourism should also be exploited besides focusing on the agriculture and the industrial sectors. A lot of revenue and employment opportunities can be generated through the establishment of integrated tourism zones in the country under the China-Pakistan Economic Corridor (CPEC) framework.

While being briefed on the security measures for projects under the CPEC framework, the committee maintained that the issues that the SEZs are facing in terms of security measures affect businesses. Measures that can make businesses thrive in Pakistan should be given top priority because economic stability will lead to peace and security in Pakistan. The goals envisaged under the CPEC cannot be achieved without local ownership, which is why the locals’ issues pertaining to security arrangements should be resolved at the earliest so that local ownership of the CPEC projects may be secured.

The committee remarked that when locals and tourists pass through security check-posts, they should be treated with politeness and with regard for their self-respect.

It said that the world is increasingly moving towards the adoption of modern technologies, and adding an Electric Traction (E.T) component in the Mainline-1 (ML-1) project after eight or ten years would become obsolete and costly. Given the huge benefit of the E.T component in ML-1 in terms of its payback, and the cost and compatibility with the environment, the committee urged immediate progression towards its adoption and the up-gradation of the existing infrastructure of the project to the electric traction.