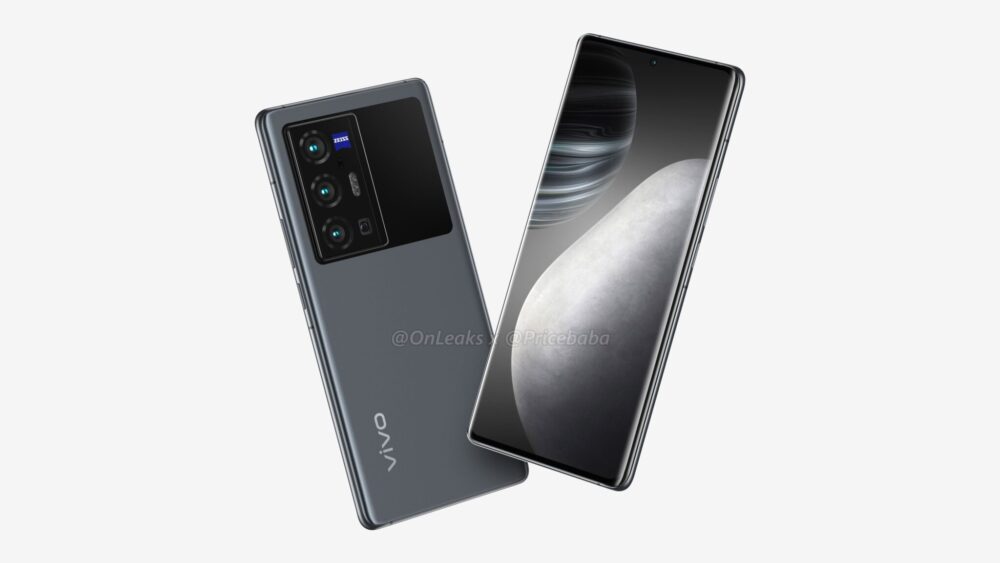 Vivo has finally confirmed the launch date for its next flagship phones after a series of teasers and leaks. The X70 lineup will become official globally on September 10, only a day after launching in China.

This launch date has been reported by several renowned tipsters on Twitter, one of them being Abhishek Yadav. His tweet shows official posters for the Vivo X70 along with a launch date. Vivo X70’s global variant will feature Origin OS while the Chinese version will stick with Funtouch OS.

The tweet also shows official images of the Vivo X70 that confirm its design. Vivo is sticking to the narrow and vertical camera setup in the corner, housed in a rectangular cutout as always. Two large camera sensors can be seen above a smaller one and a periscope lens for optical zoom.

The main camera is branded with the Zeiss T moniker, which is the same as Sony’s Xperia 1 flagship phones. The T in this branding is used for a special type of lens coating that eliminates glare caused by stray light.

We expect the Vivo X70 series to feature the Snapdragon 888+ SoC since the predecessor offered the SD888. There will also be a faux leather variant since that has become a tradition in Vivo X series phones.