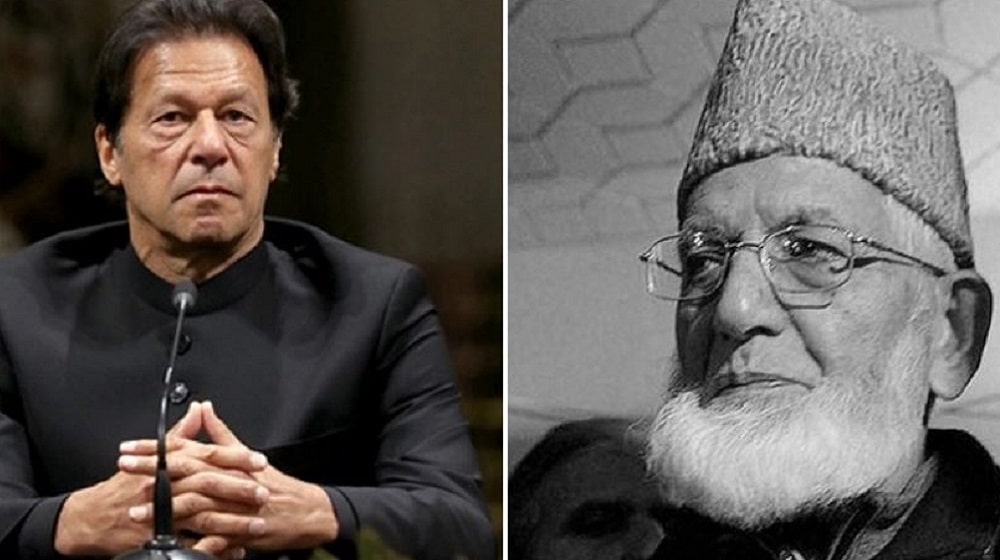 Taking to Twitter, PM Imran Khan penned that the Kashmiri freedom fighter struggled all his life for his people and their right to self-determination. He suffered incarceration and torture at the hands of Occupying Indian state but remained resolute.

Deeply saddened to learn of the passing of Kashmiri freedom fighter Syed Ali Geelani who struggled all his life for his people & their right to self determination. He suffered incarceration & torture by the Occupying Indian state but remained resolute.

The premier lauded his courageous struggle and recalled his words: “Hum Pakistani aur Pakistan Humara hai.” [We are Pakistanis and Pakistan is ours].

He added that the Pakistani flag will fly at half-mast and the country will observe a day of official mourning today.

Last night, the pro-freedom politician died at the age of 92 at his home in Srinagar. He had been ailing for some time and was under house arrest for the last 12 years.

He was laid to rest a few meters away from his home amid tight security earlier today. Although his family had initially planned to bury him at the Martyrs Graveyard in Srinagar, the occupying Indian authorities did not allow it fearing widespread agitation.