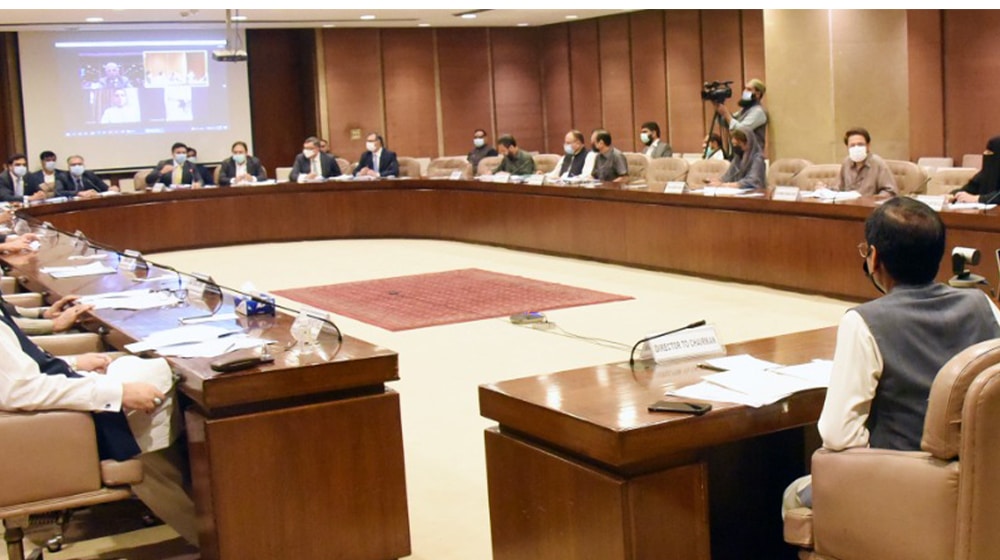 Public Accounts Committee raised concerns regarding overcharging public Rs. 100 for COVID vaccination certificate. NADRA is putting the burden of non-receipt of dues from government agencies on the common man, who cannot afford a two-time meal.

These remarks came from the Chairman of the Public Accounts Committee (PAC), Rana Tanveer Hussain, who chaired the 69th meeting of the committee in the parliament house on Tuesday.

The audit objections of the Ministry of Interior and the National Database and Registration Authority (NADRA) were reviewed in the meeting. The Chairman enquired about the implementation status from NADRA regarding charging fees for COVID Vaccination certificates. He said that in Rs. 350, a card is being issued, while NADRA centers are charging Rs. 100 for a certificate. He said that NADRA is putting the burden of non-receipt of dues from government agencies on the common man.

He criticized NADRA, saying, “What kind of organization it is which is charging Rs. 100 for a mere paper certificate.” NADRA is not a commercial entity, it is a service-providing organization, and it should facilitate the public.

Chairman NADRA, Tariq Malik, who recently took charge of the authority, responded to the Chairman’s reservations that the authority is only issuing vaccination certificates with a QR code that contains all the information of the vaccinated persons. He denied the issuance of any card to any person regarding vaccination. Tariq Malik said that if the committee issues orders, the fee of Rs. 100 for a certificate can be reduced.

Auditor General of Pakistan (AGP) Accounts officials pointed out the non-issuance of 700,000 Afghan refugee cards, which caused a loss to the tune of 127 million rupees to the national exchequer. Chairman NADRA accepted the issue.

Audit reports also mentioned that NADRA procured Result Transmission System (RTS) for the Election Commission of Pakistan (ECP), and ECP is a defaulter of NADRA. The default amount is 47 million rupees out of 130 million rupees.