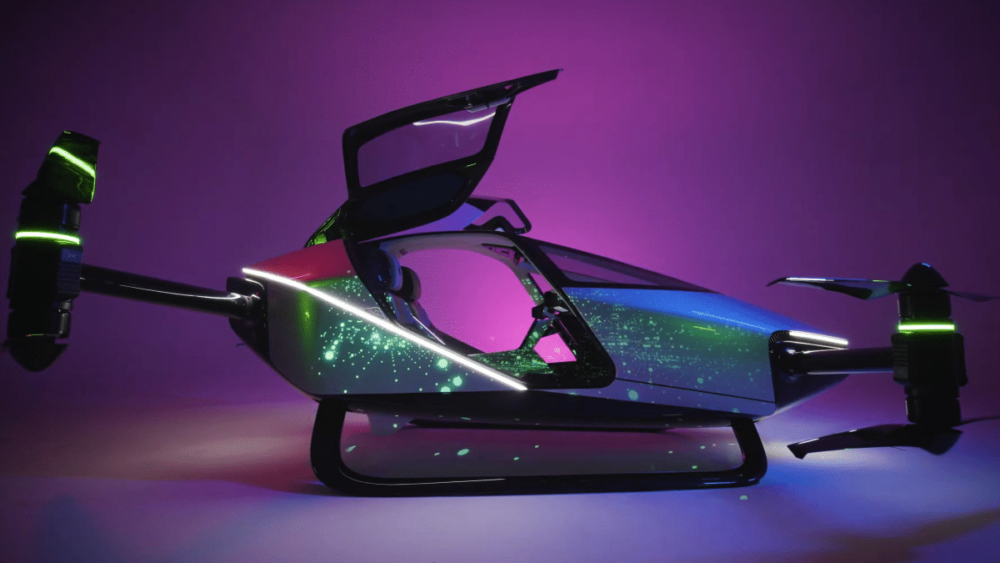 Chinese electric car start-up XPeng Motors is trying to boost its sales and is exploring areas such as robots and flying cars which can play an important role in its long-term goals, according to its CEO.

XPeng’s CEO, He Xiaopeng, discussed its latest developments and investments in robotics, flying cars, and the challenges that the auto industry is facing because of the shortage of semiconductor chips with CNBC on Tuesday.

Earlier this year, the company showcased the second prototype of its flying car Voyager X2 which has been in development for eight years. It also unveiled its four-legged ridable ‘robot unicorn’ on Tuesday.

While commenting on the development of these technologies, He Xiaopeng said,

With the development of technology, the form of mobility will evolve from wheels to wings, propellers, 4 legs or 2 feet, [and] technology should help people have better and happier lives. This has always been my goal.

He estimated that all automakers will also be robotics companies within the next 10 to 30 years, and stated that XPeng considers robots to be the transportation tools in low speed and random environments. He added that as these robots become smarter, they can help humans with simple and repetitive tasks.

Other automotive manufacturers across the world are also working in this direction. Tesla CEO Elon Musk said last month that the company will build a humanoid robot called the ‘Tesla Bot’. Similarly, Hyundai recently acquired the renowned Boston Dynamics, while the Chinese tech giant Xiaomi is also pursuing similar paths.

Voyager X2 is XPeng’s second flying car prototype and the world’s first flying car that carries a passenger. Xiaopeng stated that the X2 will be able to take off and land vertically, and will be a low-to-mid-altitude flying car. He added that the company is putting together a research and development team of a few hundred people for the development of the X2.

The CEO stated that the company will hold a press conference to discuss the dimensions, pricing, and pre-orders of the X2 in about a year’s time.

The global shortage of semiconductor chips has affected every automaker, and XPeng is no exception. Its vehicle deliveries dipped in August as compared to its sales in July this year.

Xiaopeng attributes the disturbances in the supply chain to the pandemic that is the “biggest challenge” for XPeng but sees it as a chance for the company to become resilient.

The pandemic has caused a shortage of semiconductor chips, which is the biggest blow to our business. I expect the chip shortage to ease in about 18 months from now [or] the situation might get even worse.

The CEO is optimistic, and remarked,

XPeng is a very young company. I see this as an early test. If we can overcome the challenge and get ready for what’s to come, we will do even better when our sales reach 300,000 or 500,000 cars per year.

Despite all these problems, the company has pledged to persevere and release new cars. Its newest car, the P5 sedan, will launch on 15 September and it plans to launch two or three vehicles each year from 2023 onwards. It is also working on expanding its manufacturing capacity.