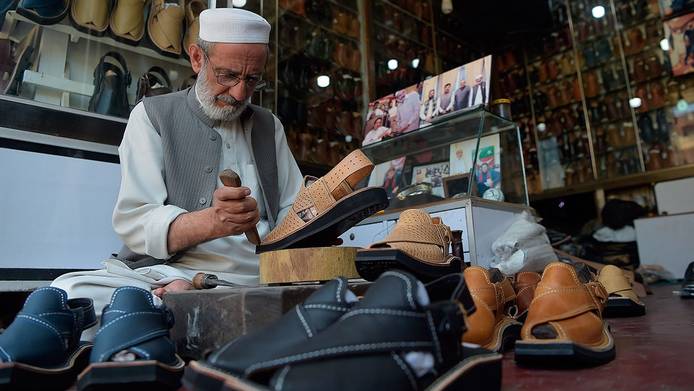 During his visit, Karim praised the center’s facilities and technology but highlighted that most footwear manufacturers were still using outdated machinery and techniques.

The Special Assistant discussed how there is significant international demand for Peshawari footwear, especially the traditional Peshawari chappal, which is why the provisional government is interested in expanding into the international export market.

“We wish to collaborate with the PFMA to modernise our footwear industry with infrastructure and human resources development for producing quality products and tapping foreign markets,” Karim said.

“We will continue to work for improving the footwear industry and to turn it into a leading export sector of the country,” he said.

The Italy-Pakistan Footwear Technological Center was launched last year as a joint venture between Italy and Pakistan to promote technological advancement in the manufacturing of footwear.