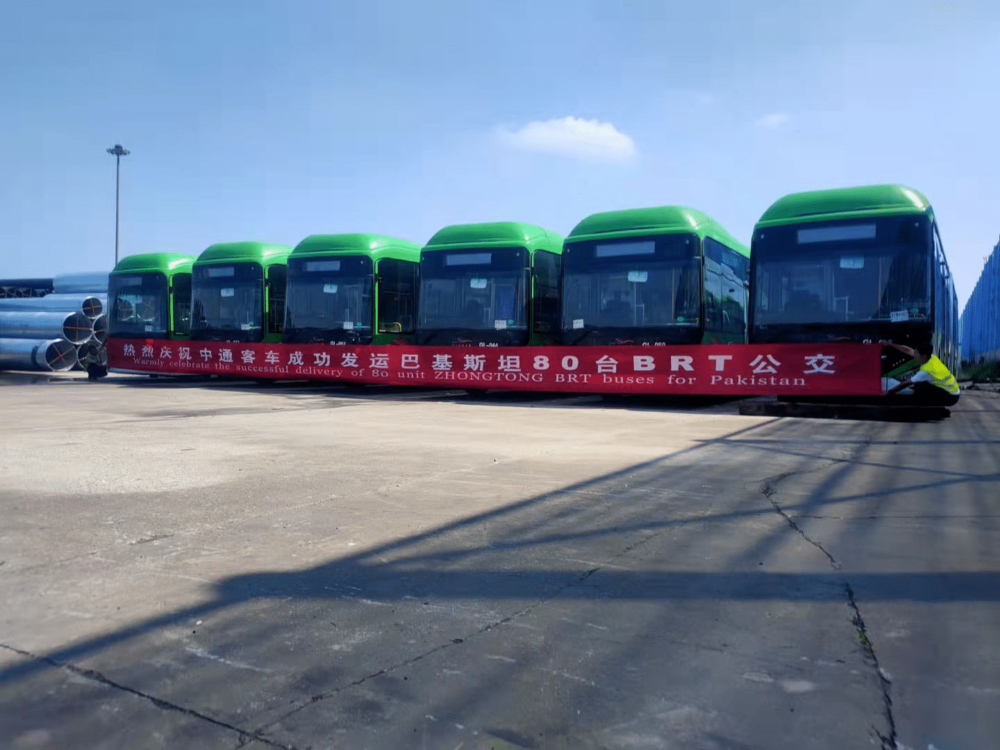 Karachi’s public transport will soon receive an upgrade as a cargo ship from China carrying 40 of the 80 new buses for the Green Line Bus Rapid Transport Karachi docked at Karachi Port on Sunday.

At the off-loading ceremony at Karachi Port, Governor Sindh Imran Ismail stated that “We are fulfilling promises made to Karachi. Citizens will be able to travel in modern and luxury buses [at the same price] as Qingqi rickshaws”. He added the project is Sindh’s first mass transit project for which 40 buses have arrived today and the remaining buses will reach Karachi next month.

The Federal Minister of Planning Development and Special Initiatives, Asad Umar, was also present at the occasion and stated that “Karachi is the biggest city of Pakistan. For the first time, a modern transport system is going to be launched here”. He added that a bus depot has been constructed for the buses and 22 bus stations are complete. Umar further added that the drivers will complete their training in two months after which the buses will be operational.

The minister elaborated that the government is working to improve the conditions of the largest city in the country and five different projects under the Karachi Transformation Plan are underway. Karachi Circular Railway, he added, will be approved in the upcoming meeting of the Executive Committee of the National Economic Council (ECNEC).