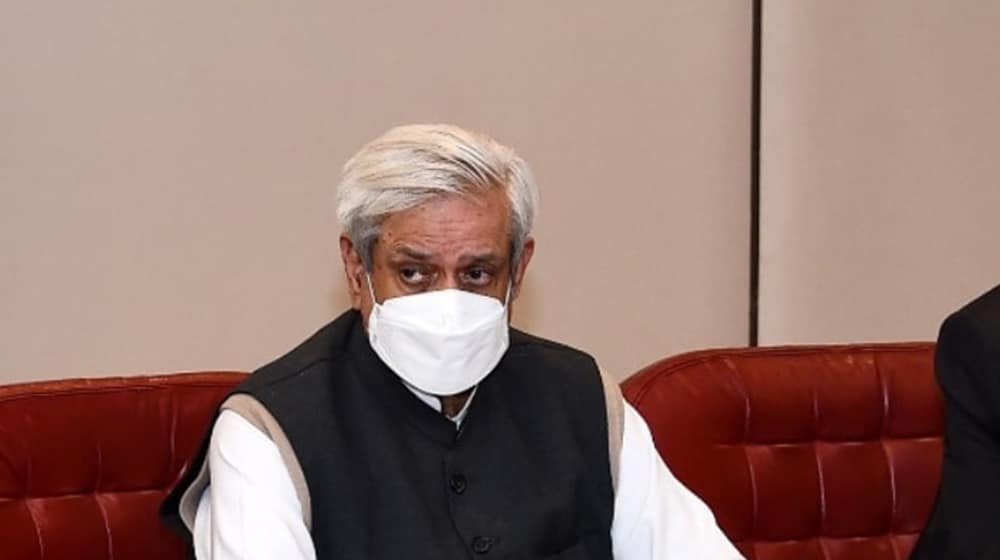 The enhancement of Minimum Support Price (MSP), along with a number of other measures taken by the government, has yielded results by helping the country harvest the highest crop of 27.5 million metic tons.

Representatives of all provincial food departments, PASSCO, and senior officials of NFS&R attended the meeting. The minister was apprised of the latest wheat production estimates, wheat stock positions, wheat carry forward and procurement progress, and updates on wheat release price and MSP.

The Minister said that every year, almost five to six million people were added to the country’s population, which increased the total demand for wheat in the country. He added that by managing the controllable factors, including the availability of high-quality, rust-resistant, and certified seed, effective utilization of water, and proper usage of fertilizers and pesticides, the overall production of wheat can be significantly increased. He stressed that both the overall area under cultivation and the per hectare yield needed to be increased.

Federal Minister sensitized the provincial food departments about the need for timely finalization of the MSP. He emphasized that MSP should be finalized before the sowing season of wheat in order to make it effective. He was briefed that the provinces had submitted their MSP proposals and were awaiting cabinet approvals.

Fakhar Imam was briefed that Punjab and Khyber Pakhtunkhwa had finalized their wheat release policies at Rs. 1950/40 kg, whereas the retail price would be Rs. 1100/20 kg. He was further told that Sindh was yet to get final approval from the provincial cabinet for its wheat release policy.

The Federal Minister was apprised by the provincial agricultural departments of the latest production figures of wheat. Punjab’s production, he was told, was estimated at 20.9 MMT, and Sindh’s production at 4.04 MMT, whereas the KPK and GB production estimates stood at 1.45 and 1.15 MMTs. The total wheat stock available with Punjab stands at 3.86 MMT, Sindh’s at 1.26 MMT, KPK’s at 0.18 MMT, and Baluchistan’s at 0.085 MMT, he was informed.

Fakhar Imam said that the government was focusing on the availability of certified seed and for the upcoming season, around 530,000 metric tons would be available including 160,000 tons rust-tolerant varieties.

Fakhar stressed the need for announcing the MSP well before the start of the sowing season. He said that a variety of factors, including an enhancement of MSP from Rs. 1,400 to Rs. 1,800, favorable weather conditions, availability of certified seed (513,000 ton), availability of fertilizers and irrigation water, etc, helped the country achieve a historic production, as it had the highest wheat yield of 27.5 million tons.

Fakhar Imam said that the government planned to formulate a policy, under which all the stakeholders would be heard and all their concerns to be addressed. He announced that an informed policy would be made before the sowing season to enhance wheat productivity and overall production. He made an assurance about Gilgit-Baltistan and Azad Jammu & Kashmir (AJ&K) that the federal government was fully willing to supply wheat to the wheat deficit areas from the PASSCO’s stock.