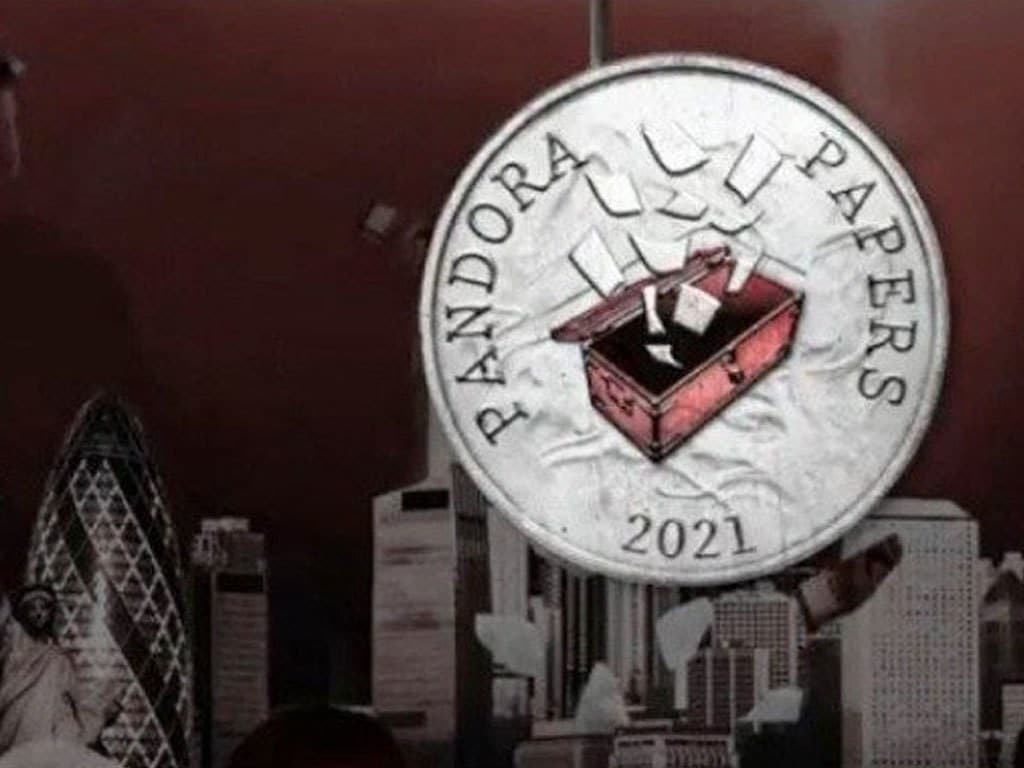 The International Consortium of Investigative Journalists (ICIJ) published research on Sunday that exposed the politicians and billionaires who used offshore entities to hide wealth, carry out secret transactions, and avoid taxes.

The investigation uncovers the shadowy offshore financial system that allows multinational corporations, the rich, famous and powerful to avoid taxes and shield their wealth.

The revelations are part of the Pandora Papers, a new global investigation carried out by the International Consortium of Investigative Journalists (ICIJ) with the collaboration of 600 journalists around the world.

The investigation, which was the largest ever journalistic collaboration, used 11.9 million records from 14 different offshore services firms, obtained through a data leak.

The International Consortium of Investigative Journalists’ ‘Pandora Papers’ have revealed the Minister of Finance, Shaukat Tarin, to be among those who reportedly have links to offshore holdings.

The consortium also released a report revealing that “key members of Khan’s inner circle, including Cabinet ministers, their families and major financial backers have secretly owned an array of companies and trusts holding millions of dollars of hidden wealth”.

The investigation has also implicated military leaders, but there is “no suggestion” that Khan is involved.

In a statement responding to the allegations, Tarin said “The off-shore companies mentioned were incorporated as part of the fund-raising process for my bank”. He added that he “has done nothing wrong and is ready for any kind of investigation”.

The documents also show that Arif Naqvi, PTI’s top donor for the 2013 elections, owns several offshore companies. He transferred ownership of three luxury apartments, his country estate, and a property in London’s suburbs to an offshore trust owned by Deutsche Bank.

The former federal Minister for Water Resources, Faisal Vawda, also started an offshore company in 2012, according to the ICIJ.

The consortium reported that PML-Q leader Chaudhry Moonis Elahi had “planned to put the proceeds from an allegedly corrupt business deal into a secret trust, concealing them from Pakistan’s tax authorities”.

Elahi has been linked to several fraud and corruption allegations in the past years, but was recently appointed Minister for Water Resources by PM Khan.

According to the papers, the brother of federal industries minister Khusro Bakhtiar, Omer Bakhtiar, had used an offshore company to transfer a $1 million apartment in London’s Chelsea area to mother in 2018.

Lt. Gen. Shafaat Ullah Shah was shown to have transferred a $1.2 million London apartment to his wife in 2007.

In addition, Raja Nadir Pervez, a retired army lieutenant colonel, owned a company registered in the British Virgin Islands. He had transferred his company shares to a trust that operates several offshore companies.

Meanwhile, Shahnaz Sajjad Ahmad, the daughter of a retired lieutenant general, inherited wealth through offshore trusts, and later set up similar trusts for her daughters.

Furthermore, the son of Lt General (retd) Muhammad Afzal Muzaffar, Muhammad Hasan Muzaffar, was shown to own shares in a company registered in the British Virgin Islands,

Apart from politicians and military leaders, the ICIJ revealed a number of prominent media owners who own offshore companies.

PM Imran Khan responded to the expose, tweeting that his government will investigate all individuals mentioned in the Pandora Papers.

My govt will investigate all our citizens mentioned in the Pandora Papers & if any wrongdoing is established we will take appropriate action. I call on the international community to treat this grave injustice as similar to the climate change crisis.

The investigation has exposed politicians, billionaires, and celebrities around the world for illegal financial transactions and tax evasion.