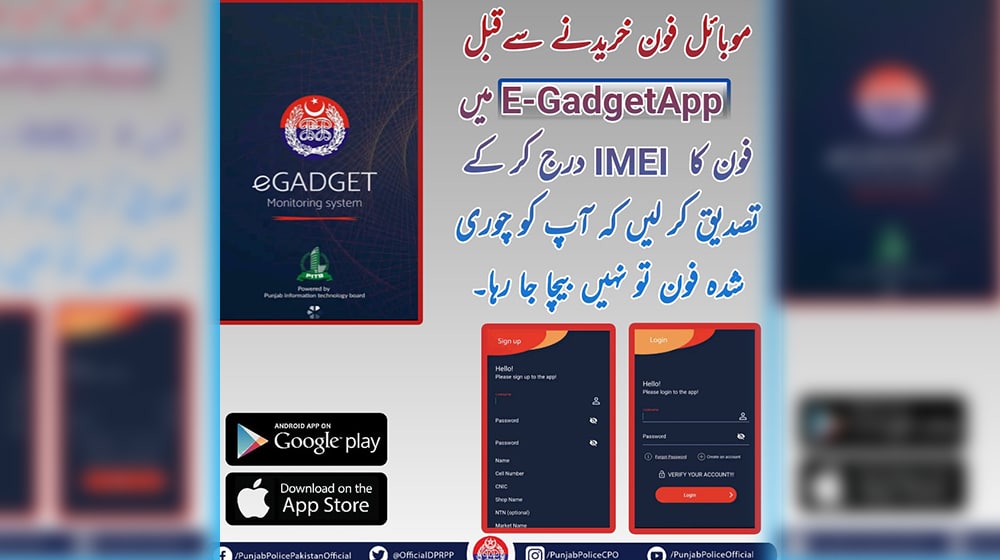 The Punjab Police Department has officially launched its very own smartphone application, eGadget Monitoring System, to put an end to the theft and sale of stolen smartphones.

While addressing the ceremony, CCPO Lahore lauded the application as an effective tool for deterring smartphone theft by more than 60 percent. He promised all traders in attendance that the app will help safeguard their daily businesses, and provided further reassurances that its services will be extended to other cities of the province after garnering enough success in the provincial capital.

Moreover, DIG Dr. Inam Wajid said on the occasion that smartphone businesses will be able to save IMEIs of sold phones on the application, which would essentially create a principle database for smartphones.

If a phone is stolen, the police will automatically gain access to the database through the application and track its whereabouts, further increasing the possibility of recovering the device in a short period of time. Customers who’re in the market for purchasing a smartphone would be able to check whether the device is stolen, he further said.

In case a cellphone is stolen, the police will be notified promptly via the app and a First Information Report (FIR) will be instantly uploaded on it.

The Capital City Police Lahore developed the eGadget Monitoring System application in collaboration with the Punjab Information Technology Board (PITB). The app is available for both Android and iOS users and has an easy-to-understand user interface.