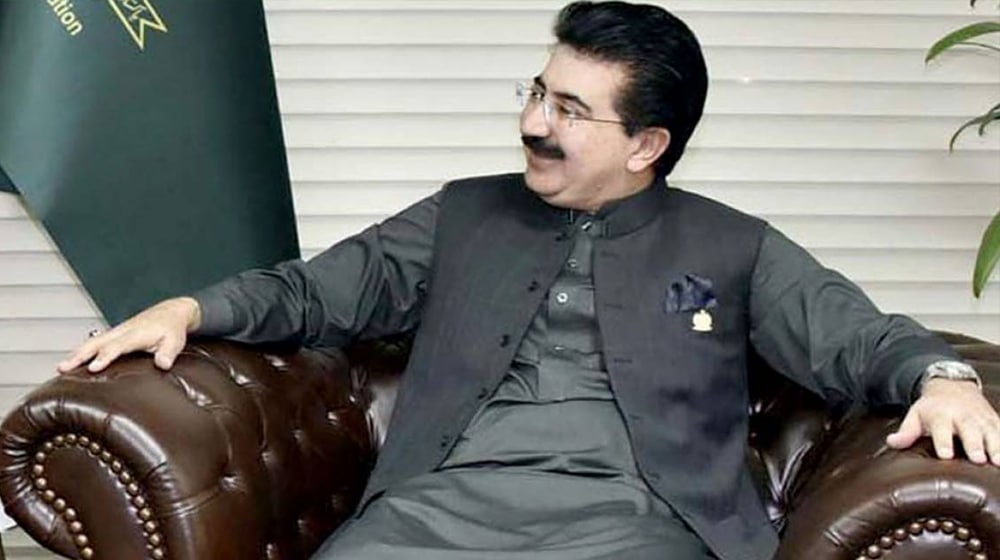 The Chairman of the Senate, Muhammad Sadiq Sanjrani, has accentuated the need to strengthen bilateral relations between Pakistan and South Korea in diverse fields, including Trade and Economy.

While talking to the Korean Ambassador, Suh Sangpyo, who had called on him at the Parliament House on Thursday, Sanjrani said that Pakistan cherishes its relationship with the Republic of Korea which it holds in high esteem, and commended Korea’s remarkable journey on a path of peace, democracy, and prosperity.

Views were exchanged on bilateral relations, matters of mutual interest, and the overall regional situation. The Chairman lauded Korea’s steadfast growth and remarked that it has transformed itself from a developing country into a leading technologically advanced economy within a short span of a few decades. Regarding economic ties, he underlined that the countries’ economic relations are the bedrock of their bilateral relationship.

Korean companies have increased their footprints and market share in Pakistan over the last two years. Sanjrani underscored that the current bilateral trade of US$1.122 billion is not commensurate to the true potential and stressed the need for proactive measures to increase its quantum. A Free Trade Agreement will bring benefits to both countries, he opined.

“Pakistan is closely linked with landlocked Afghanistan and the Central Asian Republics. It is, thus, a key investment destination for countries around the world. Korean investors should also benefit from investment-friendly opportunities in Pakistan,” he emphasized.

Sanjrani also appreciated the assistance and cooperation extended by the EXIM Bank of South Korea in initiating work on the construction and establishment of the Information Technology Park in Islamabad at a cost of US$ 88.80 million.

In consideration of the recent evolving situation in Afghanistan, Sanjrani apprised the visiting dignitary that Pakistan has safely evacuated over 16000 foreign nationals through Pakistan, and added that Pakistan has also safely airlifted 392 Korean and Afghan nationals from Kabul on the request of the Republic of Korea.

“We are desirous of expanding and deepening trade and investment ties with Korea,” Sanjrani said.

Both sides stressed the need to enhance their parliamentary relations through exchanges between Parliamentary Friendship Groups.

Sanjrani commended Korea’s efforts for the preservation and restoration of the Ghandhara civilization in Pakistan, and the dignitaries also discussed the recent launching of the Samsung Mobile Manufacturing Unit in Pakistan.