Yesterday, it lost nine paisas against the USD and closed at 171.13. 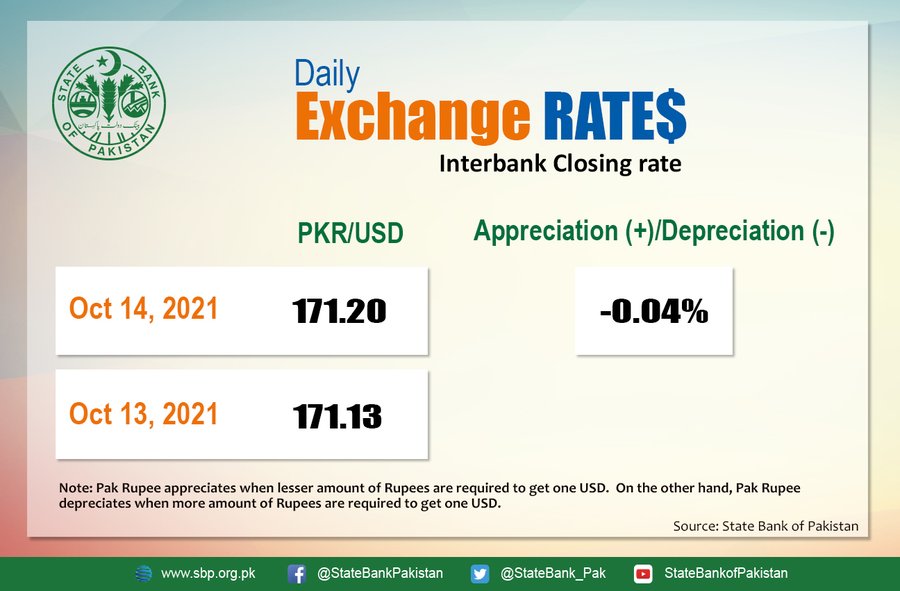 Asad Rizvi, the former Treasury Head at the Chase Manhattan Bank, said that traders are focused on how on-g0ing discussions with the International Monetary Fund (IMF) will turn out. The IMF projected a decline in the government gross debt for Pakistan from 83.4 percent of Gross Domestic Product in 2021 to 80.9 percent in 2022.

Y’day Rupee tested yet another all time new low of 171.15. Market remained nervous looking for direction, as #PKR was unable to make gains beyond 171.
All eyes are glued & waiting for the outcome of delayed 6th review talk with IMF. Pressure on PKR to persist

A currency dealer at a commercial bank said that demand for the US currency was high due to import payments.

The Pakistani Rupee (PKR) has depreciated by nearly 11 percent since its peak in May, and analysts cite the smuggling of dollars to Afghanistan as one of the major reasons for its deterioration. A national daily reported yesterday that the Federal Investigation Agency is ‘investigating 100 people suspected to have hoarded or smuggled over $63 million to Afghanistan in the past 45 days’. 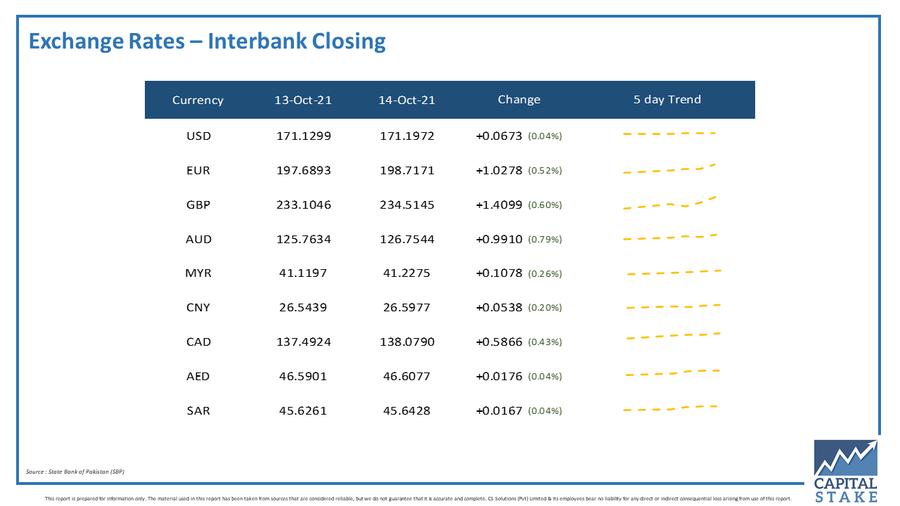 It also lost two paisas each against the Saudi Riyal (SAR) and the United Arab Emirates Dirham (AED).