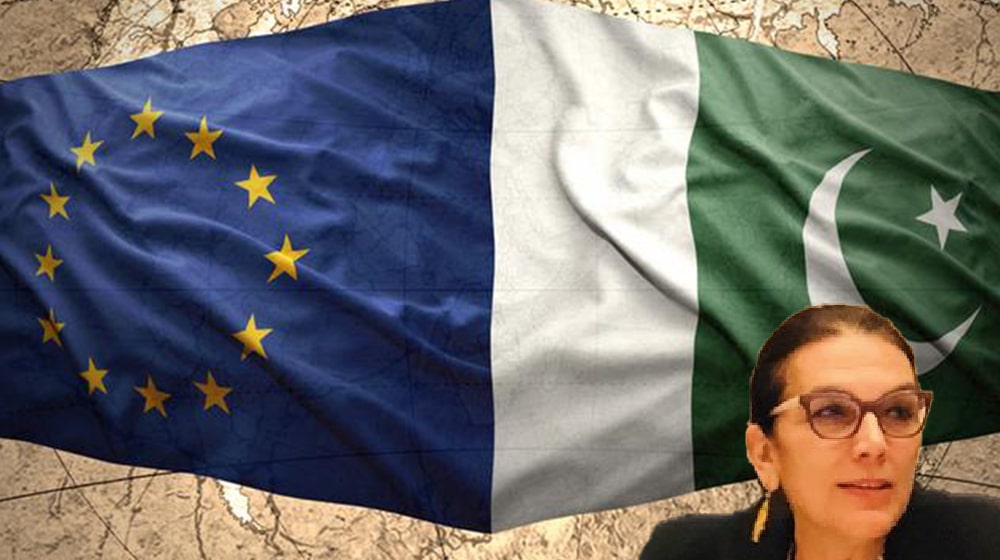 The European Union will decide whether to extend the Generalised Scheme of Preferences Plus status to Pakistan after reviewing the country’s export performance for 2020 and 2021.

Its Ambassador to Pakistan, Androulla Kaminara told the business community at the Lahore Chamber of Commerce & Industry that “the last two-year report (2018-19) was issued in February 2020. Pakistan’s performance report (for the years 2020 and 2021) is under compilation these days”.

“Therefore, further decision for the extension of this status to Pakistan, with effect from January 1, 2024, will be made after reviewing this report,” she added.

Kaminara explained that the European Union (EU) wants to facilitate the acceleration of Pakistan’s exports in an environmentally sustainable way. “We will continue engaging with partners, including Pakistan, to address the common challenge of climate change,” she said and added that the EU specifically wants to support the country’s small and medium-sized enterprises.

Also speaking at the occasion, the President of the Lahore Chamber of Commerce & Industry (LCCI), Mian Nauman Kabir, said, “Figures show that EU accounts for about 14pc of Pakistan’s total trade volume and around 31 percent of Pakistan’s total exports. In this context, the extension of GSP+ status for Pakistan till December 31, 2023, holds great significance for our economy”.

The Generalised Scheme of Preferences Plus (GSP+) facility is a trade program that removes or reduces import duties on products coming from low-income countries into the EU. The status is granted to countries under the condition that they comply with a number of human rights and environmental conventions.

The EU had proposed a new GSP scheme in September, that ensured more scrutiny over whether countries adhere to human rights and environmental conditions. It introduced five new international conventions that countries under the GSP scheme will have to comply with. These address issues such as children’s rights, labor rights, and organized criminal activities.

The EU also added the possibility that it would withdraw the GSP status for “serious and systematic violations” of its conventions.

The EU Parliament passed a resolution a few months ago that raised concerns over Pakistan’s recent human rights violations, including blasphemy accusations and sectarian violence.

Pakistan’s current GSP+ status will stay in effect until December 2023 unless the EU approves an extension of the scheme.