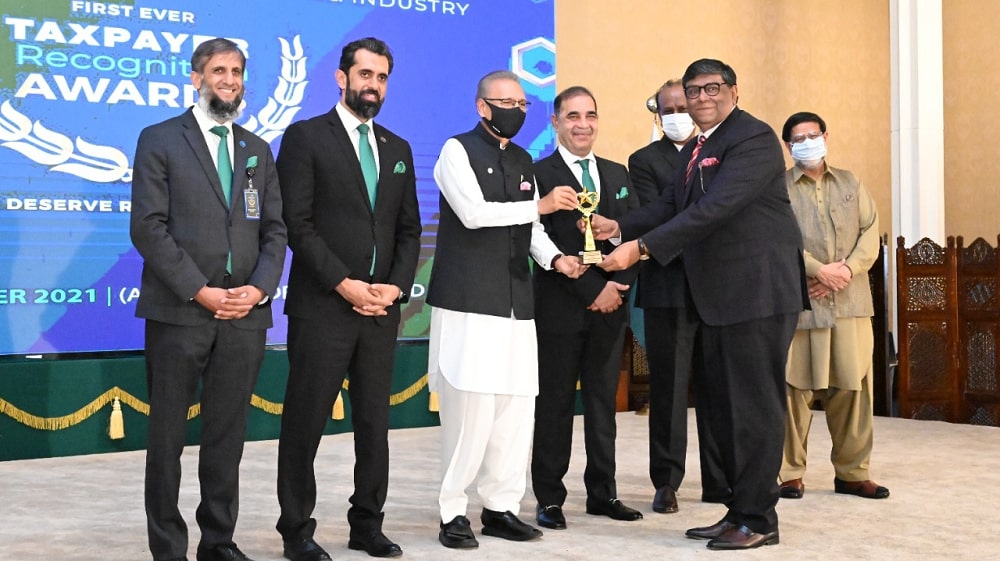 Jazz has been bestowed the ‘Best Taxpaying Company’ award under the large taxpayers’ category (largest withholding agent nationwide) at the inaugural Taxpayer Recognition Awards organized by the Rawalpindi Chambers of Commerce and Industry (RCCI) in collaboration with the Federal Board of Revenue (FBR).

The ceremony took place at the President House, where the president of Pakistan Dr. Arif Alvi handed over the award to Jazz’s Chief Regulatory and Corporate Affairs Officer Syed Fakhar Ahmed.

In 2020, Jazz contributed a total of PKR 65 billion in taxes to the national exchequer in the form of corporate tax, advance tax, withholding tax, sales tax, and import/customs duties. In the last two years, Jazz has also invested over $560 million towards the expansion of the 4G network mainly in rural and semi-urban areas.

Since its inception, Jazz has invested USD 9.6 Bn in the local telecom industry while having paid PKR 255 Bn to the national exchequer in the form of taxes during the last five years (2016 to 2020). We are delighted that our contributions to national revenue and tax collection are recognized today. This ceremony to celebrate companies that are duly fulfilling their tax obligations to foster economic growth and development is welcome, as it will promote the tax culture locally.

The award is reflective of Jazz’s commitment to Pakistan and an endorsement of its ethical business practices. The mobile operator advocates for fair, accountable tax systems that promote digital inclusion.

This inaugural award ceremony is meant to recognize the largest taxpayers from across the country, coming from large scale as well as small and medium industries. By highlighting their achievements, RCCI believes other corporations will be encouraged to follow suit.

Minister for Privatization Mohammad Mian Soomro, RCCI President Chaudhry Nadeem, and representatives from the corporate sector were also in attendance.