The Pakistani Rupee sank to a fresh all-time low against the US Dollar today — it depreciated by five paisas against the dollar and closed at 174.00.

It hit its previous record low against the US Dollar (USD) yesterday when it closed at 173.96. 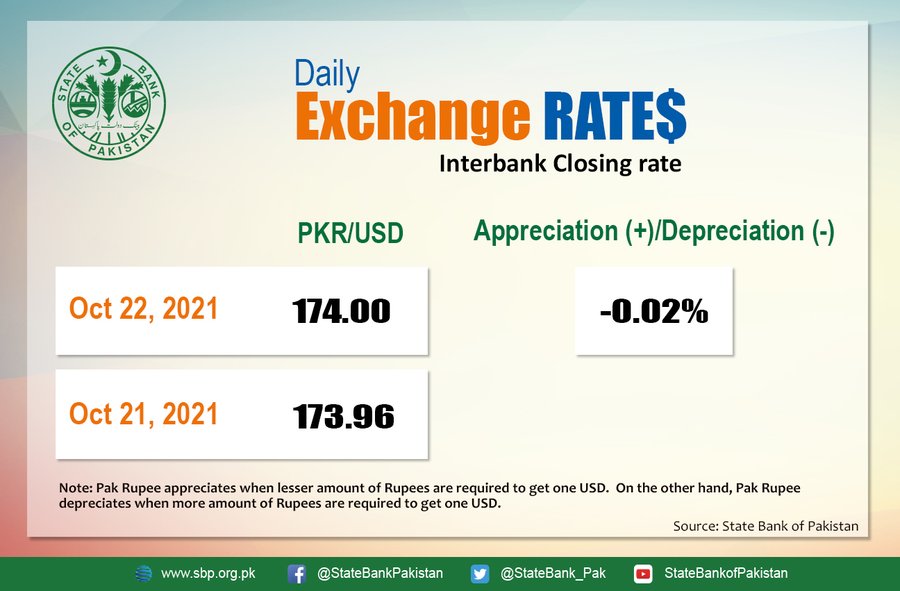 The country’s liquid foreign exchange reserves recorded a huge outflow of $1.64 billion in the week that ended on 15 October. Besides this, the Financial Action Task Force announced yesterday that it will keep Pakistan on the grey list.

On FATF issue of the 2-action plans 30 items are done out of 34. But was not enough to get rid out of Grey List.
NET RESERVES WITH SBP plunged by $ 1.64bn.
Nothing firm yet, on PAKISTAN/IMF talks.
And with M/E market close due2 weekend , #PKR lacks support. pic.twitter.com/dKcxfQH3hl

The former Treasury Head of Chase Manhattan Bank, Asad Rizvi, said that discussions with the International Monetary Fund are underway and that this is exacerbating pressure on the Pakistani Rupee (PKR). 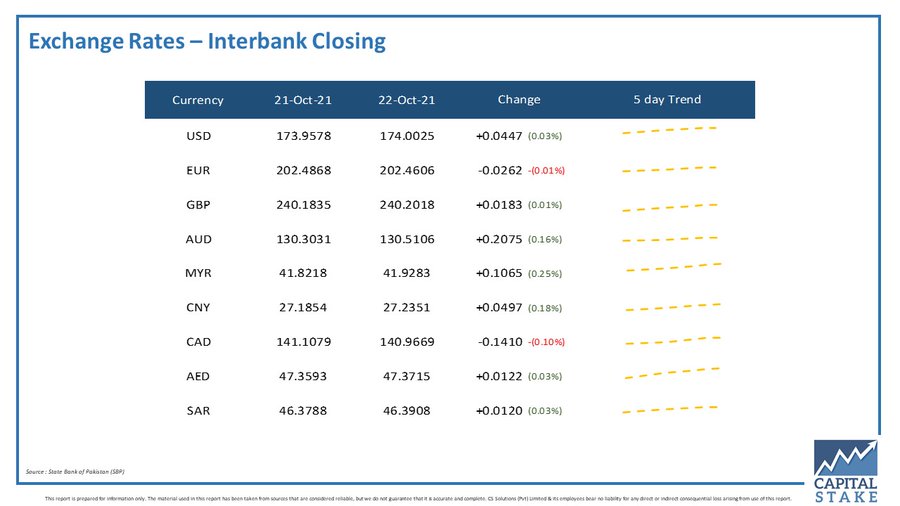