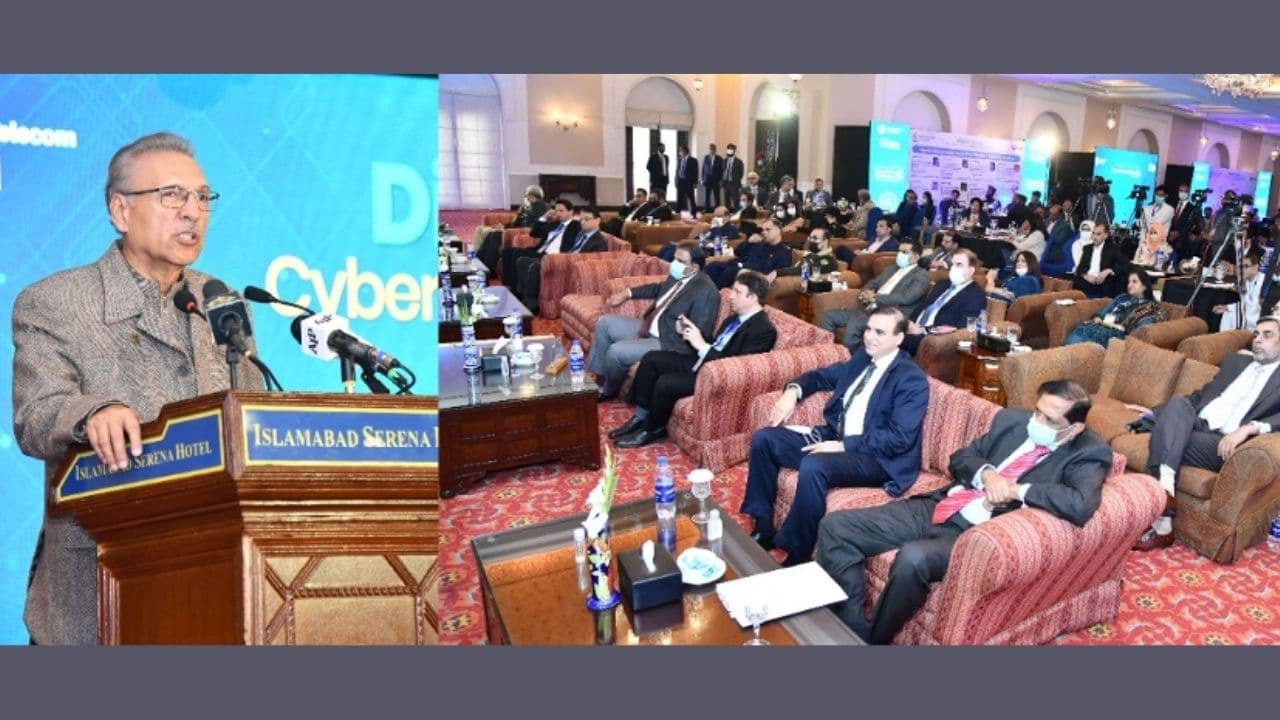 Ignite National Technology Fund held the Grand Finale of the first Digital Pakistan Cybersecurity Hackathon at a local hotel where the President of Pakistan, Dr. Arif Alvi, gave awards to the winners of the hackathon in different categories.

The event started in the morning with a welcome address by CEO Ignite, Asim Shahryar Husain, who stated that the hackathon has been a marathon which had been announced in August and concluded after three months in November.

1176 teams registered for the hackathon from all over the country out of which 475 teams were shortlisted for qualifier rounds in Karachi, Lahore, and Islamabad followed by the final competition in Islamabad. Cash awards of Rs. 6 million were given to the top 3 teams in 5 categories of the hackathon.

The event was attended by officials of the IT ministry, Ignite, Chief Information Security Officers, cybersecurity experts, and professionals from industry, academia, winning teams, and the youth with an interest in cybersecurity.

They spoke on the rising importance of cybersecurity and the steps government, academia, and industry can take to train IT graduates and professionals to guard its cyber networks in the future.

The afternoon program started after the President’s arrival. Ignite showcased a documentary on the complete journey of the hackathon in different cities of Pakistan which was very much appreciated by the audience.

This was followed by feedback from different participants about the quality of the hackathon and how it has helped them prove their cybersecurity skills.

President Arif Alvi emphasized in his address that the risk of cyberattacks grew with Pakistan’s advancement towards digitalization, thus requiring a strategy to effectively counter threats and secure national data.

He said that data had become the most valuable commodity globally and stressed that Pakistan direly needed to produce millions of graduates in the field of cyber security to guard against cyberattacks.

Themed as ‘Hackers Ignited – Journey of young cybersecurity warriors’, the Hackathon was organized by Ignite and the Ministry of Information Technology & Telecom.

President Alvi said that throughout the world including Pakistan, the infrastructure was of vital importance such as banking system, credit card data, telecommunication, electricity and dams, hospitals, etc., and pointed out that anything linked with the internet or cloud was “susceptible to cyber or ransomware attacks”.

He said the recent cyber attacks on the systems of the Federal Board of Revenue and National Bank of Pakistan drew attention towards improving the security of such systems. He said that with changing concepts of security, the country’s defense was linked with enhanced awareness and capabilities to develop and deploy a proper mechanism.

He said that a paradigm shift in cybersecurity was needed with both an offensive and defensive strategy. Instead of traditional brick-and-mortar educational facilities, the short-term online and virtual courses could also prepare the human resources for the market, he added.

Dr. Alvi expressed confidence that the hackathon would help find talent to improve the country’s cybersecurity readiness and incident response capabilities. He said he had been constantly encouraging the vice-chancellors of universities to work towards producing a large number of graduates in the field of cybersecurity.

He further mentioned that the government was offering 50,000 scholarships for students in different academic disciplines with a fifty percent disbursement allocated for girls.

Federal Secretary for IT & Telecom, Mohammad Sohail Rajput, stated that cybersecurity had become a critical domain globally, particularly in the scenario of frequent cyberattacks on national institutions recently.

He said that the IT Ministry was working on an ecosystem fulfilling the needs of safe cyberspace in the country. The hackathon, he said, greatly helped in the identification of talented youth with expertise in hacking and cybersecurity.