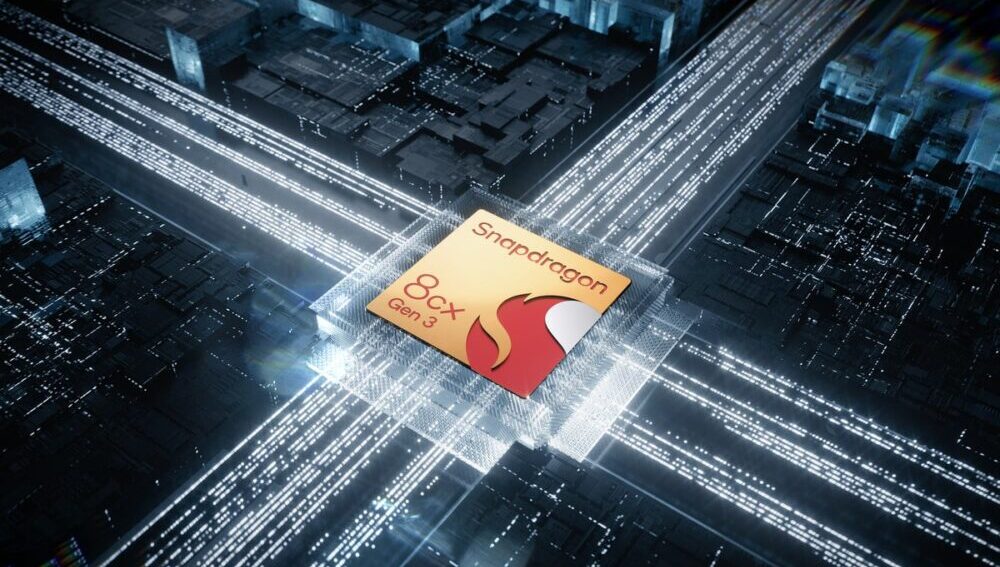 The Snapdragon 8 Gen 1 was not the only major announcement at Qualcomm’s recent Tech Summit. The American chipmaker is also taking on Apple’s M1 chip with the new Snapdragon 8cx Gen 3 meant for Windows laptops. 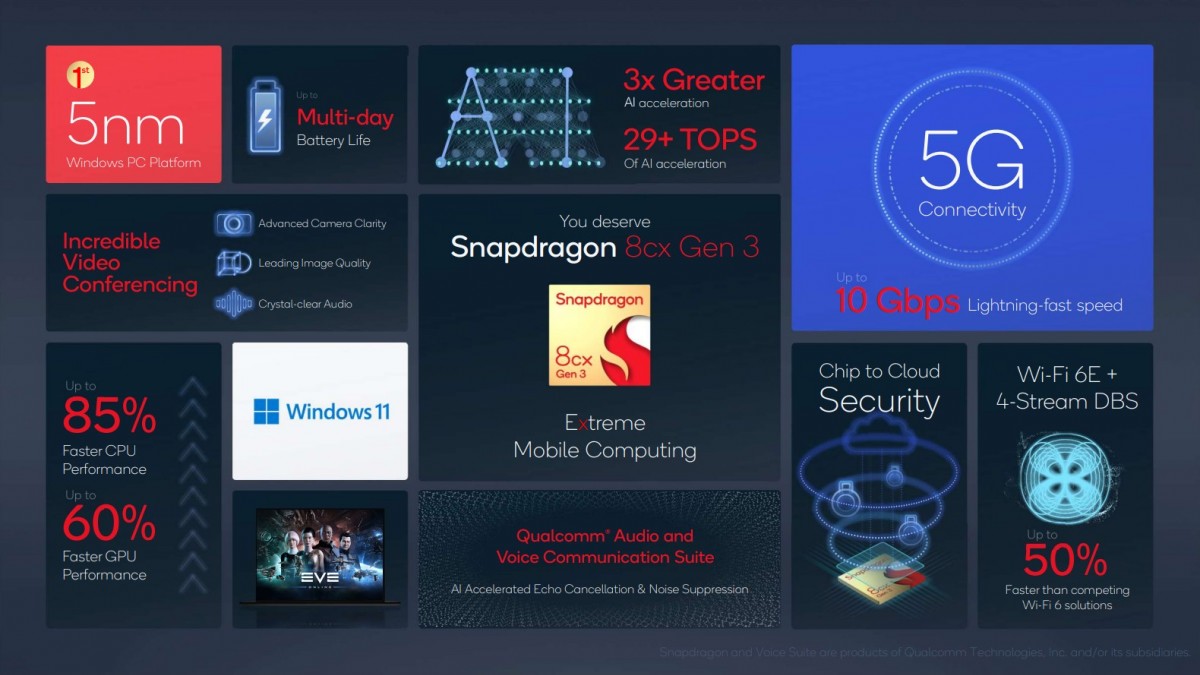 The 8cx Gen 3 is the world’s first 5nm laptop chip and it will target high-end laptops. Qualcomm has not revealed detailed specifications yet, but we know that it will bring an 85% increase in multi-core performance over the last generation. 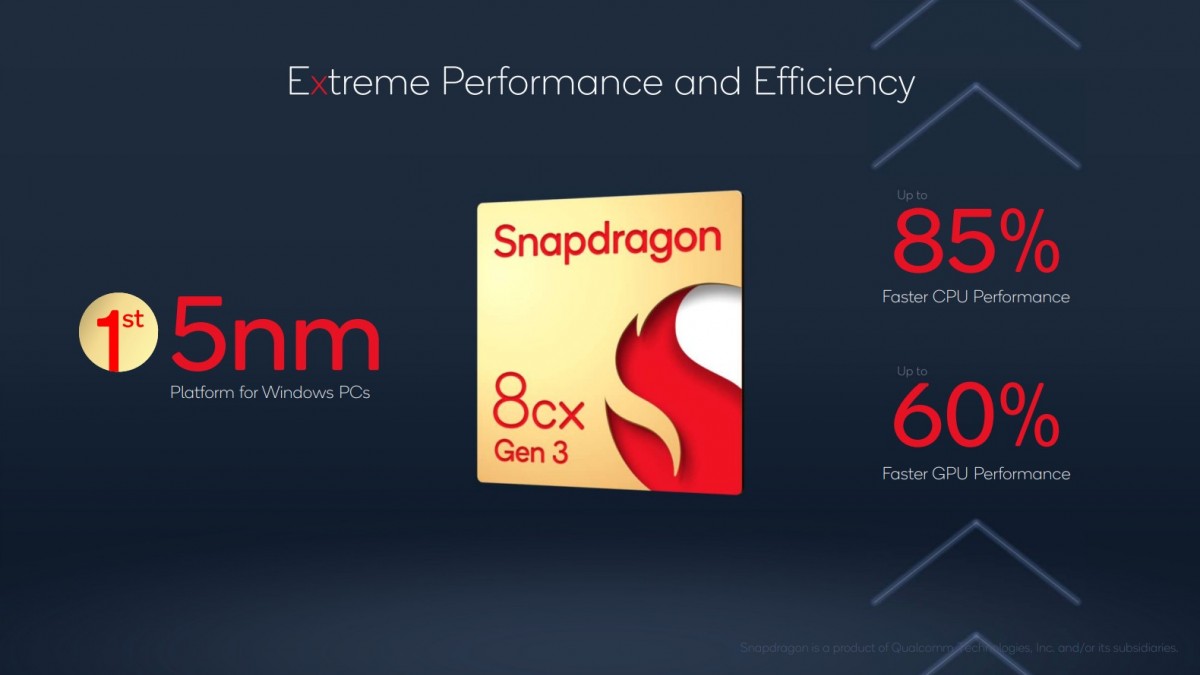 The GPU has received a 60% performance boost while the NPU can now hit 29 TOPS, which is three times more than the last chip. All of these upgrades come with reduced power usage and Qualcomm says that it can be used in fan-less designs as well. The previous chip could do that too but this one will likely succeed in sustained performance. 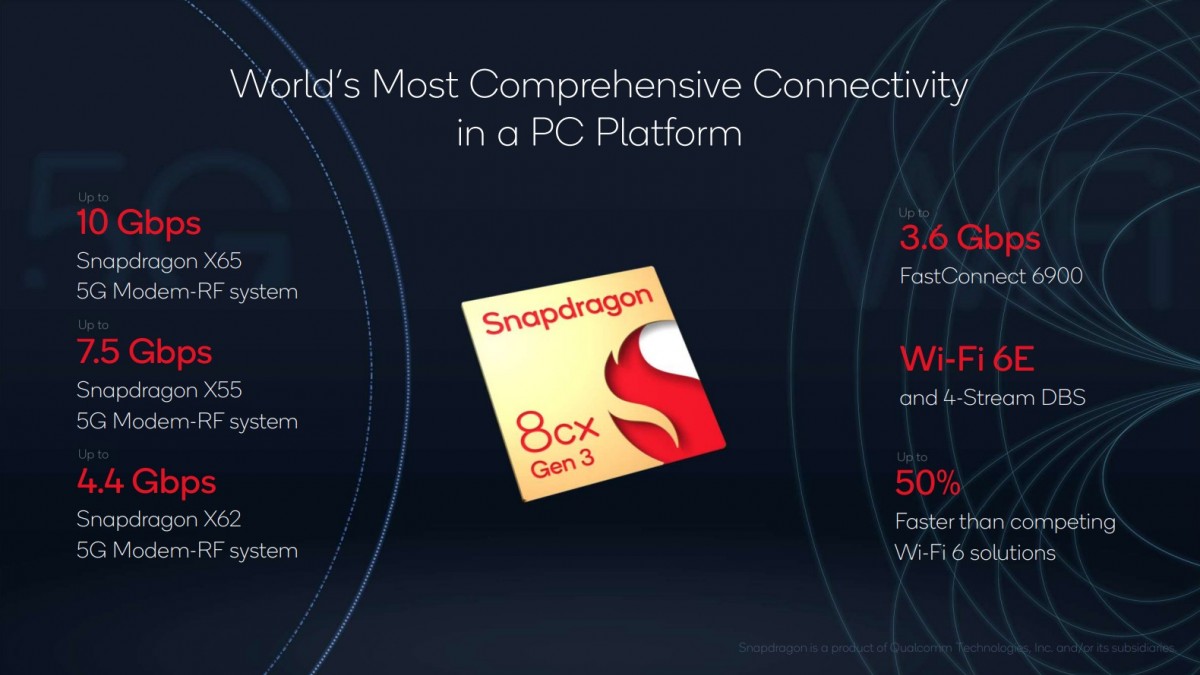 According to Qualcomm, the first Windows 11 laptops with Snapdragon 8cx Gen 3 should arrive in the first half of 2022. We will have to wait and see how they match up against Apple and Intel’s rival offerings.