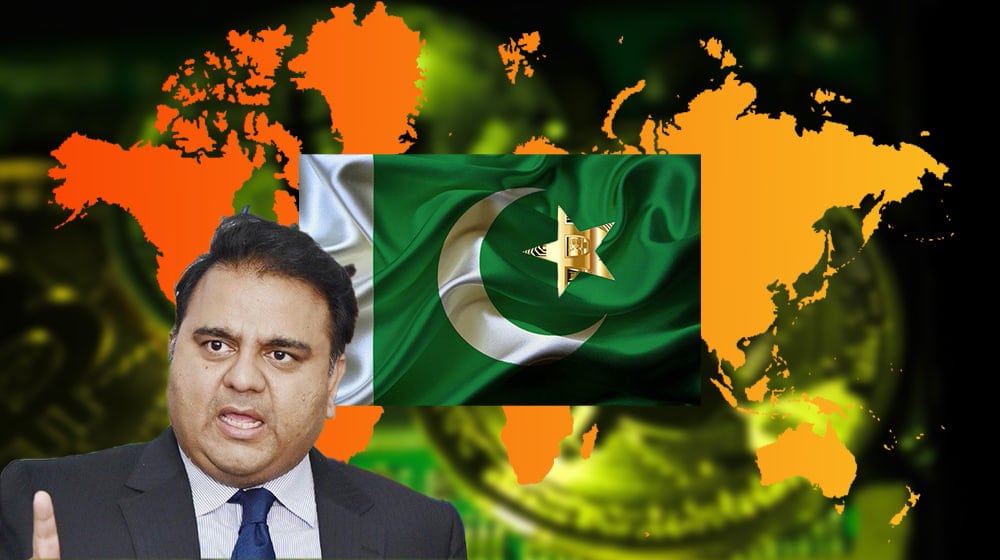 The federal Minister for Information and Broadcasting, Fawad Chaudhry, has indicated that Pakistan does not plan to legalize cryptocurrencies anytime soon.

He explained that there are no assurances behind the money, and the usage of any digital currency based only on the level of trust it has gained in the market cannot be allowed.

“We are also bound through FATF conditions to refrain from allowing any such mode of payment in the country,” he added.

While discussing other reasons for not legalizing cryptocurrencies, the federal minister remarked that digital currencies are too volatile at the moment and do not offer a clear picture of where they are headed in terms of value. However, he did acknowledge that the world will eventually need to evolve toward a unified digital payment system.

Although the issue of regulating digital currencies is nothing more than a question mark in Pakistan for now, the country surprisingly ranks among the top 15 in the world for digital currency adoption as of July 2021.

According to Chainalysis, it is estimated that Pakistan received in excess of USD 1.5 billion in crypto-cash last year, with many analysts suggesting that it could have been a lot more in 2020-2021 if crypto transactions had been made easier and legalized.