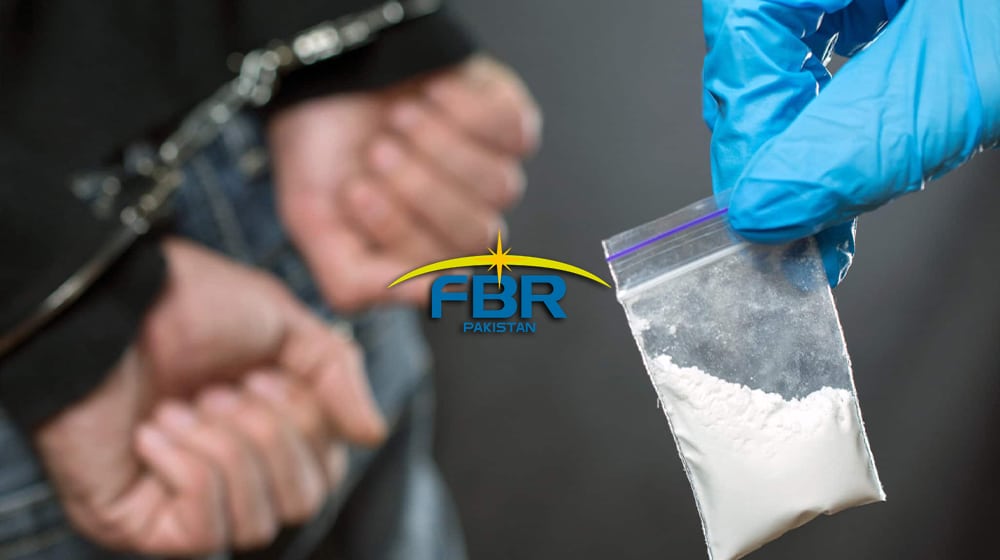 Continuing on its relentless anti-smuggling drive, Pakistan Customs (Federal Board of Revenue) has seized contraband items (narcotics) worth Rs. 1.340 billion that were being smuggled to Pakistan through Torkham in two separate incidents.

In two back to back successful operations, Pakistan Customs, (FBR)has seized smuggled contraband items worth Rs. 1340 Million at Torkham. The huge caches of narcotics (heroine, ice drugs) were cleverly concealed in different parts of the two vehicles used by the smugglers. pic.twitter.com/xwBh8MQ3OF

Customs then took control of the vehicle and drove it to Peshawar (39 km from Torkham). When the fuel tank was cut open, it was found that half of the tank had been welded separately to conceal the narcotics.

Similarly, Pakistan Customs seized a huge cache of 113 heroine powder bags weighing 80 kg, worth Rs. 790 million at Torkham. The vehicle carrying the smuggled items had been flagged as ‘suspicious’ by the Appraisement Collectorate staff, and a thorough examination revealed concealed cavities in the vehicle’s fuel tank and frame that were cleverly welded. The cavities were cut opened and a huge stash of narcotics (heroin powder) was recovered.

The drivers of the vehicles have been arrested, FIRs have been lodged in both cases, and further investigations are underway. The Federal Board of Revenue (FBR) is following a policy of zero-tolerance against smuggling and has increased vigilance and surveillance of cargo movement across the border.

The Minister for Finance, Shaukat Tarin, has commended the FBR for its successful anti-smuggling drive across Pakistan. Likewise, the Chairman of the FBR and the Secretary of the Revenue Division, Dr. Muhammad Ashfaq Ahmed, praised Member Customs (Ops) FBR, Syed Muhammad Tariq Huda, for ensuring zero tolerance for all sorts of smuggling.

He has announced cash awards and merit certificates for the Customs Team posted at Torkham for conducting two back-to-back successful operations, and reiterated his unflinching resolve to fight the menace of smuggling across the country to maximize tax compliance.