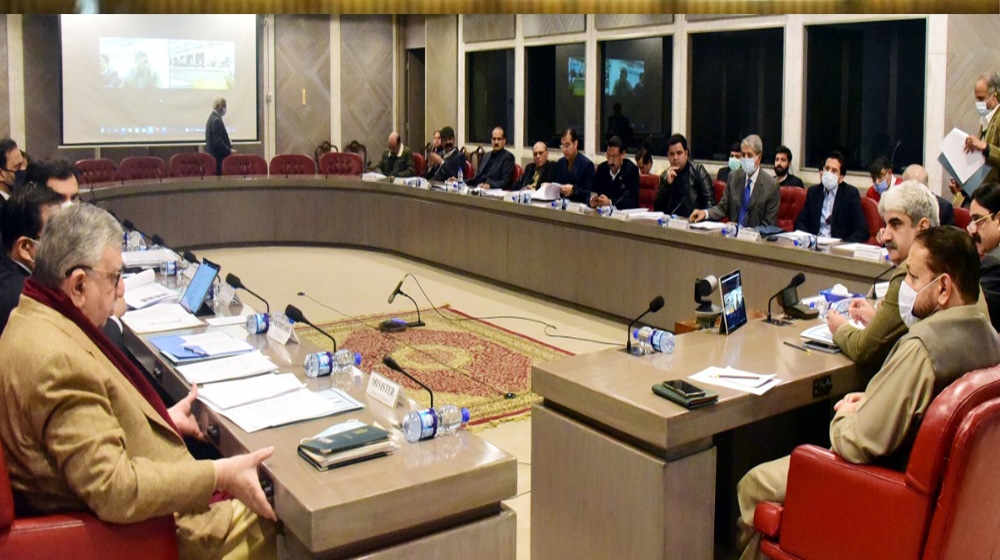 The State Bank of Pakistan (SBP) will remain under the jurisdiction of the government and will be governed by a board of governors selected by the government.

The Standing Committee on Finance of the National Assembly was held under the chairmanship of Faiz Ullah Kamoka today (Monday). It was briefed on the SBP Amendment Bill, with the Minister of Finance, Shaukat Tarin, headlining key legislations.

He stated that the Government of Pakistan will retain its control of the SBP. In extension, the central bank will be controlled by a board appointed by the government. The government will nominate it in due course and will retain all the powers to approve their appointments of the members of the board, he explained.

Minister Tarin said the central bank will not be fully responsible for controlling inflation and will help the government to control it.

He added that the SBP board will be changed if becomes too independent.

In reference to an IMF requirement prohibiting the government from borrowing from the SBP, Minister Tarin stated that the government had not borrowed from the central bank for two and a half years.

Reiterating the previous stipulations for the IMF loan program from March 2021, he commented that some strict conditions were met at that time in exchange for $500 million. He added that the current stipulations are very different, and if things go according to plan, Pakistan may not require loan facilities from the global lender in the future.