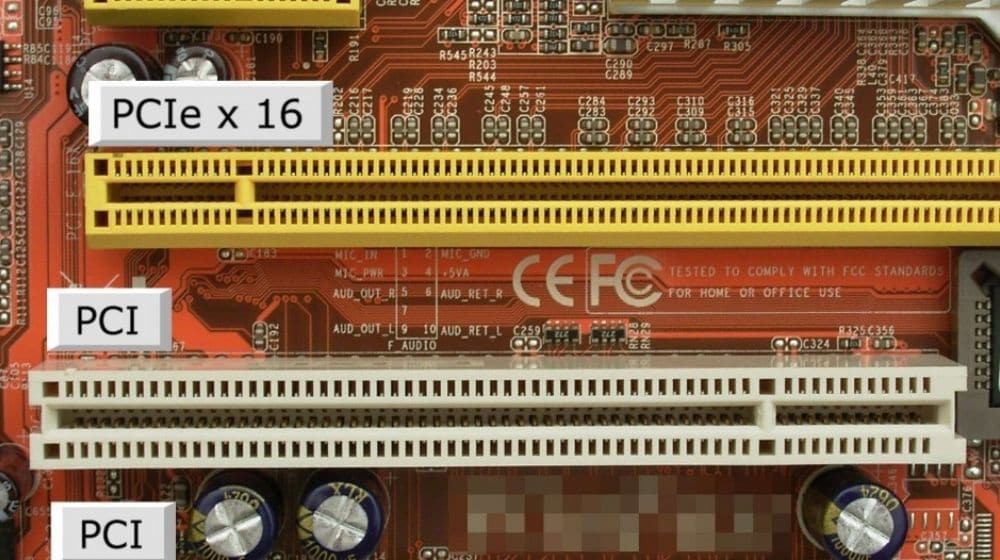 When compared to the first generation, i.e., PCIe 1.0, the PCIe 6.0 is pushing thirty-two times as much data through the same link. This new PCIe 6.0 version will be backwards compatible with previous generations of PCIe. 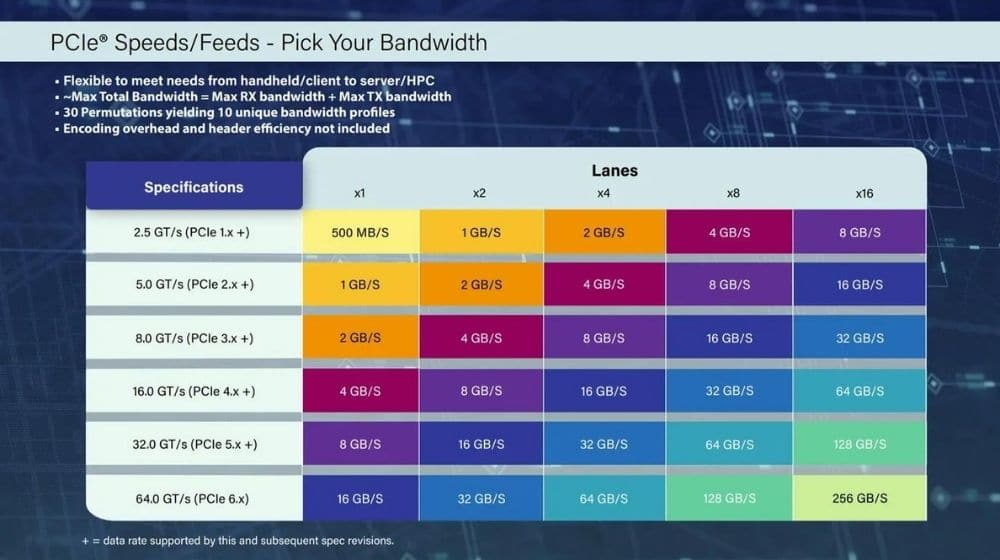 While older revisions of PCI express got faster and faster by increasing their transmission frequencies, it also comes with its fair share of drawbacks. As it turns out, once you cross a certain limit the signal becomes super unstable. So, to cater to this problem PCIe 6.0 uses a technique called Pulse Amplitude Modulation (PAM 4) which can efficiently carry two bits of data at the same time instead of just one, meaning twice as much data is sent per unit of time. However, this also increases the rate of potential errors considering the massive amount of data flowing through a typical PCI express link.

But again to eliminate the chances of error, a few bytes in each chunk of data are reserved for error checking and correction, this allows the PCIe 6.0 to operate at very high speeds without constantly losing signal integrity. In fact, according to recent estimates, instead of an error rate of 1 bit in a million, PCIe 6.0 can operate with only one unfixed error every billion hours. 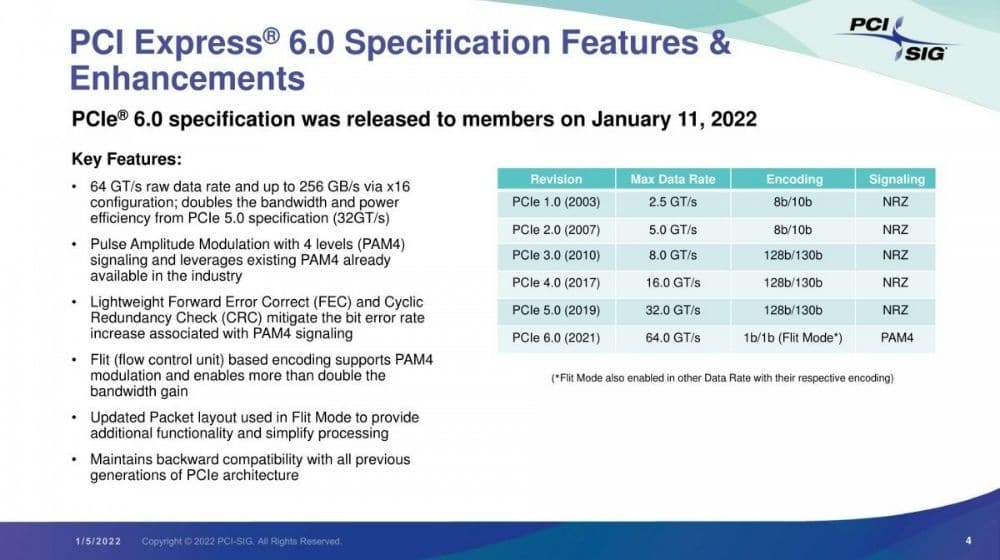 The new PCI Express bus standard will arrive for SSDs, network, graphic cards, and servers in 2023. One of the major benefits of all of this is that as we continue to ask more and more out of our devices, having a standardized interface, that transfers data in bulk at super-fast speeds will ensure mega-size downloads in our SSD’s without having to worry about exceeding the provided bandwidth, streaming 4k and 8k HDR videos as well as keeping up with the ever-increasing demands of latest graphics cards, all at the same time.

However, beyond the scope of home PC and think about all the cloud services applications, from voice assistance to IoT devices to even self-driving cars, all of these gadgets need a high bandwidth interface that can transfer data with super-fast speeds.

The increasing demand for the interface suggests that server operators will get PCIe 6.0 hardware first, but the tech will make its way to consumer products like PCs later on.