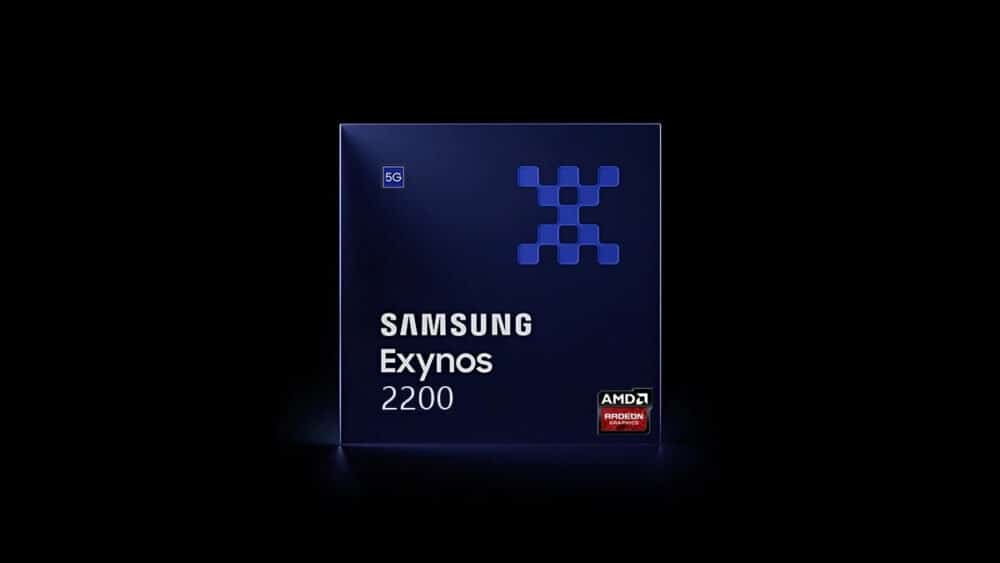 The Exynos 2200 has been an ambiguous launch since the beginning. At first, it was expected to come out sometime in 2021, but it kept being delayed over and over until 2022. Several reports from earlier this month predicted a launch just before the Galaxy S22 in January. But out of nowhere, the announcement has happened already.

The Exynos 2200 is Samsung’s first AMD GPU-powered SoC with RDNA 2 graphics, which have also been used on the PlayStation 5 and the Xbox Series X consoles. Hence, Samsung says that the Xclipse GPU will provide a “console-like” gaming experience on smartphones.

The chipset is based on Samsung’s own 4nm EUV process with an octa-core CPU based on the latest and greatest ARMv9 architecture. The chipset will power Samsung’s upcoming Galaxy S22 lineup in February.

The gleaming AMD GPU is the highlight of the chip, so we’ll start there. But before we do, it is worth mentioning that a lot of technical details of the chipset are missing for now as Samsung has not revealed them. We will update this space as soon as we hear more. Samsung is calling it the ‘Xclipse’ GPU and it is loaded with advanced features for gaming, such as hardware-based ray tracing and variable rate shading. Hardware-accelerated ray-tracing enables beautiful next-generation graphics in video games, while variable-rate shading efficiently manages the load of the GPU to reduce stress and manage power consumption.

The power consumption is managed even more by AMIGO, a Multi IP Governer that controls power draw during heavy tasks like 3D rendering. This will help reduce the battery drain on phones while running high-resolution games.

As for the CPU, it has three clusters in total. A single ARM Cortex X2 prime/flagship core for the most demanding tasks, three Cortex-A710 high-performance cores for slightly less taxing tasks, and finally, four Cortex-A510 high-efficiency cores that save battery while working on easier tasks.

The onboard AI has improved once again thanks to a new brand new NPU (Neural Processing Unit) chip. The improved AI also helps with the upgraded ISP (Image Signal Processor) for taking much more realistic photos than before. The imaging chip (ISP), has support for 108MP resolution in a single camera mode as well as 4K and 8K video recording support.

Samsung has added the Integrated Secure Element (iSE) so you can store private cryptographic keys on your phone for high-end security. The Exynos 2200 also enforces inline encryption, HW, to protect the phone’s memory. It does so by encrypting and decrypting data that goes in and out of the phone’s storage.

The chip is already in mass production and should debut with Samsung Galaxy S22 series on February 8.