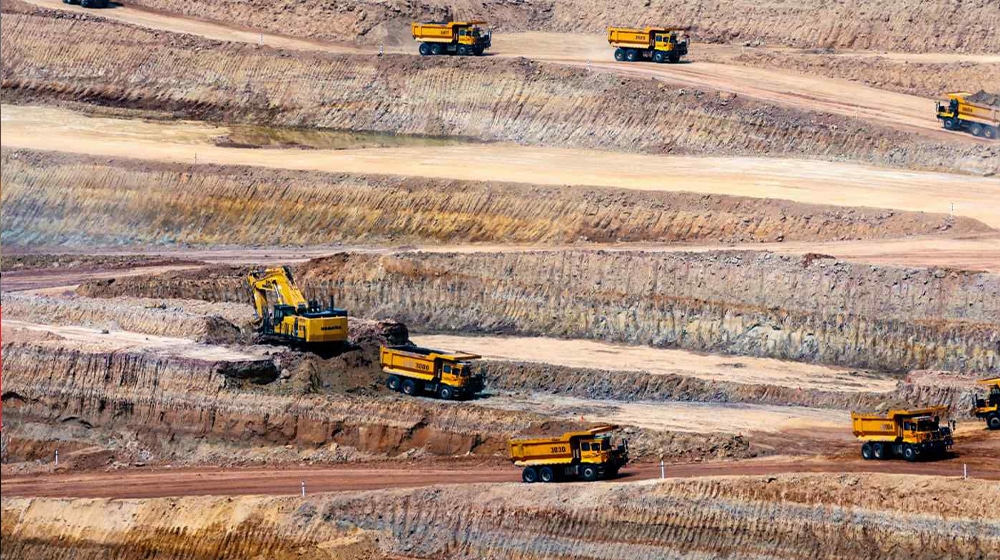 Pakistan has increased its local lignite production in an effort to replace expensive fuel imports that are straining its forex reserves and aggravating the circular debt, reported Nikkei Asia.

The Thar coalfields are being expanded to reduce both the coal imports and a massive current-account imbalance that was exacerbated by rising international commodity prices and shipping costs. Pakistan’s current-account deficit reached an all-time high of $9.09 billion between July and December 2021 as the imports continued to exceed the exports amid the post-pandemic rebound.

ALSO READ
‘Inflation Keeps Me Up All Night’: PM Khan

Work on the third phase of the expansion of the Thar Coal Block II mine will be launched this year at a cost of $93 million according to the Sindh Engro Coal Mining Company (SECMC). In addition to local funds, the second phase of growth is ongoing with the support of the China Machinery Engineering Corp. and Chinese bank loans. A series of expansions is expected to increase the annual lignite output from 3.8 to 12.2 million tons by 2023.

The second phase of development will feed two 330 MW coal-fired power plants that are being developed as part of the China-Pakistan Economic Corridor (CPEC). The power plants will become operational this year. Authorities claim that expanding Thar Coal Block II will lower the price of indigenous coal from $60 to $27 per ton to make it the cheapest power source in the country and save $420 million annually. Pakistan reportedly imports coal at a cost of roughly $200 per ton.

Consequences of Over-Reliance on Coal in Pakistan’s Power Mix

The SECMC says that expanding its mine will result in a decrease of $418 million in the yearly circular debt. However, researchers postulate that burning lignite is extremely harmful as it emits more carbon dioxide and other air pollutants per unit of energy than other fossil fuels.

Lauri Myllyvirta, a principal analyst at the Center for Research on Energy and Clean Air in Finland, remarked that it is unfathomable how Pakistan will meet its climate targets if it plans to increase its dependency on coal by 50 percent in three decades.

Supporters of coal indigenization argue that Pakistan contributes less than one percent of global greenhouse-gas emissions and that harnessing Thar Coal is critical to Pakistan’s goals of increased economic growth through modernization. Regardless, with increased reliance on coal and gas power to tackle its colossal circular debt, Pakistan could jump to the top of the charts in carbon emissions per kilowatt-hour [of energy generation] and possibly leave behind countries like Italy (twelfth), France (eighth), and India (seventh).

According to the Pakistan Bureau of Statistics (PBS), the percentage of coal in Pakistan’s import bill for the year ending June 2021 increased to 24 percent from over two percent in the previous years. Notably, only the power plant at Thar Coal Block II uses indigenous coal at the moment.

The cost of operating thermal facilities has become onerous owing to expensive fuel and the costs of diverting strictly limited freshwater, resulting in the underutilization of the plants.

Furthermore, economic limitations led the government to postpone the fixed capacity payments and subsidies to power companies for years, resulting in a snowballing debt in the country’s power industry. The circular debt in the electricity supply chain currently exceeds $14 billion, accounting for more than five percent of the GDP. Meanwhile, the CPEC power plants still owe almost $1.1 billion incapacity payments.