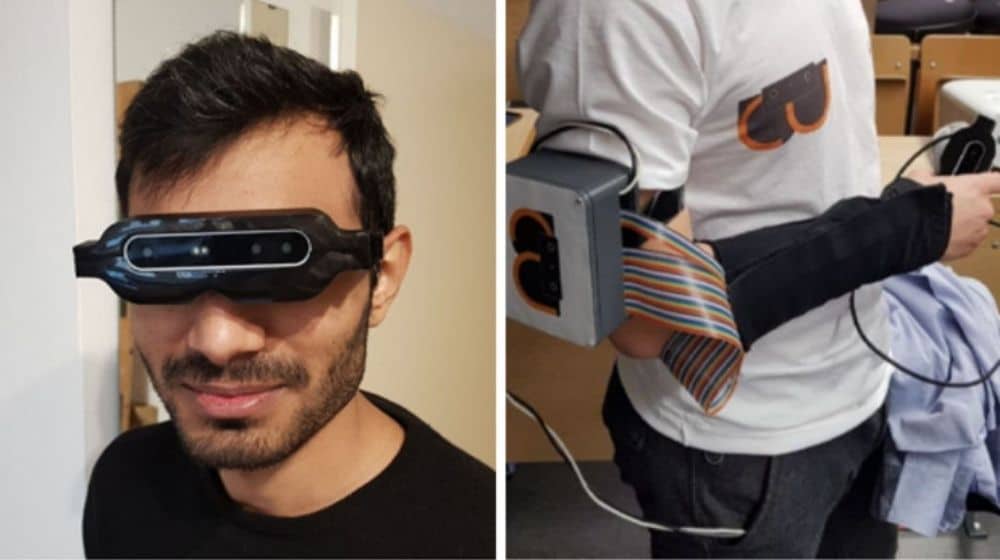 Manuel Zahn and Armaghan Ahmad Khan at the Technical University of Munich (TUM) in Germany claim to have made a 3D navigation system for the visually impaired. The research, which is yet to be peer-reviewed, claims to have the potential to enable them to effortlessly navigate through obstacles in their daily lives.

The technology features the underlying mechanism of fitting vibrating pads on forearms, this enables the users to keep their hands free while they navigate safely through the environment. The technology has been developed to eliminate the use of traditional tools, such as the use of canes for navigation, which causes problems.

Although the cane allows a good detection method for objects in the user’s immediate vicinity, it lacks the ability to detect obstacles placed much further away.

The new technology uses a pair of infrared cameras embedded in 3D-printed goggles to capture a stereoscopic image, that can then be used to create a map of the vicinity. The plus side here is that since the goggles are equipped with infrared technology, they can work even in the dark, a feature that can be useful for other use cases. The new technology also features an armband for haptic feedback that uses 25 actuators, the vibration intensity of the actuators helps users detect the distance from an object along with the object’s orientation. 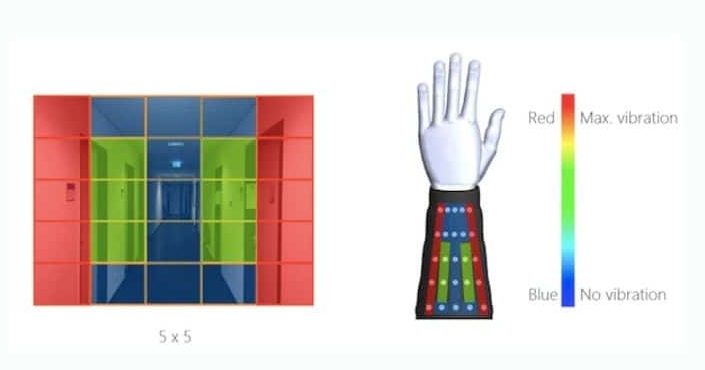 Similar to the haptic feedback features used in videogames, as the user gets closer to an obstacle, the vibration intensity of the respective actuators gradually increases.

It’s an intriguing idea for people who are either visually impaired or have low vision problems. During the testing phase, the device gave as much as 98 percent accuracy while navigating its path through the planned obstacles.

In recent months, we’ve witnessed advancements aimed to make life easier for the visually impaired and provide them with a sense of independence. From the world’s first 3D-printed prosthetic eye to this new haptic feedback system, all these advances seem to promise great potential for helping users to regain vision via state-of-the-art technology.