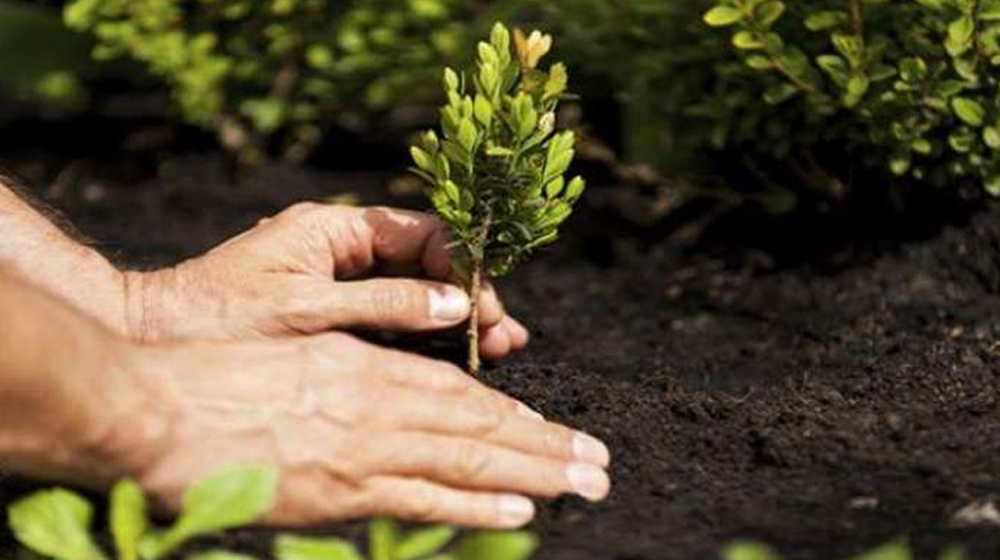 The Special Assistant to Prime Minister (SAPM) on Climate Change, Malik Amin Aslam, announced on Sunday that an overarching strategy for launching a nationwide spring tree plantation campaign has been formulated in consultation with all the forest departments.

Prime Minister Imran Khan is expected to kickstart the spring tree plantation campaign 2022 on 22 February, which is also annually observed as Plant4Pakistan Day.

“We have set a whopping target of planting over 540 million plants all over the country during the spring season spread over February to April under PM Imran Khan’s Ten Billion Tree Tsunami Programme (TBTTP)”, the PM’s aide elaborated.

The spring tree plantation drive will also be observed by the members of all the governmental and non-governmental civil society organizations, including educational institutions, political leaders, the National Assembly, and the Senate members, the SAPM said.

As many as 674 events have been planned as a part of the countrywide Spring Tree Plantation Campaign on Plant4Pakistan Day tomorrow. The events will be arranged and organized by the provinces with the active participation of people from all walks of life including 7,50,000 scouts, Malik Amin added.

He said that around a single day target of planting 3.943 million saplings on Plant4Pakistan Day has been set while the 12.239 million plants will be made available at various plantation sites all over the country for the general public. Besides, 249.64 million plants will be available at various officially-designated nurseries in all provinces, including AJK, and GB.

SAPM Amin emphasized that a three-month (February-April) season provides an unprecedented opportunity to plant as many trees as possible all over the country to deal with various environmental problems.

“Planting a tree in spring gives the tree an early start in the growing season. It can then spend the summer and autumn settling in and building a root system before the cold weather arrives,” he explained.

“However, all-out efforts should be taken to take full benefit from the ongoing spring season, by planting saplings on a large-scale in the country. Because this is the second major season after monsoon when the soil is ready after receiving good winter rains to let the seedling grow fast and hold their grip on soil strongly,” he continued.

Highlighting the importance of the forests, he said that Pakistan cannot cope with climate risks, particularly floods, torrential rains, desertification, rising sea levels, and heatwaves, which have become increasingly frequent due to global warming without increasing the tree cover.

“Forests hold back floodwater by nearly 72 hours and hence, reduce the intensity of the deluge water, lower chances of deaths and roads, building infrastructures, bridges and standing crops from being washed away or wiped out,” the SAPM said and underlined the need for the conservation of soil and how trees can play a vital role in this regard.

“Being a method to maintain the fertility of the soil by protecting the soil from erosion and nutrient loss, the soil conservation is important because it is crucial for many aspects of the human life and non-living beings. For, it does provide food, filters air and water and helps to decompose biological waste into nutrients for new plant life,” he explained.

Soil conversation involves working to reduce contamination and depletion. Certain human activities can result in the erosion of soil, such as land being cleared for farming or timber, the PM’s aide said.

“These globally-recognized and well-adopted practices can also affect the quality of the soil. One way to help increase quality is to rotate crops frequently or to add materials back into the soil,” he remarked.

“Soil may take hundreds or thousands of years to form, it is not easy to replace. Therefore, soil can be considered a non-renewable resource. If we do not take care of soils, we can ruin or even lose them,” he cautioned.