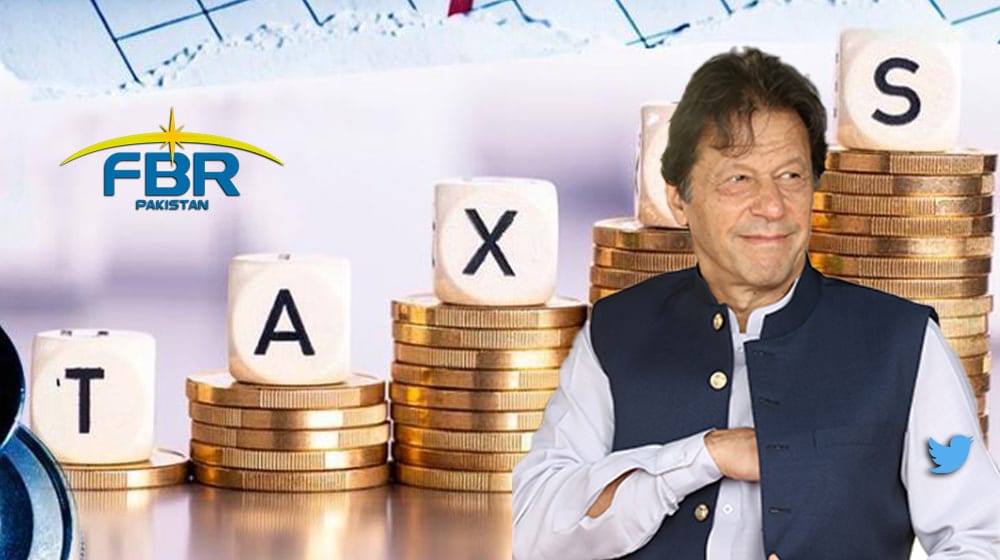 Prime Minister Imran Khan, recently unveiled a big relief package, announcing amnesty for investors and cutting fuel prices along with a reduction in electricity tariff. He has now revealed how the government managed to fund the price cuts despite rapidly increasing international oil prices.

In a tweet earlier today, the PM noted that during February, revenue collection exceeded the monthly target, displaying strong growth of 28.5 percent and a month-on-month increase of above 30 percent. The premier noted, “Because of this performance of FBR, we are able to subsidize petrol, diesel, and electricity and give relief to our people.”

FBR has successfully knocked down Feb revenue target of Rs. 441 billion, posting robust growth of 28.5 percent, and up to the month growth of over 30 percent. Because of this performance of FBR we are able to subsidise petrol, diesel and electricity and give relief to our people.

He has appreciated the Federal Board of Revenue’s (FBR) efforts for collecting record revenue of over and above Rs. 441 billion during February 2022.

“Congratulations! FBR has successfully knocked down the February revenue target of Rs. 441 billion, posting robust growth of 28.5 percent, and up to the monthly growth of over 30 percent. At this run rate, we will achieve our annual revenue targets. Insha’Allah,” he said.

The PM’s remarks come just days after the FBR released provisional revenue collection figures for July 2021 to February 2022 of the Financial Year 2021-22.

In numbers, the FBR exceeded its eight-month tax collection target by Rs. 268 billion. According to the data, FBR collected net revenue of Rs. 3,799 billion from July 2021 to February 2022, which represents a growth of about 30.3 percent over the collection of Rs. 2,916 billion in the corresponding period last year.

Similarly, the tax machinery exceeded the revenue collection target of Rs. 441 billion set for February 2022 by Rs. 2 billion and has collected Rs. 443 billion for the period in review.

On the flip side, the Inland Revenue collection increased by 29.0 percent from July 2021 to February 2022 as FBR collected Rs. 3,177 billion against Rs. 2,463 billion from last year. Likewise, Pakistan Customs collected Rs. 622 billion as compared to Rs. 454 billion from the same period last year.

On the other hand, the gross collections increased from Rs. 3,074 billion in July-February 2020-21 to Rs. 3,996 billion in the current Financial Year, showcasing a 30 percent increase. Likewise, the number of refunds disbursed was Rs. 197 billion from July 2021 to January 2022 as compared to Rs. 157 billion paid last year, thus representing an increase of 25.4 percent.