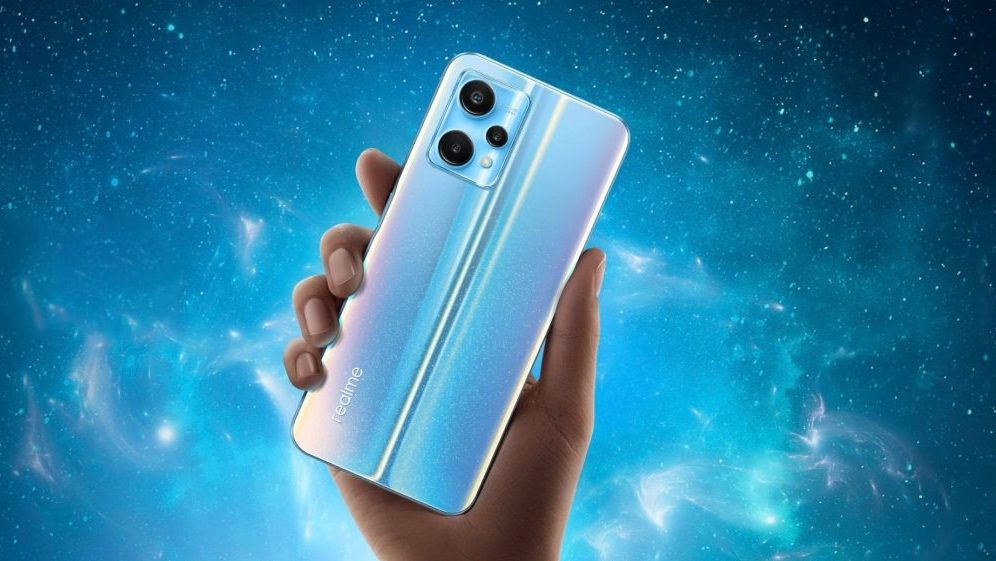 Color-changing smartphones are starting to gain traction once again. As such, the Realme V25 5G has just been announced as a mid-range phone that can change colors under the sun. The phone can even reach up to a whopping 19GB of RAM. Upfront, the display is a 6.6-inch LCD with 1080p resolution, 120Hz refresh rate, and a punch-hole selfie camera in the top left corner. The fingerprint sensor is mounted on the side and it doubles as the power button.

As mentioned earlier, the rear panel can change colors in the sun if you hold it for a few seconds. This is due to a photochromic layer on the back that can change from light blue to red under sunlight.

Following the Redmi Note 11, almost all smartphone makers are releasing phones with the Snapdragon 695, an upper-midrange SoC. This is paired with 12GB RAM, something that is typically limited to flagship phones these days. Better yet, the phone can reach up to 19GB of RAM through the Dynamic RAM Expansion (DRE) feature.

You get up to 256GB UFS 2.2, but there is no memory card slot for expansion. As for software, the phone will boot Android 12 out of the box with Realme UI 3.0 on top.

The main camera setup is rather underwhelming for a mid-range device. It includes a 64MP primary shooter, but only a 2MP macro camera alongside another 2MP B&W lens. There is no word on video recording capabilities, but the phone can likely do 1080p video clips as well as 4K.

The punch-hole selfie camera is a 16MP wide-angle lens that can record 1080p videos.

Battery specs include a 5,000 mAh cell paired with 33W fast charging. This should fill the phone up to 100% in a bit more than an hour.

The Realme V25 5G has been launched in China for $316 in Morning Star, Purple MSI, and Sky Black color options.