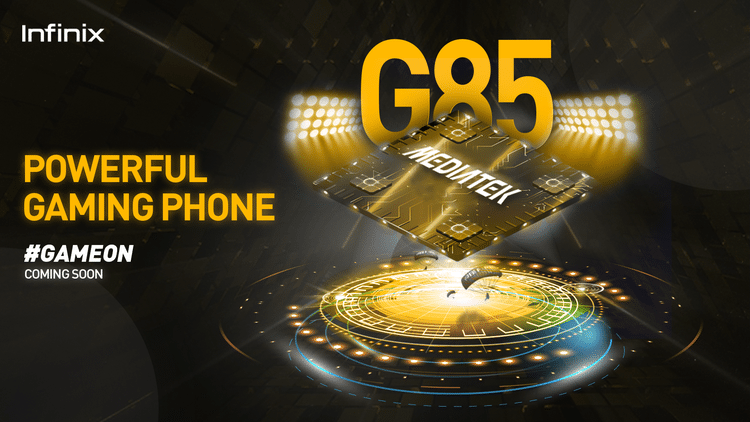 The gaming industry across the world has witnessed massive growth recently. In Pakistan, it gives an average annual revenue of $25 million as reported by Newzoo, a global leader in providing Esports analytics.

This recent development is made possible by technology giants successfully meeting the market need for better gaming smartphones. Not only technology brands in Pakistan, but the Government and multiple gaming-based avenues have also been fueling this movement in the country. Recently, the biggest Esports event i.e.

FreeFire Premier League 3 took place which provided a platform for gaming enthusiasts for showcasing and proving their gaming ability. It was supported by Pakistan’s leading smartphone brand, Infinix; which is now all set to introduce their new gaming smartphone series i.e. Infinix HOT 12!

Looking at the essential features of gaming smartphones, the maximum emphasis would always be on powerful and dedicated gaming chipsets. Ideally, octa-core processors with two Arm Cortex boast an unbeatable gaming performance, a must-have for avid gamers belonging to various price segments.

If there would be a way to combine Gaming chipsets with Gaming engines like Dar-link, the combination will surely deliver results like never seen before. Luckily, the Infinix HOT 12 series will also set its mark for doing so.

While gaming on HOT 12, the Intelligent Voice Algorithm of Dar-Link 2.0 gives the player a competitive edge by helping them locate rival’s footsteps and swift movements easily.

Also supporting multiple customizable in-game display options, this combination of MediaTek Helio G85 with Dar-Link 2.0 is everything the Esports industry needs for redefining the benchmarks.

Further Specifications and details regarding Infinix HOT 12 will be announced soon. So, all the gaming and tech-savvy users should stay tuned for the upcoming launch of the Infinix HOT 12 series!