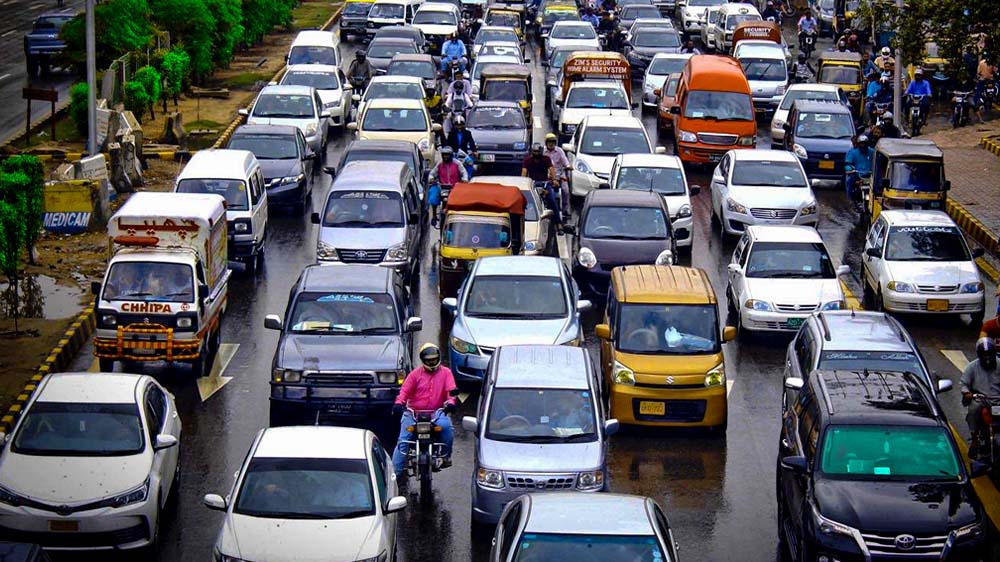 Numerous complaints are rolling in about Karachi’s deteriorating traffic due to non-functional signals at several crucial spots. According to a report, these signals are supposed to be controlled by the city traffic police but have been out of order for several years.

A report from Tribune adds that the authorities have deliberately left the signals in a non-functional state due to the lack of police personnel. He added that:

At present, there are very few people belonging to Karachi in the local traffic police force. During the past 14 years of the Pakistan People’s Party government, most of the recruitments in the department have been from other parts of Sindh, who are then transferred to the Karachi traffic police. These recruits, mostly being from rural sectors, have no training in managing traffic in an urban metropolis like Karachi and do not understand the needs of the traffic system here.

An official from the Traffic Engineering Bureau who requested discretion also claimed that a reason for poor traffic is the lack of awareness on the part of some relevant personnel. He highlighted that people from interior Sindh usually have no idea of the purpose of a traffic signal.

He further elaborated that:

In the last financial budget, government had planned to install traffic signals in many cities of Sindh with the help of the Traffic Engineering Bureau. However, only a few signals were installed. The Sindh government closed the project saying that the usefulness of traffic signals was not visible. This explains why traffic police officials who are transferred from interior Sindh do not realise the importance of a traffic signal and try to manage the flow of traffic manually instead.

ALSO READ
Here’s How Many Vehicles Entered Murree on Eid

He stated that the Karachi traffic police department should consist of more locals who are competent, responsible, and understand the city traffic and how to manage it. Several issues that cause traffic jams and accidents in Karachi point to the local government’s negligence.