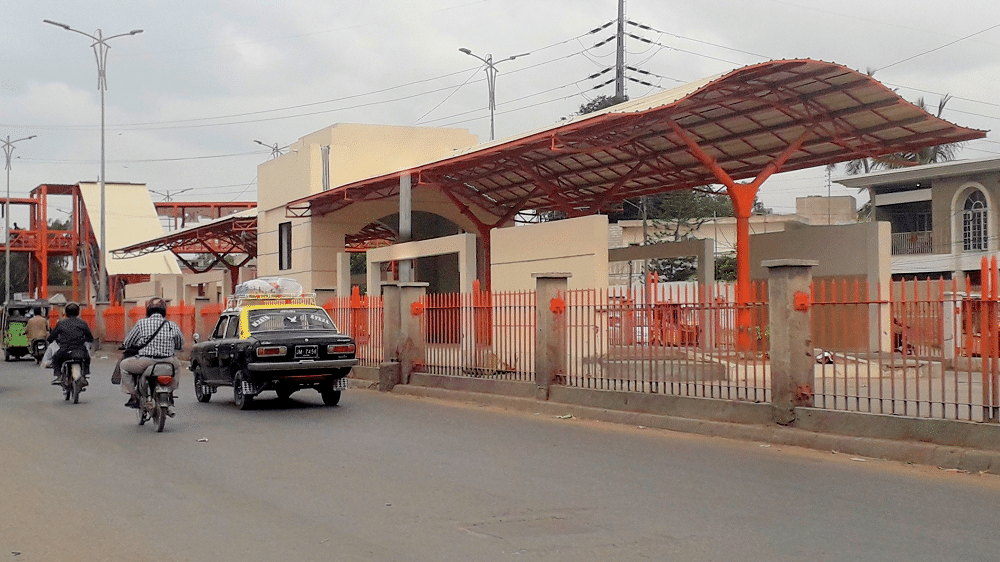 Orange Line BRT Karachi project is being completed at full speed as Sindh Transport Minister Sharjeel Inam Memon has announced the arrival of twenty buses on Wednesday, May 11.

He announced the date during his visit to the project site in Karachi saying:

Some 20 buses of the Orange Line project are arriving at Karachi Port on May 11.

Officials delivered a progress report to Sharjeel Memon, at which the Sindh Transport Minister advised the authorities to set up a camp office at the Orange Line Depot.

He had chaired Sindh Mass Transit Authority’s meeting recently in which he instructed the officials to complete the Orange Line BRT within one month.

This project was started by former chief minister Qaim Ali Shah and intends to aid 50,000 residents of Orangi Town. The bus project spans a distance of four kilometers, covering key points from Orangi Municipal Office to Matriculation Board Chowrangi. A total of thirty buses will cover the whole track.

This project is dedicated to the lifetime philanthropic efforts of Abdus Sattar Edhi, and after its announcement in 2016, was expected to be completed in a year.

The inauguration of this project within 30 days will put things in the right direction. Furthermore, the Sindh government has also announced the inauguration of two more mass transit projects, namely Red Line BRT and Yellow Line BRT.

To date, the only mass transit project functional in Karachi is Green Line BRT, which was inaugurated by former prime minister Imran Khan on December 25. Its foundations were set by former PM Nawaz Sharif back in 2016.