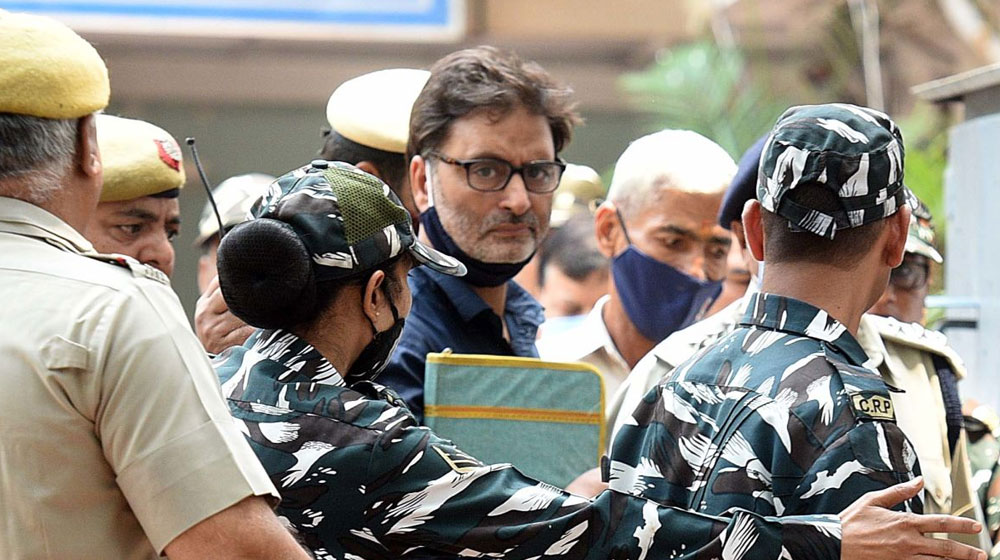 “Like other colonialists, India has sought to portray the Kashmiri freedom struggle as terrorism,” he said.

“The conviction and sentencing today by an Indian kangaroo court of the Kashmiri leader, Yasin Malik, is the latest illustration of Indian oppression,” he said. He quoted Prime Minister Shehbaz Sharif’s statement that India can imprison Yasin Malik but it can never imprison the idea of freedom he symbolizes.

Reacting to his statement, Indian representative, Vidisha Maitra claimed that Jammu and Kashmir were an integral part of India.

However, Pakistani representative, Qasim Aziz Butt, rejected India’s oft-repeated claim, saying Kashmir was a disputed territory. He referred to the UN resolution 47 of 1948, resolution 91 of 1951, and 122 of 1957, besides other resolutions of the United Nations Commission for India and Pakistan, notably those of August 1948 and January 1949.

Butt said that India was bound to comply with those resolutions in line with Article 25 of the Charter of the United Nations.

“Only an occupier will oppose the implementation of Security Council resolutions that promise self-determination to the people of the disputed Jammu and Kashmir,” he said.

The Pakistani representative accused India of promoting state-sponsored terrorism against its neighbors.

Butt highlighted that the incumbent Indian government was unleashing state-directed terrorism against all minorities.