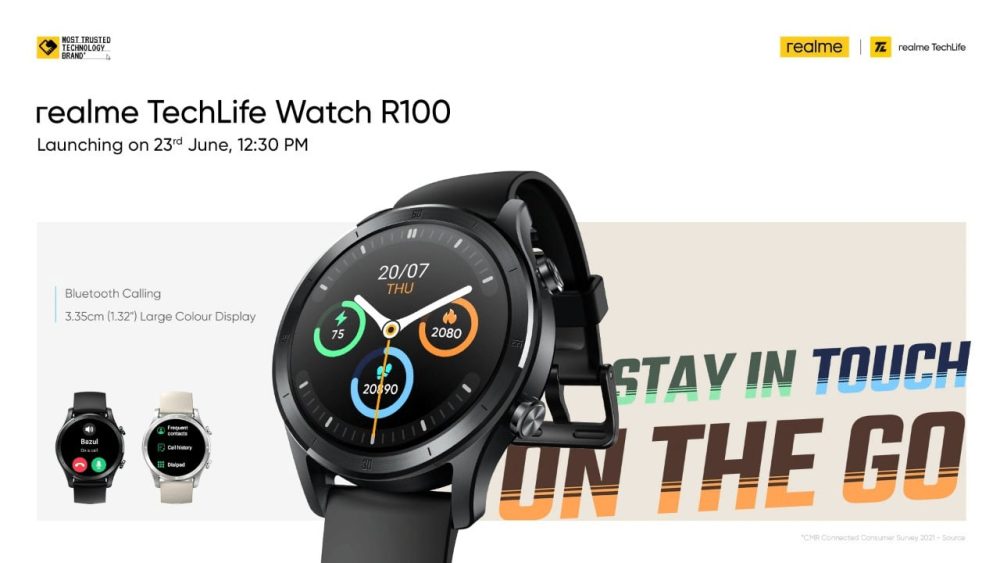 Realme plans to unveil the budget C30 handset next week, but that’s not the only affordable device coming at the launch event. The Chinese brand is also prepping to launch a new smartwatch dubbed the TechLife Watch R100 on June 23.

Realme has not announced its pricing yet, but given its design and specifications, it is clear that it will be a budget smartwatch.

Are you ready to always #StayInTouchOnTheGo?

The #realmeTechLifeWatchR100 is coming soon with features that keep you fit, stylish and always connected🙌

Realme has already confirmed a few specifications for the wearable including a 1.32″ TFT color screen with a 360 x 360 resolution. It will sport a matte rear cover and an aluminum alloy frame. There will be two buttons on the side, reminiscent of the Watch S and Watch S Pro. 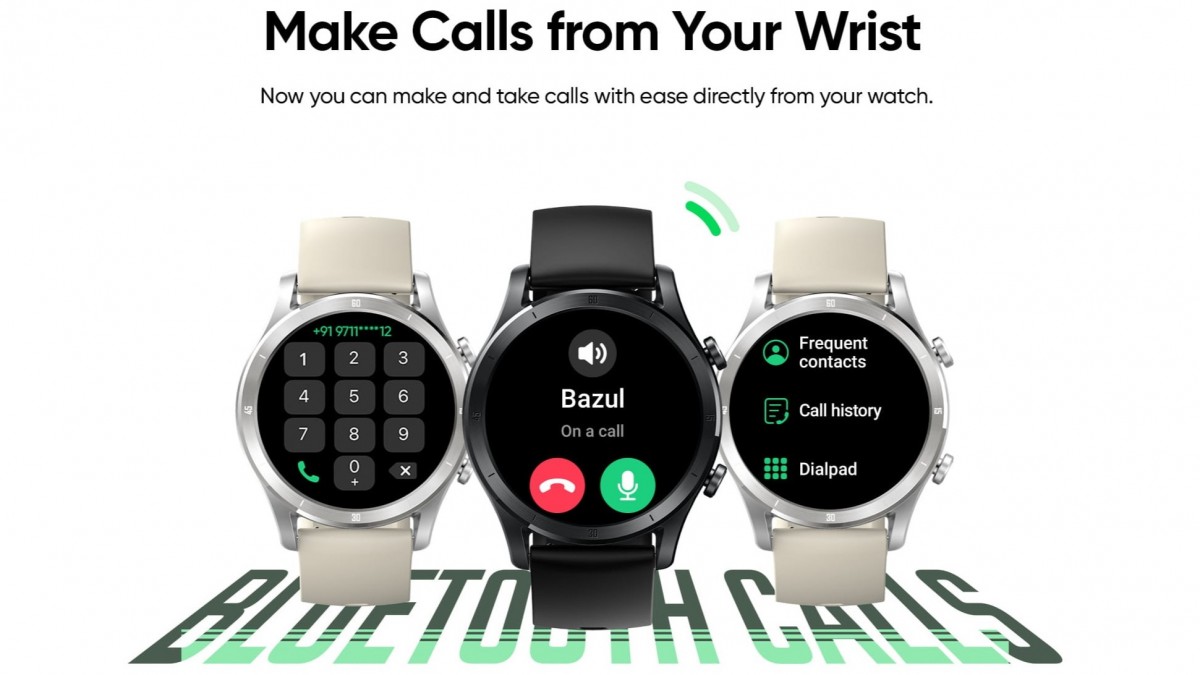 It will have support for Bluetooth calling through your smartphone and a 380 mAh battery that can last up to 7 days of average usage. It can charge back up in around 2 hours. Realme has also confirmed multiple color options as shown in the image above, but it is unclear whether the straps will be available separately for more customization.

Realme has not said anything about its sensors either, but we can expect to see the usual smartwatch features such as health and fitness tracking including heart rate monitoring, sleep tracking, sports modes, and more. It will likely also have several watch faces to choose from.

The Realme TechLife Watch R100 should be available for cheap once it launches on June 23.